It’s time for another fake magazine cover! SALT was inspired by the salt crystals I found on the side of my truck last week. Winter is here & I’m trying B’LASTER Surface Shield, etc. This one’s inspired by the willful destruction of vehicles in the name of public safety in the rust belt. And since the last fake cover generated more engagement than just about anything I’ve published in the last two years, I’ve added context to make things more worth your while. Thanks for checking in.

I left Arizona with a couple tiny rust spots on my Montero. Within a month of moving to Iowa, the humidity alone turned every rock chip and sandblasted surface bright orange. I knew winter would bring salty roads and make things worse. I knew I had to do something about it.

Andrew and Brad told me about Fluid Film. Considering they grew up in New England, I trust them when it comes to this sort of thing. Unfortunately, nobody in Iowa City applies Fluid Film these days. The only shop even mentioning it (that I found through the Fluid Film website) said it’s so messy and disgusting they’re not doing it anymore.

A few minutes of YouTube research later, I discovered B’LASTER’s Surface Shield was lanolin-based like Fluid Film, but likely performs better over a longer period of time. I ordered a case of six spray cans, a couple ergonomic spray can handles, and some spray straw extensions from Amazon.

I also bought the thickest plastic sheet I could find, a disposable, painter’s bunny suit, safety goggles, and particle masks at Harbor Freight.

On the last 70-degree day of the year, I enjoyed a leisurely dinner with V&P, then rolled out to the garage where I’d already parked Fezzik on plastic for what I thought would be an hour or so spent casually spray painting Fezzik’s underbelly. And then I remembered my awesome ADD skid plates.

Long story short I got in the shower a little after midnight, after four hours spent applying what is—without a doubt—the nastiest, most disgusting and unholy thing I have ever encountered working on cars. It. Got. Everywhere.

It was a gloomy, overcast Wednesday with blowing snow, sleet, and freezing rain. A perfect day to drive two-plus hours to the office in Ames. Fezzik ran great, but a wet, sub-freezing headwind made keeping warm more challenging than Fezzik or I were used to. Monitoring a variety of sensors over bluetooth, I noticed my coolant temps weren’t quite reaching the thermostat’s 190°F trigger point.

A couple days later, once things thawed a bit (and I’d hosed off all the salt), I slipped a flattened cardboard box between the radiator and core support. I figure it’s blocking 60-70% of the surface area. Of course, ambient temperatures have been steadily climbing since that trip to Ames, but I’ve been watching my CLT to make sure things don’t get too hot. It would be ironic to overheat in freezing weather—not impossible.

A bit redundant, I just passed through DSM on my way to Workiva HQ in Ames. I’m a customer success manager there and all our CPX (Customer and Partner Experience) leadership flew in from across the country for some meetings. It was a good excuse to make the drive and spend the day in the office with teammates in person. Ironically, at least one of these folks is based in Scottsdale. We had drinks at a bar near Iowa State University.

‘Round here, “DSM” means Des Moines, which I’m told is French for The Moines. The original inhabitants likely called it something else, but you know how that goes. To me, “DSM” means Diamond Star Motors, but it’s been 23 years since the last DSM rolled off the assembly line in Normal, Illinois—which happens to be about three hours the other direction. It’s novel living almost halfway between the city of DSM and the city where all DSMs were built for a decade.

From the You Should Have Done This Months Ago Department, I couldn’t help but notice Fezzik was still missing mudflaps and splash shields the night I covered everything in cat puke-scented Surface Shield.

I’ve found all the part numbers for the missing splash shields that originally came on the truck—six in total—and I’ve ordered them a couple times (shipping is more than the parts!) Unfortunately, none of the dozens of sites peddling Mitsubishi parts these days actually has them in stock so I decided to make my own.

I bought a few sheets of 1/16″ (1.5mm) ABS plastic and a set of universal Rally Armor flaps over the summer, but I’ll be damned if I installed any of it. Maybe on a sunny day this winter in the garage next to a couple space heaters. I have several of those now.

Every professional four-wheeler I’ve come across says the same thing about manual hubs and 4WD—engage and use it anywhere there’s a chance you might need it. I swapped my auto-locking, factory hubs for a set of manual, Aisin units last year for the usual reasons; fuel economy, driveline wear, a non-disconnect 4.90 axle out of an AWD Sport. The truck was made with 4WD performance in mind. It’s been nice having it all just work lately.

It may not officially be winter yet, but it’s effectively winter in my book.

Until next time, keep going fast with class and press on regardless. 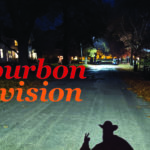