I’ll never forget the night my dad bought his first Toyota Hilux. It was 1986. I was nine. While Dad was negotiating and doing paperwork, I quietly wandered the showroom floor.  A sales rep saw me trying to look inside the Light Blue Metallic MR2 (AW11) and told me to go ahead and get in the driver’s seat.

Through the windshield, I saw the entire showroom reflected back at me in the ceiling-to-floor windows. It was fully dark outside. The cars were parked on bright, white marble, sparkling in an array of high intensity spotlights. The broad, white stripe reflected across the bottom of the entire showroom window was broken by only the front, passenger, three-quarter view of me in that MR2.

I have been madly in love with them ever since.

Sadly, I’ve never even driven one. You know those things you don’t do because you know you’ll fall in love with them but won’t be able to do it up right for whatever reason? For me, the MR2 is one of those things. Forbidden fruit, I guess. And yet, the heart wants. I’ve been asking various MR2 owners on Instagram for an interview since the first week of It’s an Amazing Machine. Steve Williams was the first to actually respond.

You know how you want a first gen MR2, and a second gen MR2, and maybe even a third gen MR-S? So do I. And so did Steve. He has four now.

[you] Well thank you, much appreciated. I’m Steve Williams and I own a skate company [ called Dead Canary Skateboards ].

[tgp] I’ve been looking for an MR2 owner for over a year. You’ve got one. Actually, I think you’ve got more than one. And did I just realize the blue one is a RHD JDM import? How many MR2s do you currently own and can you tell us a little bit about each?

[you] Sure, no problem. And yes, you are correct, the blue one is RHD and my two-toned white supercharged AW11 is RHD as well. I own four MR2s currently.

[you] Oh man. No doubt I couldn’t agree more, and I can sum it up with one word—EVERYTHING. Absolutely everything! But if I have to elaborate—first of all, it’s an incredible driving experience and, like I tell everyone, is hard to put into words. You just have to drive one to understand. It is the most fun I have ever had behind a steering wheel and I’ve driven a lot of cars at all different price ranges. The responsiveness in the steering is incredible. You point. It goes.

Definitely love the fact it’s a mid-engine, rear wheel drive sports car that was actually affordable. I mean, you normally only see that in high end sports and supercars. The quick spooling turbo that almost completely eliminates lag, the way the seats feel, the T-tops, the pop-up headlights, how low it sits, the minimalist dash, the ergonomics of the shifter arm rest and steering wheel, and, of course, how quick and sometimes scary fast they can be—there is not much out there that can compete, especially for the price. Bang-for-Buck Ratio is off the charts!

Aside from all that, I really like that people so long treated the MR2 as the red-headed step child of 90’s Japanese sports cars; like almost even forgotten at some point, but now revitalized and more sought after than ever before. I like the fact that people, even this day in age, still ask me all the time “What kind of car is that?” regardless of what generation I happen to be driving that day. It’s a true underdog with amazing performance and I like that!

There really isn’t anything I don’t like about the MR2, but if there is a downside, it’s the fact that they are somewhat expensive to maintain, can be difficult to work on, quite temperamental, and some parts aren’t getting easier to find. But it’s all worth it in the end. You forget about all that the second you enter a turn and smash on the gas, yewwwww!

[tgp] It seems like you’ve got a bit of a thing for MR2s. How did you end up owning so many MR2s?

[you] Yeah, I guess you can say I have a thing for the MR2, haha. Got my first MR2 back in like 2002. It was five different shades of black, had shit body work on almost every single panel, interior was trashed, and was naturally aspirated, but it was so much fun.

In the end, I swapped the motor on that one and ended up blowing it. Didn’t have the money back then to put back into it, so had to part out the entire car. It was heartbreaking. Ever since then, it’s been a dream of mine to own a RHD MR2 Turbo, and I told myself by the time they become legal to import I’m gonna get a super clean one. Luckily, I was able to make my dream come true and bought the blue RHD MR2 Turbo in 2019 and let’s just say it’s escalated ever since. I truly love the MR2 and I guess it shows.

[tgp] How’s the MR2 community doing these days? Where do y’all hangout, share tech, and whatnot?

[you] The MR2 community is bigger than ever before and doing quite well. I think in part because there are companies now who just focus on reproducing hard to find parts as well as sell all kinds of OEM and aftermarket parts. Back when I owned my first MR2 there was nothing like that, so it’s really cool to see.

There are all sorts of groups and pages on social media where MR2 owners share experiences and ask questions. Also, most owners are down to help out. It’s a pretty tight community, so we look out for one another. Meets, car shows, and canyon roads are where you will find us most of the time.

[tgp] What’s the best source of information on these cars? If I wanted to dive deep and really learn all there is to know about MR2s, where’s the first place you’d point me (and why)?

[you] Honestly, the first place I’d point you is Wikipedia, haha. Nah—but for real—it gives you a great overview/history of the MR2. There is a publication called MR2 Only Magazine out of the UK that is awesome and has tons of info and great stories! YouTube is also a great place for info and DIY videos as well.

[you] Well, in general I’d say the “culture” just needs to learn respect because there is just too much disrespect happening online and in the streets. I’d say the biggest issue are these “street takeovers”. They just need to stop! It’s giving the entire car community a bad name. If we don’t put a stop to it soon, they’ll try and shut down meets, shows and everything else because of the whole “guilty by association” thing.

[you] I’d have to say my dad is the number one reason I got into cars. He built a 1964 GTO in our garage when I was a kid and he would always take me to meets, shows and the races. He sparked the passion which has turned into a lifelong obsession.

There are those among us who will deny loving the Toyota MR2. They’ll mention snap oversteer and a tiny engine compartment, but neither of these are faults of the car. Owner/driver mods should be all it takes to keep those concerns at bay. It sounds like, if you know what you’re getting yourself into, there’s not much to fear beyond falling head over heels in love with it—and ending up with three or four of them.

The MR2 is an amazing machine. We may never see anything like it ever again.

Thanks for making the time, Steve! 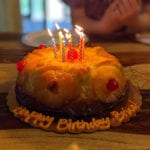 Another Serving of Platitudes 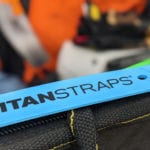