The problem with opinions is that they’re like assholes—everybody’s got one. In my opinion, the best looking Toyota Celica—after the first gen, A20/A30, of course—is the fifth gen, Celica All-Trac ST185.

It’s a limited edition, turbocharged, all-wheel drive, widebody hatchback with homologation papers—basically a de-tuned factory race car. And it’s the effing cover. Well, it was back in 2012—which was the last time I had the pleasure of interviewing a Toyota Celica All-Trac owner (for Gearbox Magazine). Then, John Clayton’s red, 1991 inspired a year of full-color, monthly print magazines.

But that’s just my opinion. Unlike opinions, ST185 Toyota Celica All-Tracs aren’t common at all. In fact, considering how much we all like these things, isn’t it weird they’re still so rare? Even now that 1990s JDM is on the USDM import menu, you still almost never see these things.

Which is why I’m so excited to share this one with you today! Sam Nguyen, born and raised in Dallas, Texas, is a lab technologist. And he owns a fifth gen Toyota Celica GT-Four (ST185).

[sn] I love that the fifth generation Celica All-Trac/GT-Four is rare and you don’t see many out there, let alone in good shape. That being the case, parts are hard to come by as well. The irony of it all.

Aftermarket support is not the greatest, especially stateside. Luckily, I reside in Texas and ATS Racing is not too far of a drive from me.

[tgp] How did you end up with this car? How easy was it to find? How easy is it to keep running?

[sn] I had a 1990 Toyota Celica ST (AT180) as my first car. I knew one day I would get a fifth gen Celica again, so I just bought parts here and there over the years. One day, I was browsing Alltrac.net and came across a 1992 Toyota Celica GT-Four for sale not too far from me.

The seller had recently moved to Texas and needed funds so he had to let his Celica or AE86 go. He loved his AE86 just a little bit more, so the Celica now sits in my garage. Thanks!

Being a Toyota engine and engineered by Yamaha (3S-GTE), it starts up everytime. So far no issues with trying to keep it running. Kind of looking forward to the day that it does stop running. Leaves room for upgrades and an excuse to the wife why I am spending money on the Celica.

[tgp] What do you wish more people knew about the Celica All-Trac? Could you correct and common misconceptions or stereotypes?

[sn] Not all Celicas are FWD. I can see the stereotype that Celicas are “girl/chick” cars. They are pretty. I think the body lines of the first and fifth generation Clicas are probably the most “masculine”. [ I wonder if that’s why I love them so much? – BD ]

[tgp] How’s the All-Trac community doing these days? Where do y’all hangout, share tech, and whatnot?

[sn] The All-Trac/GT-Four community has never been on a large scale, stateside. Since it had such a limited production run. I think 1987-1993 if I am not mistaken? [ Close enough! 10/86—6/99 – BD ] It’s getting more presence recently since people are starting to import GT-Fours to the States; mainly the ST205 GT-Fours. [ That’s the sixth gen; the one with the bug eyes right before the seventh gen, which was the little cheese wedge that closed out the model. – BD ]

[tgp] What’s the best source of information on these cars? Suppose I want to dive deep into Celica All-Trac knowledge and do my homework, where do you suggest I go first?

[sn] Best place to start is on the Alltrac.net forums. There is tons of useful info on there. The forum is still fairly active from what I noticed. Not sure if Celicatech.com and 6GC.Net are still up and running but there are some useful stickies on those forums as well. For more info on the engine itself, I usually reference the MR2OC forums.

[sn] The car scene has grown on a larger scale and it’s great for the most part. Being able to share what you love, whether it be on social media or a local car meet, brings like minded folks together. The drawback is, it also brings the wrong crowds that like to do “takeovers” to boost their own ego and attention.

[sn] For me, it would probably be my Uncle Frank. Being raised from humble beginnings, we barely had enough money to own a car, let alone have a shop do the maintenance. Uncle Frank worked as a mechanic for Uhaul and does most of the maintenance on the family vehicles. Over many wonderful years of holding the flashlight and/or beer while getting yelled at, I learned a lot from him. Thanks, Uncle Frank!

“Who wants to get Uncle Frank a beer?” Man. The games we played growing up, am I right?

In any case, it would appear Sam and I agree on which Celica is best Celica. I doubt we’re the only ones who favor the ST185, but the lines, technology, performance, and world class motorsport chops it brings to the table are hard to argue against.

Thanks for sharing yours with us, Sam. 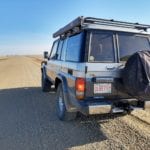 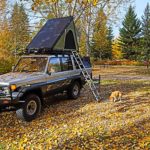