Well. They did it.

Jetson Aero finally did what every radio control car hobbyist has been thinking about for the last 50 years. “If we somehow made these parts bigger, we could actually drive these things.” It’s like, we want the realistic, scale model look, but the 1/10 scale platform is far superior in terms of performance. The drone pilots of the 21st century are no different. How big does it have to be for me to ride it?

And they did it well.

It’s beautiful. It’s clearly based on conventional, proven quad-copter theory, but it doesn’t look like a flying appliance. It looks like McLaren and Ariel collaborated on something for Halo. That’s still a thing, right? And maybe they did. Who knows? I’m so out of touch. The point I’m barely making is that it’s essentially a giant drone—that looks lithe and elegant.

It’s everything the automotive purist loves about the exocar. Form rapt in function. Mechanical transparency. It’s honest. It has to be, yeah? The first thought in your mind is, How long does the battery last? You don’t even care about safety. We’ve been promised a flying car our entire, goddamned lives. This is it! We know it! Just look at it!

An inflection point is “an event that results in a significant change in the progress of a company, industry, sector, economy, or geopolitical situation and can be considered a turning point after which a dramatic change, with either positive or negative results, is expected to result.” (Investopedia)

We’ve always wanted a flying car. Jetson Aero has finally done it. They’ve brought the first PEAV—Personal Electric Aerial Vehicle—to the masses. This kinda changes everything. Not saying this will replace cars—they’ve only got 60-some customers so far—but it will likely drive evolution of the species.

Anyone who’s ever built a hobby grade radio controlled vehicle knows what this means. The flying cars are coming. For real this time.  At US$92k, these are priced similarly to a loaded full-sized pickup truck, which means more people are going to be able to get them. What’s more, now that Jetson’s done the hard work of actually proving the concept, the copycats will start imitating the product. Price and production volume are still prohibitive, but are both likely to fluctuate with demand and customer feedback.

I remember when my friend Robyn got her DJI Inspire and we took it to Sedona. We were blown away by the performance. It was excellent right out of the box. That was 2015. Today, that Inspire—even refurbished—sells for more than I paid for my Montero. The market still belongs to DJI as far as I can tell, but if you can get an obvious knockoff for under $50, it’s only a matter of time before competition drives prices down and performance up.

How is it relevant?

It’s adjacent to the electric car market; battery/motor theory for one applies to the other. If you can build an electric RC vehicle, you can work on a full-sized EV. I say learn as much as you can about EVs. They are the future. If you understand the powertrain in one, you can apply it to anything in the future.

The future is coming. 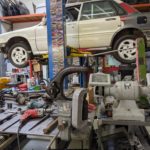 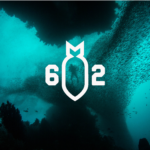