They Don’t Make ‘em Like They Used To. Or do they?

Part 1: A Brief History of the 70 Series Land Cruiser

Part 2: They STILL Make ‘Em Like They Used to

What if you could step back in time, to a simpler vehicular era? Could you do it? And would you want to?

That’s exactly what I asked myself recently. Rather than sacrificing your own day to day comfort, why not ride shotgun with me for a few kilometres, on the latest JDM Journey? Fair warning though: this one might be a bit of a rougher ride than you’re accustomed to…
Hold up. Other side of the vehicle please. Don’t forget! Japanese Domestic Market means shotgun is on the left, remember? There ya go… Okay, buckle up!

First there was the Toyota… JEEP?

Yep, the Toyota Land Cruiser began life as a Toyota Jeep “BJ” in 1951, as a candidate for the National Police Reserve. Ironically, for regular readers of JDM Journeys, the BJ was at that time passed over in favour of the Mitsubishi Jeep, and so the BJ was “converted for civilian use” instead. Shortly after this, the BJ was rebranded as the Land Cruiser, since Willy’s-Overland, and subsequently Mitsubishi, had trademarked JEEP for their own exclusive use.

When an updated version of the BJ arrived on North American shores in the mid-50’s it was called the Land Cruiser 20 series, but the one that really gained traction in our hearts and minds (never mind the roads) was the next generation: the cult-building 40 Series. In Canada and the USA we got the FJ40 (with the “F” engine) starting from about 1963. This model carried straight through the 1970’s, virtually unchanged and almost right up until Band Aid recorded “Do They Know it’s Christmas?” in 1984. The 55 and 60 Series wagons obviously appeared during this time frame as well, but the smaller, rough and ready utilitarian 40 Series soldiered on.

(Not to be confused with 0 to 60, which the Land Cruiser pointedly avoided.)
Two decades is an eternity in automotive cycles, so Toyota clearly had a winning formula. Which is why, in creating a replacement, they didn’t want to stray too far from their successful recipe. Finally, twenty-one years later, in November of 1984, the long-awaited 40 Series replacement arrived.

At this point, the 40 series was of drinking age in the USA, and advances had been made in many areas of motoring in that timeframe, so Toyota was sure to take advantage of all the latest technology for the new vehicle, right? Well, in a word: “NO”.  While the 60 and later 80 Series wagons adopted some of the modern gizmos, the “brand new” 70 Series stuck with the tried and true. Carrying the “heavy duty” flag for Toyota, the 70 had to be tough and reliable above all else.

Along with a 40 Series chassis replacement, new engines, transmissions, and wheelbases were introduced for the 70, but the suspension continued to flex that same flat steel wagon spring technology, developed back when horsepower was a literal measure. The rigid ladder frame also remained, as did straight axles at both the back, AND the front.

What about the Prado?

In the interest of full disclosure, Toyota also branched into a light duty model as well at this time, later to be known as the sub-model “Prado”, which spawned a whole other lineage of models, from the Prado 70, to the 90 Series (Yes, THAT 90 Series), and then the 120 and finally current 150 Prado. This platform would go on to underpin familiar nameplates in North America, like the 4Runner, the FJ Cruiser, and the Lexus GX models. But for simplicity’s sake (pun fully recognized), we will stick to the HD model.

As time went on, the big Land Cruiser wagons advanced with it. The 60 Series morphed into the 62. In 1990 the replacement 80 Series was announced, with critical acclaim, but the 70 Series continued, virtually unchanged. The 80 Series wagon finally gave way to the IFS 100 Series in 1998, but the 70 didn’t waver. Coil springs up front became the 70 Series’ major innovation of the new millennium, but otherwise, it carried on pretty much the same.

Throughout its existence, single and dual cab trucks, as well as short, mid and long wheelbases were part of the 70 Series’ myriad of configurations. Hardtops, removable tops and soft-tops could be had. A troop carrier/high-roof model was popular, as well as a fire truck conversion. Mining companies jumped onboard, along with military units around the world, and the 70 Series gained a reputation as a comfortable, quiet… Heheh. Just kidding. It was a no-nonsense work horse that could continue to function under the worst conditions imaginable, for as long as necessary.

So in the mid 2000’s when Toyota replaced the 100 Series wagon with the 200 Series, the 70 was replaced with…well…  nothing. It just kept on being produced. In Japan, Toyota dropped the domestic market model in 2004, but continued to export the 70 Series to the rest of the world.

Throughout its life, there were some new engine and transmission options added, as well as a few creature comforts. There was even a slightly modernized front end to fit the wider V8 engines, but the basic underpinnings were virtually the same 70 Series that had come out 30 years before. In 2014, Toyota decided to celebrate this birthday with a 70 Series JDM re-release, and an anniversary homage was made for the home market. Was this its swan song?

Whatever happened to the 70 Series?

It might be more accurate to say “happening”. Six years after the 30th anniversary model, the Land Cruiser 70 IS STILL HAPPENING. In many parts of the world, including Australia and the Middle East, you can buy a brand new 70 Series, on sale TODAY. Sure, it has a few safety features now, including airbags, and anti-lock brakes. As a matter of fact it recently received ANCAP’s coveted 5 STAR safety rating. Mining companies still buy them, although at least one outfitter has begun putting electric motors in, in place of the oil burners.

When Toyota said they were building it for longevity, nobody could have predicted just how literally they meant it! In addition to a twin turbo V8 diesel engine or petrol engine, you can still get the same 1HZ 4.2L straight six diesel that came out in 1990. Thirty years and counting with the same engine is proof positive that Toyota got this one right the first time.

In part 2, I’ll take you on a drive in one of these survivors, in the form of my recently acquired 1991 HZJ77. This is a JDM only, 4 door, regular roof, manual transmission straight six diesel, with straight axles, and leaf springs.

In the meantime, when you hear someone say they don’t make ‘em like they used to, you can offer definitive proof, that in fact THEY DO!

Special thanks to the members of the “70 Series Land Cruisers – North America” FB group for submitting so many pics for this article. Please see the photo captions for the names of the owners of these beautiful rigs. 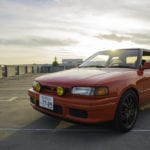 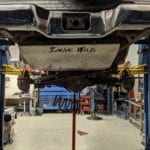