We’ve all got our dream cars. For many, it’s a matter of what’s the biggest, fastest, or most expensive thing out there, but for some—for those of taste—the dream gets pretty niche. Take Hans Fischer’s dream car—a 1991 Aston Martin Virage, for example.

Do you even know what an Aston Martin Virage is?

Somewhere in the murky, English countryside, slotted between the voluptuous, wire-wheeled elegance of the early DBs and their technologically advanced, modern counterparts, were the Aston Martin V8s. No, we’re not talking about the Lagonda. (lol)

The Virage was the first new Aston Martin in 20 years. It was—and still is—an amazing machine.

[tgp] My understanding is you have an Aston Martin Virage and run Albion Works Service. Is that correct? Anything else you’d like to see mentioned?

[you] Yes, I own a 1991 Aston Martin Virage 5-speed in a one-off unique color combination and golden emblems all around! It’s supposed to be the 1991 Detroit Auto Show Car! I bought this and the same Aston in black (but an automatic) about 10 years ago!

I work for British Motor Service in the City of Orange (established in 1969 by Art Nisson) as an English restoration, service, maintenance mechanic—for about nine years now. Albion Work Service would have been my own endeavor, but due to support of my mother’s cancer meds and therapy, the start up capital is gone.

My Mom finally passed away after seven years of constant struggle in 2018. And my brother (who lives in Austria with his family) and I were single parent kids, raised only by Mom, and that’s why you have to step it up and do what you have to do! There’s absolutely NO regret of spending your “futures” money when you basically get seven years more life out of your mother!

God, I still miss her very much! Money is worth nothing! It comes and goes—as we all know!—but close people are of importance to all our lives. I’m sure you’ll agree! Albion Work Service still might happen someday. You never know what the future brings!

[you] I always loved Aston Martin as a brand, but like many of us, being able to afford—and by that I mean not just buying these cars, but also keeping them alive—is where most people have to say no. Older Astons, like any other exotics, are very time- and money-consuming objects of desire—especially the coach built, limited production numbered cars, like mine!

I first saw a Virage at the Geneva International Automobile Salon and immediately fell in love. But, the “foot in the door” price of roughly $245.000—in 1991 dollars—was waaaay above my pay grade and age. I held onto this dream and thought, “Someday…”

So! Fast forward, then, about 10 years ago. Getting lucky to find my beloved Virage 5-speed, I also found a second one and paid a total of $70,000 for both cars—one Aston seemingly perfect, the other, not running and something of a parts car. Like I said, costly to maintain…

Finding parts is another massive headache—or even tires! 255/55R17 is a rare size and finding these is not easy! My seemingly perfect “golden” Virage started to become an absolute nightmare! Always something!

Buying low mileage exotics from collectors can be a total freakin’ nightmare due to lack of maintenance—and/or never being driven! But now I’m almost there, with this Virage being close to everything working and (hopefully) in reliable driving condition!

I still love these older Newport Pagnell-built Astons, because of their uniqueness, rarity and “quirkiness”. You’ll never see one on the road—or at shows—which is usually quite cool!

The newer Astons are like Toyotas to me—very well and good engineered cars, with not that many issues—aside, again, from maintenance being on the big #TODO list. V12 DB9 models of the earlier years suffered massive oiling issues. If you ran the engine oil just a little under the minimum mark, the number 6 and 12 cylinder con-rod and crank bearings had a massive dry run and then grenading issue! (But you’ll only hear/find/see this on the web for whatever reason.)

When I’m finished completely with the “golden” one, I’ll convert that black one into a nineties Radwood-era Aston race/endurance/GT car—the one Aston “officially” never made. But I have pics of an unofficial prototype/concept, body in white Virage… Which mysteriously disappeared during the Ford reign; twin turbo, JPS graphics, lightweight, all period correct version is on paper in a planning stage as of now.

My dream Aston would be a nineties V600, or LeMans. Of the newer ones, the One-77. Future ones, Valkyrie and Valhalla… Keep on dreaming Hans!

[tgp] How did you go from loving Aston Martins to owning one to becoming a specialist? Why have you stuck around as long as you have?

[you] I always loved Astons, but as I mentioned before, they are a very pricey endeavor and I am only able to afford ONE because I’m able to do all the repairs and maintenance myself. (I’m still just a regular grease monkey after all!) Otherwise impossible to own a truly hand-built, older Aston Martin for a regular J-O-B.

A few examples on service parts pricing (which might not be up to date, or wrong by now) for the early Virage line:

You become a specialist by digging deep into info sources, working on almost every pre-Gaydon area Aston, and owning two yourself! Topped up by loving these artisan-built Astons as if they were my own kids!

I started working on cars in Austria, working as an apprentice in a Renault dealership, accompanied by a three-year school program where we fixed every possible brand of car there was, as well. Then in 1990, I went to work in Schaffhausen, Switzerland, for a Subaru dealer, where we also worked on every available brand around if there were no Subarus in the shop.

On the side and weekends, I worked for an Alfa Romeo specialty shop (involved with Auto Delta, Giorgio Pianta, and Alfa Corse) who also was good friends with Peter Sauber (of the old Group C and F1 fame).

Good god, very good times and stories. I even got up close numerous times with all the DTM guys, drivers as well (Larini, Nanini, Alboreto, Thiim, Ludwig, Schneider, etc.) And then in 2000, coming to SoCal working for VW/AUDI group since I’m fluent in German and English until about 2007, and since then Brit-Cars only!

[tgp] How’s the Aston Martin community doing these days? Where do y’all hangout, share tech, and whatnot?

[you] I used to go to a lot of car shows and even joined the Aston Martin Owners Club (AMOC), but I got discouraged by the sticklers, the Bond—James Bond—kinda guys in their BOSS suits on 100°F days, know-it-alls, and these older guys that didn’t like a guy with crazy hair, worn jeans, skull T-shirts and tattoos driving into “their” shows or events in an Aston Martin. I have to say, some of the local AMOC folks were/are pretty cool older gents, but by most, you get looked down at.

The shows, which are not necessarily car specific—like “Cars and Cafè” at Moulin Bistro, “Supercars by the Sea” in Surf City, and the “original” of all “Cars and Coffee” in San Clemente are a little different and by far my favorite car shows around since they’re “get-togethers” and way more enjoyable and fun! Maybe that’s why their success is showing and so big!!!

[you] The biggest issue in the car show world are the gosh darn idiots! No matter who they are, young, old, rich, poor—they know who they are! I call it the “idiot movement”. With their revving above redline, burnouts, doughnuts, acting like they’re on a race track, etc..

Most of these cowards have huge YouTube followings of young kids (often also of the same idiotic caliber) and therefore are sponsored or rich “by nature” and can/will behave however they want (without bringing up any big, dumbass names on here). These fools will always be an issue and that definitely is why we lose good car shows due to noise issues or other speed/accident related concerns.

Nothing we can do about it, except boycott their social media outlets and the interest will be lost—but that’s like a drop of water on a fire.

[you] Definitely my Grandpa, getting me interested in cars at the early age of about six, when watching F1, then Group B rally racing, and —of course—Group C!

Willi König in Munich with his widebody, twin turbo monsters!

Peter Hess, my old boss of Subaru in Switzerland, who was like a Dad to me and great inspiration, patience and knowledge, and still a good friend all these years later!

Art Nisson of British Motors, with the most knowledge of any person I’ve ever met in regards to ANY British car!

Scott and Kathleen Resley, my “adopted” SoCal parents from Tustin, who introduced me to so many cool, good loca car-people and car shows, who I wouldn’t have gotten to know by myself! I truly love these two outstanding human beings!

Kelly Coker, my Fiancee, partner in crime, best friend, and love of my life for supporting this crazy, time- and money- consuming hobby!

They don’t always have to be the biggest, fastest, or most expensive machines around. They just need to be special in their own way—and if they’re on the rare, vintage side, well, that’s pretty radical too. A well-loved, well-cared for machine will outshine its peers. 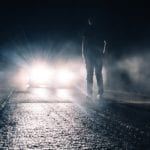 Where are YOU on the Gearhead Path?

If loving you is wrong... 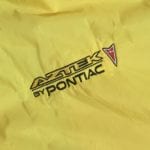