Motor Trend said it “feels every bit as special as Ford would have you believe”, wrapping their March 1997 review with the statement, “All told, the Contour SVT is an attractively priced sport sedan for those whose cravings say ‘Mustang’ but whose realities dictate four doors-at an as-tested sticker several thousand less than a Taurus SHO.”

Road & Track called it “one of the best sports sedans you forgot about.” Ain’t that the truth?

Any gearhead with a license back in the late 90s remembers the Contour SVT—but likely only when we come upon one in the wild these days. We remember reading about them in the buff books; the surprisingly competent Euro model meant to replace the Taurus or something.

In any case, a few weeks back, I found myself in a drive thru behind a Mercury Mystique, remembered the Contour SVT, and jotted down a note to self—find a Contour SVT owner to interview. When I came across a guy with the handle forgottensvt, I knew I had to reach out.

[tgp] Introductions: My understanding is you’ve got the venerable Ford SVT Contour (and track it somewhat regularly). Is that correct? Anything else you’d like to mention?

[you] Hi, my name is Mark, and yes, that is correct. I do have an SVT Contour. It started off as a fun daily driver with some go fast mods and suspension mods, but after attending my first autocross event, I got hooked. Things kind of snowballed from there.

On the SVT Contour…

[you] These cars were a real gem in their day. In factory form, they were pretty quick, and handled amazing! They were, however, plagued with some issues.

98 model years had issues with the wiring harness crumbling apart and causing electrical issues. 98.5-2000 were “blessed” with a glass differential. They have other issues, too, that are pretty common, like sunroof gears stripping out, syncros tend to go, shifter cable bushings disintegrate, 2.5s spin rod bearings like they’re going out of style, etc.. They get a bad wrap for being a pain to fix as well, since there isn’t much room around the engine to work.

Once you get to know your way around these cars though, they really aren’t all that bad to work on. Just mention the SVT Contour alternator to anyone and watch their reaction.

[you] I got my first CDW27 platform car in 2007, right out of high school. My prized 1989 Ford Tempo GLS had just blown its second engine in two months and I was forced to get a new car. I came across a 1995 Mercury Mystique (Mercury version of the Contour) for $2,000. That’s what got me into the Contour community.

I drove that car until 2011, when I lost it in a flood. I wasn’t able to get out of my house to move it until it was too late. At that time, I had set out to buy my affordable dream car, a first or second gen Taurus SHO. I drove a few and wasn’t super impressed.

A guy on the Contour forum reached out to me, knowing what I had gone through, and offered up his 2000, black, 3-liter-swapped, SVT Contour to me. It was a little rough around the edges, but, man, that first test drive got me hooked. I bought it on the spot.

Within the first six months, I blew the clutch, pulled the trans, and found damage to the differential. I sent the trans out for a rebuild and to upgrade the differential to a Torsen. That car lasted me about a year, due to rust.

A friend had a black 2000 SVT come through his dealership as a trade in. I bought it as a good body for the 3L and built trans that was in my current, rusty SVT on October 23rd, 2012. That is the SVT that I currently still own.

In November 2012, I swapped the motor over. Two weeks later, I blew it and had to swap the stock 2.5L back in. I was bummed, but decided to just start doing suspension mods.

Started with some upgraded rear control arms and toe arms, poly bushings, and simple lowering springs. Then I got some coil overs, and some other fun bits for the 2.5L, like headers, exhaust, intake. It was shortly after this that I tried an autocross event. It was the most fun I had ever had in a car. I was hooked.

I started doing more things to the car to make it better in the class that I was running. I did alright, but I wanted more power. My class didn’t allow engine swaps, so I changed classes and threw together a junkyard 3L engine with some crazy radical cams. Not at all the best match, but I had some cams ground for the engine I wanted to build—not for what I had.

When I changed, I had a guy welcome me, but then told me, “Your car is too heavy. You’ll never be as fast as the Civics in this class. You should get a different platform.” For most people, it would discourage them. For me, it just added fuel to my fire to keep building this car to what you see today.

The car is nowhere near done. I have parts sitting at work that need welded in to help change the geometry of the suspension so I can dial it in better. I have a wider set of fox body Mustang wheels for the car that I need to make fit under the car. I also want to build the engine that I had my cams made for. Should be good for about a 50whp jump.

There isn’t really a bolt, nut, or screw on this car that hasn’t been touched by me. There are things I want to re-do because I feel it’s just not good enough. I love the car, but I’m never 100% satisfied with it.

[tgp] Your screen name is on-point. The Contour was the hot setup in its day, but most people have likely forgotten about them at this point. How’s the Contour community doing these days? Where do y’all hangout, share tech, and whatnot?

[you] We used to be huge online on Contour.org. The forums have seemed to die off though with Facebook moving in. We now mostly hang out on SVT Contour Group on Facebook. There is still a following, but sadly, it’s nowhere near what it was 10 years ago. There however are still some VERY clean and fast cars out there. Mine is nowhere near the fastest.

There are also some members of the community who really are trying to keep it alive with holding yearly meets for members. There is a guy in Washington state, Satya, who is completely nuts for these cars, and has gotten tons of new members over the past few years. Mad props to him for all he does for the community.

[you] Just being kind, and accepting of different builds. I know I’ve caught a lot of crap at meets from people not being accepting of the car because they thought it was a dumb build. It has surprised quite a few though. I find myself being this way as well sometimes though, and I have to catch myself.

[you] My Dad, big time. He was a gearhead growing up, and a mechanic for a while as well. He got me into working on cars when I was very young. I learned a lot from him growing up. He’s, without a doubt, the reason I have a lead foot as well.

I remember times where he’d be racing people randomly just for fun when I was a kid. One time, when I had my permit for driving, I was sitting at a traffic light in my Dad’s 2000 Cavalier 2.2L 5-speed. A newer Cobalt SS pulled up beside us. He looks at me, and I say, “I bet I can beat him.” He didn’t say anything.

Light turned green, I dropped the clutch, rowing through the gears, and the SS obviously beat me. At about 80, my dad says, “Alright, that’s enough.” Then he looks over at me with a smirk and says, “If I was driving, I would have beat him.”

It was moments like this, and his stories about his Mopars when he was younger that really got me into cars. He has been with me every step of the way with this car as well, helping with every one of the seven engine pulls over the years, and helping out whenever I ask him to lend a hand, just so we can get our time in to bond.

What we wouldn’t give…

When the SVT Contour came out, it got a lot of well-earned praise. A smartly tuned, high output V6, mated to (only) a 5-speed manual gearbox, in a taught, European platform, with all the trimmings, for under $25K. What we wouldn’t give for that today, right?

And yet, at the time, they were talking Taurus replacement and BMW competitor. It was smaller than the American midsize. And it’s biggest win against the Bavarians was it’s mostly lower price. The SVT Contour was kind of sporty, kind of luxurious, and kind of expensive.

It’s almost like it was bred to be forgotten. Which is kind of sad.

Thanks, Mark, for taking the time to share your SVT Contour story with us! 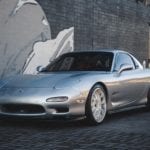 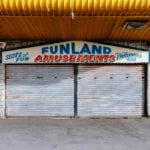