What’s the best advice you’ve never taken? You know, those common sense things you know are true, but that you know you’ve ignored for some reason or another?

I was thinking about how many times I’ve been burned by not taking my own advice. It’s almost like the biggest thing standing in our way these days is us.

Here’s a special, audio/podcast version of this piece (with lots of extra color, by the way).

Things will be different this time.

I recently collected the insurance settlement from the Camry Incident back in May of 2018. “This time,” I told myself, “I’m putting it all back into the truck.” You see, I’ve been thinking about the shit parade that’s been my last five or six daily drivers.

The Brick clearly wrecked the curve, but one thing is for sure, I have a bad habit of buying cheap, broke-dick vehicles with every intention of putting the rest of the money into them. Unfortunately, we all know the road to hell is paved with good intentions.

This time, I’m putting all the money back into the truck.

Say, here’s a $500 medical bill from back in October. Even though it took them almost four months to figure out what to charge for services rendered, you better believe that shit is due immediately upon receipt of there will be hell to pay. God bless the American healthcare system.

Daily driving a 22-year old SUV clearly neglected by every owner since the warranty expired, I’ve got a wishlist a country mile long. The urge to invest this big chunk of money into cool guy mods is a powerful thing. I have spent more time than is healthy scouring the Equipt website this month.

I want the K9 roof rack.

I want the 40L Legacy fridge.

That $500 surprise bill snapped me out of things real quick. I realized I had to be honest with myself and think about what’s truly needed versus what I’d just like to have. I needed a realistic plan. I need to focus on maintenance before mods. I need to do things right the first time. (Sorry, Paul.)

Common sense isn’t as common as we think. It’s easy to get off-track. Here’s some of the best advice I know I could do a better job of taking.

Start with a realistic plan.

This is something I learned 15 years ago with Daisy, my 97 Talon. I wanted the Hahn Racing turbosystem but I didn’t have the budget, so I started down the all-motor path. Next thing you know, I had a fully built race engine in my daily driver—and zero interest in drag racing. I never did anything with it.

Likewise with my 91 GVR4. I couldn’t afford to buy a used rally car, so building my own made more sense. And what better rally car to build than a Mitsubishi designed expressly for rally racing, right? In the end, I had a partially caged rolling shell that I did one—one—rallycross event in. I never did anything else with it.

Don’t get me wrong—I learned a lot with both of these cars—but I never accomplished what I set out to do with either of them. And that’s because I didn’t have a realistic plan. I let peer pressure take the wheel. Not counting purchase price, I probably put $15-20,000 into these two cars, combined.

Pro-Tip: Be honest about what you really want and need to achieve it.

Buy the best example you can afford.

We know we get a lot more for our money when we put in the work. The problem is—and this is probably my greatest automotive weakness, by the way—we don’t always put in the work. The two-week, post-purchase shakedown surfaces a few little things, but the truck is generally solid, so we decide to simply enjoy the new rig and see how things go. A couple surprise bills later, the budget is gone, and we’re chasing weak links.

Pro-Tip: Be honest with yourself about how much effort you want to put in up front.

It’s too easy for that post-purchase shakedown to turn into life with a beater. If you just want to enjoy a nice daily driver that doesn’t need constant attention—spend the money on a turnkey specimen.

Which just goes to show, we have to—have to—prioritize maintenance over mods. And not just right after we buy the car, either. This is “wayalife” territory, here.

Even if you don’t think you need to worry about it right now, the day you start thinking in terms of Acceptable Levels of Disrepair is the day you’re supposed to sign up for that premium AAA membership—because you’re gonna need those 300 flatbed miles per year before you know it.

Yeah, I know it’s hard to spend $200 on O2 sensors or driveline fluids when everything’s “running just fine”, but the longer you let things go, the bigger the job you’ve got on your hands when they finally do. (And when was the last time you had something break when it was convenient, right?)

Pro-Tip: Address the weak links right away while you’re still excited about the project.

Leverage your excitement and eagerness. Put those new project good vibes to use. Cascading failures are no fun at all. Putting mods before maintenance is an easy way to find yourself hating your machine, hating yourself, and questioning your identity as a gearhead.

Do it right the first time.

This is all of the above in a nutshell, right? I think the biggest compliment I can give my friend Michael Rodarte is to keep crediting him with putting the following idea in my head many, many years ago.

“Why is there time and money to do it over, but not to do it right in the first place?”

See also my boss, Ryan Vink, back in the days when I worked the sales counter at SportCompactsOnly.com, who encouraged me to think in terms of “WITTDTJR” (“WITT-uh-ger”)—What It Takes To Do The Job Right. Buy once. Cry once. Who woulda thought?

Pro-Tip: Put everything back better than you found it.

Perfection isn’t so much a state of the build so much as it’s a state of mind. It’s a journey. Slow and steady wins this race. The longer you keep showing up and putting in that little extra effort to make things nicer than they were when you started, the better off you’ll be.

PS: This also works for tools. Good to know if, like, me, you have a toolbox full of permanently filthy tools you need gloves to handle. (Note to self: Next Level Gearhead Spring Cleaning is right around the corner.)

Why do we do any of this car stuff? Why do we roll up our sleeves and bust our knuckles working on our own machines? You could say it’s because our machines are reflections of our selves, right? They’re extensions of our individual personalities, our personal brands.

But playing with cars also builds confidence. It’s one of those rare areas of this modern life we’re living where, when we do the work, we enjoy the results. The more we put into our machines, the more we get back. Hard to beat that 100% return on investment.

Pro-Tip: Have fun. If you’re not having fun, you’re not gonna stick around.

Be honest with yourself about yourself. Your built-not-bought machine is important because it’s YOURS. Don’t go chasing waterfalls—or cascading failures caused by fear and laziness.

The minute things stop being fun is the minute it all falls apart. Life has a way of getting its hooks into us all at times. Let’s do our best to take our own advice—and help encourage each other to do so, yeah? 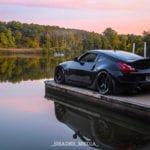 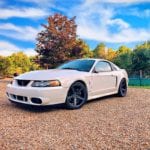