Honda’s made a number of noteworthy machines over the years. The NSX and the Type Rs come to mind for obvious reasons, but there’s just something about the S2000 that ticks all the boxes. It’s a long, lean drop-top with a fire breathing F20 under the hood. And we all know we’ve thought about owning one someday.

If we all had the means, we’d probably all own one—but we don’t, so most of us won’t. Which is why I’m really excited Carey Brown took time out of his day to tell us a little bit about what it’s like to own one.

[tgp] Introductions: My understanding is you’re a Montero guy building an S2000 track car. Is that correct? Anything else you’d like to mention?

[you] The Montero actually belongs to my fiancée. I’ve mainly owned luxury or performance cars. Building a Radwood era 4×4 was always on my list of car goals.

When we moved to SoCal, we quickly realized that a lot of great areas to explore would be unavailable to us without 4-wheel drive and some ground clearance. So she decided on getting a SUV for her next vehicle. I started flooding her inbox with pictures of built 80s and 90s off-road rigs. I wanted to show her how cars can be more than just the appliance that gets you to work. She loved the Montero for its look and relatively cheap running costs so she picked one up. The Montero is now her only vehicle and she’s become just as much a car enthusiast as me.

[you] The truth is few cars are this exciting to drive at such a low price point. They have such a tight shifter feel. Every gear change reminds you that you’re driving something different. The VTEC really does “kick in”, yo. The VTEC engagement at 6000 RPM is dramatic and pronounced.

What I love about the S can be condensed to two aspects. First is the feedback you get in the seat. All the information you get from the chassis instills huge confidence and you end up wanting to go 10/10ths the moment you start the engine. The second is the sound, once you get into VTEC, the sound coming from the intake changes, getting louder and angrier. On the earlier AP1 variants, that last bit of the rev range from 8-9k RPM sounds truly unique.

At the time I purchased my S, I was testing Miatas as well. I drove NAs and NBs. Both NA and NB have great chassis as well. The engine, though reliable and cheap to maintain, lacks character. The Miata engine is there to do the job of moving the car, exciting you is not part of that job. The S2000 engine is there to excite you. It has the character to match the chassis it resides in.

With a stock ECU, VTEC engagement occurs at 6000 RPM. This means you’re only staying in the power if you drive it hard, short shifting puts you below 6000, thus out of VTEC. They are not as reliable as a Civic or Accord. Repairs can be expensive when something goes wrong, parts are not cheap. There are interior rattles with the top up.

[you] Up until mid 2019, I would’ve said I’m a BMW and Volvo guy. In early 2019 I was looking for my first Porsche. I test drove a 986 Cayman S, it was surprisingly underwhelming. My daily driver at the time was a Fiesta ST. The Cayman felt less exciting than the Fiesta to both my fiancé and I.

The owner of the Cayman I declined to buy also owned a S2000. He said the S is his never-sell car, so I began looking into the S2000/Miata family after talking with him. We kept in contact discussing the S2K. One day we swapped cars in the canyons, I had to own one. I’ve been in the S2000 for about a year. I’m just starting to do more HPDE and autocross because like I mentioned before, this car begs to be driven at the limit.

[tgp] How’s the Honda community doing these days? Where do y’all hangout, share tech, and whatnot?

[you] I can’t say much about the Honda community as a whole due to The S2000 having its own community. I am in a few local S2000 group chats. Most of the owners are great to be around. Most of my inner circle of friends in San Diego drive S2000s. We coordinate repairs, parts, tool sharing. Everyone is always ready to help when they can.

[you] Here in SoCal, car culture is thriving. Never have I lived in a place with so many active enthusiasts—which is even more incredible due to CA having some of the most stringent vehicle laws in the nation.

I also own a Fiesta ST. The Ford community is just as active as the Honda one. I could attend a different car meet every night. All within 30 minutes of my home. Just about every time I’m in the canyons, I find other cool cars with owners that I can walk right up to and start a conversation. Doesn’t matter if the car costs 10x or sometimes 100x what mine does.

A big issue with cars for me is the availability of new, affordable, driver-centric vehicles. The average price for a car is growing faster than the average consumer can keep up with. That said, speed is cheaper than ever before. Multiple car makers have cars you can drive off the dealer lot with 600-700HP and a factory warranty. In some instances spending less than $100,000.

[you] My father most of all. My father was a mechanic for most of my life. My earliest memory is of me sitting in a BMW Bavaria on jack stands while he worked.

Pretty much everyone in my family is a car enthusiast. Mother, aunts, uncles, grandmothers, everyone. As I grew up they all had different cars at different times. Going through German, French, Italian, American, and even JDM phases. Naturally, they loved nothing more than to tell you why their choice was best. Those lengthy debates made for a well rounded car experience.

I relished working on cars with my father. I was removing engines and camshafts before I was old enough to drive. My father used to build race cars when he was younger, so hearing his stories of that past life was an immense influence on me. He unfortunately passed away in 2009 when I was 19 so we didn’t get to enjoy the car hobby together. Just about anytime I’m around a car whether wrenching or driving it hard, I think of him. 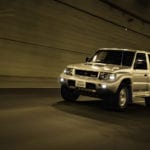 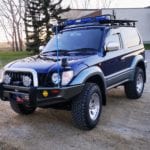