RMADLLO: We all want one.

Why did the armadillo cross the road?

In Texas, armadillos are often referred to as “Texas Speed Bumps”. This is because they have poor eyesight, freeze in place as a defensive mechanism, and jump a couple feet straight up in the air when startled. In other words, they don’t see cars coming, they hunker down in the middle of the road to hide, and jump to bumper height when they realize something’s coming.

As a result, many a ‘dillo don’t make it across the road. The RMADLLO, though, Kevin Jackson’s 1986 Porsche 944 Turbo, most certainly did. In fact, the RMADLLO crossed the United States, from coast-to-coast with nary an issue—save a slight speed bump in Texas.

Why did the RMADLLO cross the country?

Because it’s an amazing machine!

[tgp] Introductions: My understanding is you bought a 944 Turbo and drove it across the country about a year ago. Is that correct? Anything else you’d like to mention?

[Kevin] Yes, that’s exactly what I did. I’d been looking for a turbo for a couple of years and had not come across the right one. I found the RMADLLO online in Virginia and after a long interview process and a lot of shared documentation and photos, I took a red eye flight to DC with cash in hand. The rest, as they say, is history.

I drove the RMADLLO from DC to Nashville to Dallas to Las Cruces and into San Diego without a hitch. The car ran cool all the way and I got up to 29mpg on one tank. It was a great road trip, but I had no license plate—only a registration sticker on the front window. So I was careful to drive at or below the speed limit the entire way… 2800 miles!

Do you know how hard it is to keep a 944 turbo under 60mph? Out of my abundance of caution, I rarely got the RMADLLO out of fourth gear until I reached the open roads of West Texas.

Still, I knew the lack of plates could draw attention and was expecting to be pulled over at any time. I was surprised that several police passed me without batting an eye. But a cross-country trip is a long drive and, eventually my un-plated Guards Red Porsche caught the eye of one of Dallas’ finest.

He was very respectful and told me he was surprised I’d driven that far without being pulled over. Me too! I have to admit, I was a bit disappointed I wasn’t pulled over more than once; that Dallas officer was the only one kind enough to care!

What’s the dealio with the ‘dillo?

[tgp] Why do you call the RMADLLO? What’s the story there?

[Kevin] The Armadillo? Well, there are several reasons I chose the Armadillo as my 944 Turbo’s nickname.

First of all, I like animals. Secondly, I really like armadillos! And thirdly, I’m originally from Texas where the armadillo became a popular cultural icon in the 70s and 80s when I was a teenager. (NOTE: The armadillo replaced the longhorn as the official Texas state mascot by executive decree in 1981.) Naming my 951 the Armadillo is just a fun way of wearing that heritage now that I live in Southern California. Getting the personalized California license plate “RMADLLO” sealed the deal and made it official.

I even sponsor a six-banded armadillo named “Frank the Tank” at Animal Tracks [ @animaltracksinc on Instagram ], an animal sanctuary northeast of Los Angeles!

[Kevin] Honestly, there’s not really anything that I don’t love about the RMADILLO and it’s everything I expected. It is a 34-year-old car and it can’t be compared to something newer, but I love the analog experience and shifting through five gears, especially since my daily driver is an automatic. The 944 is an absolute blast when the turbo kicks in and it handles great with such a low center-of-gravity and 50/50 weight distribution. It IS a Porsche after all!

What else? I love the simplicity of the interior design. The sound and feel of the Porsche thud when you close the door. I love the appreciative thumbs up I get driving around and how younger people ask me questions about a car that they’ve never seen before. There are so many great little things I love about the car, but most of all, I just love how the RMADLLO looks.

The Guards Red color pops every time I take the car cover off. The phone dial wheels are a perfect compliment to the 944’s simple curves and boxed flared fenders. And how can you not love the pop-up headlights when the sun goes down? You know what they say: if you don’t turn around and look at your car, you’ve got the wrong car! Apparently, I’ve got the right car!

[Kevin] Great question. I’ve always liked muscle cars and sports cars and was looking for a classic weekender that would be fun to drive and hold its value. I considered a 73 Mustang Mach I with a 428 and a 70 Charger with a 440 and an early Trans Am with a 400, but these big-block muscle cars guzzle gas and I decided I didn’t want a car that was going to cost me $100 every time I took a drive around the block.

Since I grew up in the 70s and 80s, I had fond memories of the 924, the 928, and the 944, so I began considering these as they would more economically scratch my itch for a classic and put a Porsche in my garage. This began my long search for a low-mileage example in excellent condition that was mostly stock, since California smog restrictions are so prohibitive. It proved to be more difficult than anticipated even in the world’s largest car market of Southern California. I found many examples that looked good in pictures but then let me down in person. This was a good education though as I began to learn what to look for and I expanded my search outside of the state.

I found the RMADLLO online and it met all of my conditions: only 59k miles, excellent condition in and out, documented maintenance, came with the OEM radio, toolkit, spare, and all the original goodies. Searching nationally had uncovered a few similar examples, but something else caught my eye—the interior.  The RMADLLO has a cashmere interior! I had never seen this combination before and it was beautiful.

Standard 944 interior colors were black, grey (tan), and burgundy, while cashmere was a custom-order color. As a result, this interior is pretty rare; I’ve only found two other 944 turbos with cashmere interiors in the last three years—a black and a white example. I have yet to find another Guards Red 944 Turbo with a cashmere interior. I’ve gotten Instagram comments that the RMADLLO with its red and tan color combination is the Ferrari of 944 Turbos! I take that as a compliment.

[tgp] How’s the Porsche/944 community doing these days? Where do y’all hangout, share tech, and whatnot?

[Kevin] I don’t know if I’m a good barometer for the Porsche community at large, but I can say that the 944 community has been awesome. I’ve learned a lot from forums and groups on Rennlist, Pelican Parts, Facebook, and Instagram. You can practically rebuild a car just by watching YouTube videos and that’s not even an exaggeration.

On a more personal note, I’ve met 944 and 951 owners around the world who have always been willing to share their experiences and provide advice. The RMADLLO’s previous owner has stayed in touch. I joined the local PCA [ Porsche Club of America ] here in San Diego and was introduced to Comeau Racing—a local San Diego shop that has been building and maintaining 924/944s for over thirty years. There’s nothing Tim Comeau hasn’t seen before, so he’s become my go-to 944 guy.

It feels like the transaxle Porsche community is pretty tight. You have to really love these cars since just about everybody else is chasing the 911.  You can throw a rock and pretty much hit a 911 in some variant here in San Diego, but the RMADLLO really stands out from the crowd. Even 911 owners smile and nod when they see her out on the road!

[Kevin] That’s a tough question. I would have to say it was my father, although he’s been gone for over 35 years now. I have fond memories of helping Dad work on cars when I was a little boy. There was something about working in the warm garage while our tiny black and white TV was playing football on lazy Sundays that has stayed with me to this day.

I’m no mechanic, but I can take things apart and put them back together. I like the process of learning how things work. I like learning the engineering and physics behind the design. It’s my curiosity and the satisfaction of doing something with my hands that I like whether it’s basic maintenance, detailing, or researching parts for a new project. It can be hard work, but for me it’s also fun, even if I’m not out driving!

Thanks for reaching out to me and letting me share my story and featuring the RMADLLO— a beautiful and classic 80s Porsche classic icon!

I like how Kevin says just about everyone else is chasing 911s. In many respects, the 911 is the definitive Porsche, but the “transaxle cars” are still as desirable as ever. I know I want a 944 Turbo. And a 928. And a 968, too. They’re all amazing machines.

Look up Kevin Jackson and the RMADLLO on Instagram—@944armadillo. And help keep car culture alive by visiting the clubs, communities, and vendors he mentioned. Aside from being something interesting and different to look at, it’s always nice to know where to direct a fellow gearhead in need. 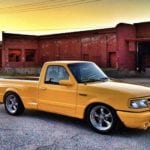 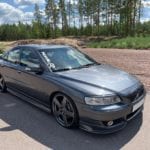