Was your first car known for being fun-to-drive? Mine—a 1988 Pontiac Grand Prix—was not. 25-plus years later, I’m still grateful my parents gave me my first car, but this is something I hadn’t thought about until I’d heard back from Jose, aka: @calimx5.

A college student on a budget in Sonoma, California, Jose says he’s been trying to build a tastily modified, 1996 Miata (NA). He’s had it a little over three years. I’d say he’s succeeding.

Oh yeah, and this is his first car.

[you] Miatas are amazing cars. They are economical, stylish, and fun! They handle well enough stock and can be improved to handle better with a few modifications. It is a great first project and a great introduction into the car community.

This is also a car that allows you to modify it without spending your entire life savings. There are a lot of available aftermarket parts for low prices. The only downside for me is that it is a small car and it might not always be functional when you need to carry things.

[you] I became interested in Miatas, specifically NAs, because my cousin had bought one and modified it nicely. It was a murdered-out black Miata na with wide rims and over fenders. I fell in love with the car and I knew that I had to get one.

As time went on, I searched for Miatas and eventually came across this one. It was a really clean car owned by an older man. It had about 120k miles when I got it. The funny thing is that I did not know how to drive stickshift and my dad drove it home for me. It took me about 3 weeks to figure it out and then I was unstoppable.

I honestly felt really cool in my unmodified Miata. I began to brainstorm ideas for the project and slowly built it up to how it looks today. I have added spoilers, LED lighting, Bride bucket seats, wider rims, coilovers, the hardtop, and an exhaust. It is my daily and I really enjoy the gas mileage. I am still in the process of building it and I plan on keeping it for as long as I can.

[tgp] How’s the Miata community doing these days? Where do y’all hangout, share tech, and whatnot?

[you] The Miata community where I live is really sparse. I live in the north bay and there are a couple of Miatas that I see around, but some of them are older people and only a few of them are younger people with modified Miatas. I usually hangout with family members and friends with other types of cars, mostly Mopar and off road cars. We go to the local Cars and Coffee meet and walk around the extremely full parking lots filled with classics, exotics, and JDM cars.

[you] I think that the automotive culture is becoming difficult to continue with all of these new laws and restrictions on modifications in California and also because it is hard to do car meets. Although it is possible to do a nice and peaceful car meet, some people don’t respect that and they begin to create chaos which captures the attention of law enforcement. We should be able to keep doing car meets without creating a disturbance to others.

[you] The biggest influence in my life about cars are definitely my cousins. One of my cousins has a Chrysler 300 and my other cousin had a Dodge Charger. They have great taste in modifications so that’s probably where my style comes from. 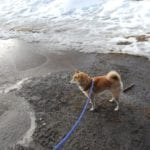 The Tail of an Extraordinary Dog 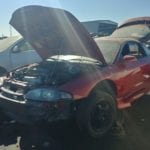