The 10th generation Civic Type R is our type of street fighter.

If you’ve never been a Honda owner or fan, you might not think “Type R” means much. After all, ricers have been slapping cheap, bootleg “Type R” badges on everything from base model Civics to Dodge Durangos over the years, right?

Ricers be damned. When Honda releases a Type R, it’s something special. It’s not just a cosmetic thing. Real, actual Type Rs are really, actually special machines. In fact, you might say…

Finding a Civic Type R owner in the US was trickier than I thought. Despite the FK8 CTR being the 10th generation of the Civic—and more than 20 years passing since the first CTR was released with the sixth gen in 1997—the FK8 is the first generation CTR available in the United States.

Hondas have always had their charms, and they’ve always been charming—but they’ve never been as futuristic and edgy as the FK8. And powered by a 300-horsepower (hp), turbocharged VTEC mill, the Civic Type R proves itself a member of the elite, sport compact A-list.

[tgp] Introductions: My understanding is you own an FK8 Honda Civic Type R. Is that correct? Those are pretty rare, right? And it’s not just a cosmetic trim package over an Si, either, right? Can you give us outsiders the heads up?

[you]  Yes, the very first Civic Type R in the US market. I wanna say the word rare speaks to the type of person who stores an OEM Civic Type R and not drive it or modify it. The tremendous amount of aftermarket support for this chassis is hard to collect and not use.

It’s more than the cosmetic trim. You get a double wishbone suspension along with a limited slip differential (LSD) and a 2.0-liter, turbocharged K20C1. The chassis is also supposed to be more rigid. I want to say a completely different car from the Sports and the Si.

On the FK8 Civic Type R…

[you] I originally bought the CTR as a fun daily. It’s great out of the box. It’s a spacious wagon that’s lighter than most full-size sedans. It’s a car that, if driven efficiently, you can get up to 31mpg—with 305hp 295lb of torque.

One of my biggest concerns tho is the stock OEM tires and wheels. Being a 245/30/R20 tire, my tire pressure monitoring system would go off every time I take a long road trip. I’ve had  to get it recalibrated like three times, but it’s annoying to have to check often on road trips.

[tgp] How did you end up in this camp? Have you always been a Honda guy? If so, why have you stuck around as long as you have?

[you] I’ve always been the li’l pioneer. Back in the day, I loved to explore and travel. And cars are one way to experience the world. Yes, I started off with numerous Civics and Accords. I’ve always loved the Civic hatchbacks. Being such a lightweight front wheel drive hatchback with a screaming, naturally aspirated motor always puts a smile on my face.

[tgp] I see you track your car. How so? And how does the CTR do? Any noteworthy upsides or concerns?

[you] Yes, I do and it’s awesome. I’ve only pushed myself because, as I mentioned, it’s a beast on the track. So I had to find out for myself. It does an amazing job pushing and shoving through corners. The handling is amazing. I want to say a very easy car for anyone to track. Brakes are some of the best brakes I’ve owned from Honda.

My only concern is when pushing the car lap after lap, session after session, the car overheats. There are ways of correcting the issue, but it’s a design flaw that includes the turbo, inlet and head being so close to each other. Tends to overheat on a hot day.  But throughout the fall and spring it’s boost season, haha.

[tgp] How’s the Honda community doing these days? Where do y’all hangout, share tech, and whatnot?

[you] The Honda community I’ve found to be pretty supportive and awesome. Being inspired from people every day on new products and new awesome techniques for modifications. A lot of times there are FK8 forums or Xgen forums, but I’ve gathered most of my knowledge from folks in the Facebook forums and Instagram. Sometimes we set up group events to go on cruises, go race at our local tracks, or just hang out at meets and talk cars.

[you] I want to say one of the issues is being judged as a particular build. Each and every car was built by their owner for their lifestyle. I’ve seen people hated for something they’ve done to the car that some may not approve of. We should just build our cars for ourselves and not for others. At the end of the day it’s YOU who drives the car.

[you] My friends. And the car guys that you meet in the car scene they know who they are. They’ve inspired me to step out of my comfort zone.  And start a chapter in my life that I’ve always dreamed of. Much to them I’ve gone further on any build. I’ve gone so far and got to drive on my dream track in Laguna Seca Raceway.

Ain’t nothin’ wrong with that.

Car culture’s changed a lot in the almost 20(!) years since The Fast and The Furious came out. So many of our favorite tuner cars have gone away. Those that have remained (or returned) are often frustrating. Big, fat touring cars like the Evo, WRX, and 370Z, parts-bin novelties like the BRZ/FT-86 and Mk5 Supra, or shells of their former glory like the Sentra and Mazda3.

What’s left to carry the torch of iconic, Japanese sport compact tuner cars in the USDM? The Hyundai Veloster N can probably hold its own against the Focus and Golf, but even in top trim, it comes up more than a couple ponies short.

In a lot of ways, the FK8 Honda Civic Type R is the last of a dying breed. It may not be the street fighter many of us OGs imagined would win the war (even by attrition), but this gearhead would offer it’s the one we need.

The king is dead. Long live the king.

Kevin also mentioned CivicX forums. Help keep car culture alive by visiting the communities, events, and vendors mentioned. Aside from being something interesting and different to look at, it’s always nice to know where to direct a fellow gearhead in need. 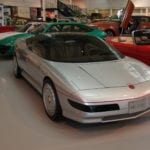 What are we giving up? 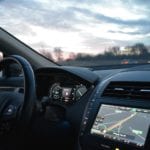