It may no longer be in my garage, but the Pajero Evolution will remain in my heart as one of the great ones. I enjoyed it thoroughly for almost five years and even got to take it all the way to Los Angeles, California (from Canada) to participate in Mitsubishi’s 100 year anniversary Owner’s Day. I think this most precious of triple diamonds deserves an elegy, before I start anew on another JDM adventure.

Sure, it drank premium fuel with a veracity that would put Alexander the Great under the table, yet it never let its fuel intoxication interfere with its 4-wheeled stranglehold on any fire-road you pointed it at. Back on the blacktop, it dove into offramps with a body-rolling alacrity that transitioned into gobs of grip from front and rear Torsen differentials, before screaming MIVEC oaths to 7000 rpm, abruptly shifting gears and then building momentum all over again. Its bipolar volatility was on full display every time I drove it, as it mercurially launched from calm cruiser to pavement pounder with just a hint of throttle. In a long line of SUV’s I’ve owned, the Pajero Evolution was one of the great ones, and I’ll always cherish the five years I spent trying to tame it. 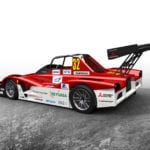 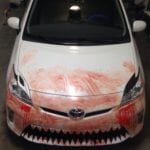