10 years ago, I started an online magazine by interviewing people with cool cars. Somewhere along the way, I took the scenic route. I found myself out there in blue sky country—and I don’t mean Montana.

The downside to finding yourself is that it’s really easy to find yourself alone. Especially these days. After spending two hours trying—and failing—to record a podcast around what I love about being a gearhead last week, I realized it’s pretty simple.

The best part about being a gearhead is the people you meet playing with cars.

I still believe that, if you can modify your machine, you can modify your life, but that’s just something you gotta figure out for yourself. The scenic route has incredible views that will change your freaking life—but it’s time we got to the fast lane.

Today, I’d like to introduce you to @baggedpringlez from Wooster, Ohio. I decided I wanted to interview a 370Z owner. I searched Instagram. His car looked dope, so I reached out.

Honestly? I couldn’t have asked for a better result.

[you] Honestly, I pretty much love the car to death. Everything from the power, reliability, and shape of the car just has a really aggressive look to it which was important to me for having a good start for a build. The fact that the car looks like it is widebody stock is a great feature for making it stand out.

Things I’m not too crazy about are the blind spots. Without having purchased blind spot mirrors, it is hell trying seeing anything in those spots. Also, I think the car is just a little too quiet from the factory. I think the exhaust of the car should be a little louder than the motor, not the other way around. But I’m just being picky. I don’t really dislike anything about the car. It’s truly a great platform. The aftermarket options are endless. (Which is another reason why I got a 370Z.)

[you] I’ve always wanted a Z. Ever since I got into cars, I have always loved the 350Z platform. The goal has always been to have one since Day One. 350Z was always a favorite, but when it came to reasonable dreams, you could say a 370Z was my dream car.

I’ve had it for three years now, currently going into four, and I couldn’t be any happier with my Z. I had a Tiburon GT before this, but that was mainly to teach me to drive stick. I’ll probably keep my car for quite a while. I have no intentions of getting rid of it any time soon.

On the Nissan community…

[tgp] How’s the Nissan community doing these days? Where do y’all hangout, share tech, and whatnot?

[you] The Nissan community is filled with really cool people and really great cars as well. It’s obvious everyone has their own taste, but loves each other’s cars the same.

Every group has people who are too cocky in the community and bring shame to the rest of the owners. Usually you’ll find everyone at big events all hanging out with each other. Not everyone lives close to others with really cool builds, so we all try to catch up at big events like Slammedenuff or Import Face-Off shows.

There are a few groups on Facebook and Instagram where we all get to know each other on a li’l more personal level. We’re always listing if anyone needs to be heard or just needs to vent. We’re all homies supporting each other. We never like to see one of our own down.

On this gearhead life…

[you] Obviously, the kids who sit there and rev bomb their cars and do burnouts at chill meets.

I think people shouldn’t focus on the cost of other’s cars so much as the hard work they put into making the cars what they are now. There’s always people bitching about how some people don’t have super nice wheels or authentic body kits and this and that. Blah. Blah. Blah. Not everyone has money. People make do with what they have and that doesn’t give someone else a right to chew them out because they don’t have the same budget.

I don’t have much of a big concern other than that there just needs to be more enjoyment of cars rather than everyone always judging each other. It’s better not to say anything than say something rude. You never know how the other person’s gonna take it. Hard to do something about people’s personalities.

[you] I don’t think there’s one person who has made the biggest difference so much as my being welcomed into the car scene as a whole. 95% of the people i’ve met are super awesome. A lot of the people I don’t even remember their names because it’s just been small chit chat and shit like that at big car events and stuff.

A few who stand out a bit more than others would be people like @bags00, who is my buddy Chuck who started Low Life Gang. He’s made it a really great group locally that’s starting to be recognized statewide and even internationally. Chuck welcomed me in with open arms and we have been great friends ever since. Everyone in Low Life Gang is great; it really feels like family when I pull up and see everyone’s cars lined up.

I’d also like to mention my buddies Dakota and Rob—another Z owner and a Miata owner who didn’t even know who I was, but came out to an event they had never even heard of. I hung out with them that day and they have been some of my best friends ever since.

And also a big shoutout to my buddy Zach who runs @honeybadgerauto. He’s always a huge help whenever I need info about something or to order parts for my car.

There’s really way too many people who have made a difference in my life in the car community. I couldn’t thank everyone enough for the ongoing support. I love seeing them succeed and they always give the same support back.

Just goes to show, if you respect the built-not-bought, DIY way of life, ya gotta get out there and meet other gearheads face-to-face. And ya gotta respect the effort while you’re at it. Look closer, see if you can find something in common, ya know?

Thanks for the reminder, Mr. Pringlez.

Special shoutout to @shades_media for the gorgeous pictures. 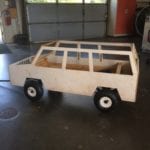 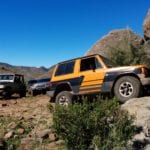