I couldn’t have planned it better if I’d tried.

[tgp] Introductions: My understanding is you’re a LHD Delta owner. And an active member of a Lancia owners group. Is that correct? Anything else you’d like to mention?

[you] Yes, that’s correct. I’ve owned my 1993 Lancia Delta integrale since 2007. Note the small “i” in integrale, that’s important to those in the know! It’s an early Evo 2 model, probably the most desirable of the road car versions to most people. But, in fact, by the time the car was on sale the Lancia factory team had withdrawn from rallying so for aficionados, it’s probably viewed as the least authentic model from a motorsport history perspective.

It is LHD as it left the factory. In the UK, there were some cars converted to RHD locally. Still, they are few and far between and due to the use of alternative parts including steering components they are believed not to drive quite as well, losing some of the superbly communicative steering feel found in the standard car. Driving a LHD car over here just makes the whole experience a bit more special.

I’m a long-time member of both the Lancia Motor Club and Club Lancia Sport but not particularly active in either. Still, they are vibrant communities that it’s useful to keep in touch with and contribute to discussions and answer questions where possible.

[tgp] The most important automotive opinions are those of real, actual owners. As the owner of such a legendary vehicle—a Lancia Delta integrale—could you share a little unvarnished truth with the rest of us? What do you love about them? What do you not love about them?

The integrale is indeed legendary. I think it possesses the key characteristics of a car that could rightfully be classed as an icon. It is Italian, it was built in low numbers, and it has a fantastic motorsport pedigree. To this day the Delta remains the most successful rally car ever to compete in the World Rally Championship with 6 consecutive manufacturer titles between 1987 and 1992.

Unvarnished truth? Well, I love the way they look, I love that they were designed with a purpose and every crease, vent, wing and grille is there for a reason connected to rallying. I love the way everything is mechanical, there’s ABS as standard on the Evo 2, but that’s it. No other electronic interference. I love the grip, keeping the engine on cam and firing it out of corners on a twisty British back road is a joy. Allied to that, I love the smoothness of the Twin Cam Lampredi engine. I love the smell of the Alcantara that covers the seats, door cards and headlining. I love the way you set off and just break into a smile – I have checked with other owners, and I am not alone in occasionally talking to it!

So what’s not to love? Well, the cabin gets really warm in the summer months. The standard Evo aircon actually blows warm as it struggles to combat the heat generated under the bonnet. It also likes a good drink of fuel and coupled with a small capacity fuel tank you find yourself regularly topping up. No hardship really but you often get waylaid talking to people who come over to look at the car, so it’s not always a quick process.

This actually brings me to another positive of integrale ownership, they attract lots of attention, but it’s universally positive. If you’re not a car enthusiast, you pass it by. If you are an enthusiast, you’re delighted if you see one out and about. On several occasions, someone has stopped me in a car park or shouted across a street to say seeing the car has “made their day.”

I was in my early 20’s in the late eighties and early nineties when the motoring press was unanimous in their adoration of the integrale. I have subsequently bought on ebay all those magazines I read in period including Car, Performance Car and Fast Lane and found I remembered the photos some 25 years on. I owned some tremendous hot hatches of that era, Peugeot 205 GTis, Golf GTIs etc. but the integrale was in another league both in terms of cost and performance. It was a scarce sight indeed. I remember a friend of my cousin who was a little older than I had a 1988 16V which I used to drool over and once got a lift to a football match sitting in the back seat. I was hooked.

With the advent of the internet, it opened up further opportunities to learn more, and I had a constant craving to get one that never left me. I regularly visited the website of integrale specialist Walkers Garage in North Yorkshire, and one day when passing on business I called to look at a couple of cars I knew they had in stock. That was it, I bought their Monza Red Evo 2 and road up on the train the following Saturday to collect it. A magical day.

I’ve now had it 13 years, and it’s part of the family. In that time I’ve covered 50,000KM in it, and it’s been fantastic. Not once have I considered selling it.

[tgp] How’s the Lancia community doing these days? Where do y’all hangout, share tech, and whatnot?

It’s a small but dedicated community. Lancia has produced some fabulous cars over the years. Still, there tends to be those whose interest primarily lies in the pre-Fiat group models (pre-1970) and those who take more interest in the later rally-inspired cars (Stratos/037/Delta S4/Delta integrale).

Both leading UK clubs have websites and Facebook presence that you can check out. The integrale community also has a longstanding forum on Delphi Forums (Evo forum).

[tgp] When you think about automotive culture in general, what stands out as being the biggest issue we should be working on together? What’s your biggest concern, and what should we be doing about it?

Oooh, that’s tricky. I absolutely understand the move to reduce carbon emissions but fear that car enthusiasts may be disproportionately affected. OK, my car uses fuel but its petrol, it’s 27 years old and is unlikely to be scrapped, and it does very little mileage indeed. I hope I can continue to enjoy it along with others who enjoy seeing it on the road and at events.

I also believe that modern performance cars are a product of marketing departments who are more concerned with headline numbers and lap times rather than how a car drives and feels on the road at sensible speeds. They are too powerful, too firmly sprung, too grippy, and too heavy to be really enjoyable on public roads.

I think it’s motoring journalists who have influenced me the most. I’ve not bought car magazines for a while but used to really look forward to the latest Performance Car, Evo or Fast Lane. Something was engaging about buying a magazine and investing time in reading it and appreciating both the writing and photography. 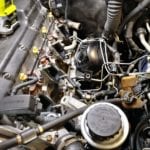 While You're in there... 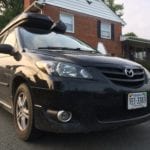