Some machines get a bad rap. Those, “Cool Prius! — Nobody” decals come to mind, as do most of the “BrInG bAcK tHe EvO 4g63T vR4!” comments—far and away by people who never have nor ever will actually buy a new Mitsubishi—on every Mitsubishi Motors social media post since 2016.

There are machines that, for a variety of reasons, gearheads like us tend to discount as being uncool. But what IS cool, anyway? Isn’t that just another word for “popular”? We gearheads like being different. Different is cool. Different, done well, is even cooler.

Today, I’d like to share something different. I’ve come across a lot of machines that, as a conventional gearhead, I would have never thought of as being cool, but are actually VERY cool. Some of the owners never got back to me—or didn’t appear to speak English—but I wanted to share anyway.

[Note: If your car is included here and you would like to tell us a bit more about it, please contact me.]

One of the scariest gearhead thoughts I’ve ever had was about what might become my daily driver if I had to bail out of my more enthusiast-centric vehicle. If I decided to just sell Fezzik and get something newer and reliable, what would that look like at my used-Mitsubishi budget? [ shudder ] In honor of Halloween, I thought it might be fun to check out some of the machines that might fit that bill.

So here we go—a collection of what this gearhead thinks are amazing examples of machines most gearheads would never consider cool. And yet, there’s no denying these machines are just as amazing as their more mainstream counterparts. And isn’t recognizing automotive craftsmanship and quality a fundamental part of what it means to be a gearhead?

That Mitsubishi retired everything remotely sporty from their product lineup and then went hard on the Mirage makes more than a few people angry. And yet, it has its own race series elsewhere in the world.

It’s a cheap, brand new car with a warranty, that gets almost 50mpg and responds nicely to suspension and handling bolt-ons. Some members of MirageForum.com have already been experimenting with forced induction. Talk about a market just itching for more aftermarket support.

The Nissan Juke met with no shortage of shit-talk when it first came out. It’s definitely a polarizing machine and yet—speaking as an owner of a 2011 SV (FWD CVT) with over 120,000 miles on it—it’s a legitimately amazing little machine.

Nearly 200hp from a (Mitsubishi) turbocharged 1.6L, these little toadies get up and move. Box stock, they’re just as at-home carving mountain roads—up AND downhill—as they are reeling in endless miles of open highway in economy mode.

Add a healthy aftermarket complete with everything from intakes and exhaust to turbo upgrades and tuning solutions, and you’ve got a recipe for a good time. It’s like a mini Z. Check out JukeForums.com for more ideas.

Often referred to as “PT Losers” , the PT Cruiser was hot-hot-hot when it first came out. For a solid decade, these machines all but defined the retro/throwback trend in automotive design. It was so popular, GM rushed to put it’s own version out, the equally forgettable HHR or whatever.

For all it’s failings, the PT Cruiser did have some nice features. The color matched interior trim was nice, as was the elevated second row seating, which gave a slightly better than usual view. Most attractive, however, was the turbocharged GT model, which got the same sneaky 2.4L four found in the Dodge Neon SRT-4.

Call them swagger wagons if you like. There’s something exceptionally cool about a properly done-up minivan. From the batshit crazy, turbocharged Dodge Caravans of old to the latest Toyota Sienna, minivans have come a loooooong way.

Ask any gearhead with kids about minivans and you’ll find most of us have considered modifying a minivan at some point. After all, any legit gearhead worth his or her salt should be able to make any machine reasonably high performance, right?

It’s a car as old as I am—introduced in 1977—that was made for decades, until—get this—the UN accidentally bombed the car company’s headquarters in 1999. Absolutely ridiculous. And yet, one gearhead’s trash is another’s treasure, right? Check out these interesting Yugo finds.

Battery weight gives them heft and a solid ride feel. Their aerodynamics keep them quiet at highway speeds. And it’s easy to geek out at the instrumentation package. I mean, the way they display where power is being generated versus applied reminds me of some kind of 90s space movie. It’s rad.

The only reason we haven’t run a Prius Amazing Machine yet is because I haven’t found an english-speaking account that doesn’t have dangerously heinous rear camber.

Note: Shout out to PriusChat member A. Reyes for our featured image above.

Gearheads are more than mere enthusiasts. Yes, we’re enthusiastic about all things motoring and personal mobility, but we also hold ourselves to a higher standard. I like to think we take pride in being knowledgeable enough to be expert consultants to our friends and neighbors who might not be as into cars as we are.

Just because WE want high performance machines doesn’t mean everyone else in our lives wants the same things. Some people care about reliability, comfort, fuel economy, THE ENVIRONMENT. If we want to be taken seriously as expert voices, we should probably keep an open mind to things we might not understand.

We can all learn from each other—and we can all share and teach each other too. As easy as it is to discount and mock what other people choose to drive, we’re all in it together if we want to ensure we can keep driving into the increasingly automated, app-driven (no pun intended) future.

I’d like to give shout outs to all the gearheads above who love their machines enough to customize them, make them their own, and share them with the world. Variety is the spice of life. Thank you for adding your flavor to the soup that is global car culture. 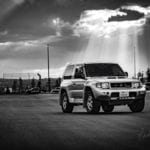 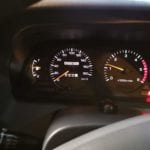