But I’ve also noticed how much history repeats itself. Well, not so much repeats, but rhymes. 40 years ago, Hollywood might have had more variety, but there was a very clear recipe for success—put a big name actor behind the wheel of an amazing machine, drive fast, take chances, and watch the money roll in.

Even if they weren’t the focus of the show, machines like the Knight Industries Two-Thousand (KITT), Doc Brown’s DeLorean, Rockatansky’s Pursuit Special, The Blues Mobile, ECTO-1, Eleanor, etc.

But no collection of amazing machines would be genuinely amazing without might arguably be the most recognized movie car of all time—the second generation Pontiac Firebird Trans Am made famous by Burt Reynolds in the classic, street racing comedy adventure, Smokey and the Bandit.

This particular Bandit is extra special. It belongs to a lady—and she lives in Germany.

[tgp] Introductions: My understanding is you live in Germany and drive a big, bad Pontiac Firebird Trans Am. Is that correct? Anything else you’d like to mention?

A Firebird in Deutschland

[tgp] Germany is known for cars–but not THESE cars. How did you come to own the TA? How easy was it? How does the car’s performance and age affect registration? I hear inspection is difficult.

[mkb] My husband and I bought it as a wedding present for ourselves five years ago. It stood in a barn for almost 20 years with a blown engine. We swapped in a 1976 Pontiac 350ci bored out to 361ci, with mild cam, tuned Rochester 750cfm carburetor, and Hedman Headers coupled with Pypes complete stainless steel exhaust with Pypes Violator mufflers. The car is back on the road since the beginning of 2018 and she runs and drives like new. She is part of our family.

[tgp] As a German Firebird owner, could you tell us what it’s like for you? How do people think of the car?

[mkb] Inspection is very difficult over here. The german TÜV wants everything to be original—not modified—before the car receives the historical plate. Generally speaking, the Oldtimers in Germany are better cared for and technically in better condition than many modern cars.

[tgp] What’s the best part about owning such a car in Germany? What’s the worst part?

Driving the TA brings a permanent smile to my face. Sometimes when I feel stressed or have a bad day, a quick drive in the TA makes it all go away.

The worst part of owning this car is putting it back in the garage. OK, she is really thirsty, too, and fuel is expensive, but I don’t care! [ Editor’s note: Fuel might be €1.50/liter, or nearly US$7/gallon.)

[tgp] How’s the muscle car community doing these days in Germany? Where do y’all hangout, share tech, and whatnot? Are there any big, special meets?

[mkb] The muscle car scene in germany is big, but unfortunately it’s split down the middle because of the invasion of modern muscle cars. There’s plenty of car meets around Germany and there’s something for everybody.

Through this passion for American automobilia, we’ve made a lot of new friends who share the same interests. The love for those cars connects people. It’s a close-knit community. We are currently planning the first “Bandit Run Germany“ for 2021.

Just respect other people’s builds—even if it’s a VW Golf, slammed with lambo-doors and not your personal taste. Respect the work and wrench time those people put into their projects.

[mkb] Well, I’ve never been a girl that loved “girly things“. I grew up as a farmer’s daughter and loved to play with cars and was used to getting my hands dirty.

The person who especially awoke my interest in cars was my husband, a real gearhead. We live just 40 minutes away from the legendary Nürburgring and frequent it as often as possible. It’s great to live with someone who shares the same passion for cars and get the chance to work on them together. Our current Project is a 1972 Dodge D100 Stepside.

When it comes to amazing machines, I think we’d all love a collection of movie cars. The Countach from Cannonball. The Wraith. The Bullitt Mustang. The list goes on, but while there might be dozens of movie cars to choose from, we all know we want a Bandit TA. It truly is an amazing machine.

And with this being the week of Christmas (for those who celebrate it), I thought it would be a nice little gift to remind us all that this thing we love doing, that tests us, teaches us, and makes our lives better, is something we have in common with people all over the world.

Maybe if Thanos and The Avengers took their beef to Race Wars, things would have turned out differently. 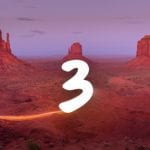 How to... Project Adventure? 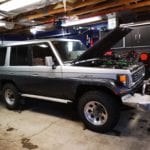