There’s a lot of negativity out there these days. I don’t know if there’s actually more of it or if the echo chambers we’re in just amplify it in the name of corporate profitability—but I know I hate it.

Danny and I were talking about this recently. Seth had something to say as well.

It’s really easy to lean on loss aversion and push the negative vibes. Frankly, it works.

Few things get people riled up as easily as the perceived threat of missing out. Social media is built on this principle. So is the bulk of modern politics. But here’s the thing…

You don’t win the long game by standing against things.
You win it by standing FOR something.

I could use my build thread to rail against the machine. I could fight fire with fire and tell you all about how The Man is separating you from your money—but you know what? Two wrongs don’t make a right.

Instead, I’m going to be a positive vibe merchant.

Not to say I’m going to be a pollyanna and let BS slide. Far from it—but I want TGP to be a place where gearheads who want something more than the status quo can count on for encouraging ideas.

The Gearhead Project needs to be a celebration of the gearhead AS the project. 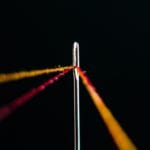 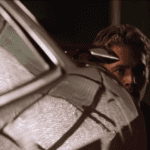