Sympathy for the Devil?

If you’ve never attempted more than an oil change or an air filter swap, then you may have this misconception that mechanics go to school, work at a shop, and then continually extort vast sums of money from you for something that shouldn’t take nearly as long as it does.

Those of us non-pro’s who still do our own wrenching know differently. Although we sometimes wish we didn’t. Imagine being trained as a language expert, except folks expect you to know ALL languages! Or passing the bar exam, and suddenly being expected to know every facet of the law – in EVERY country. This is the expectation many place on mechanics, and then wonder why they can’t fix something in under an hour. 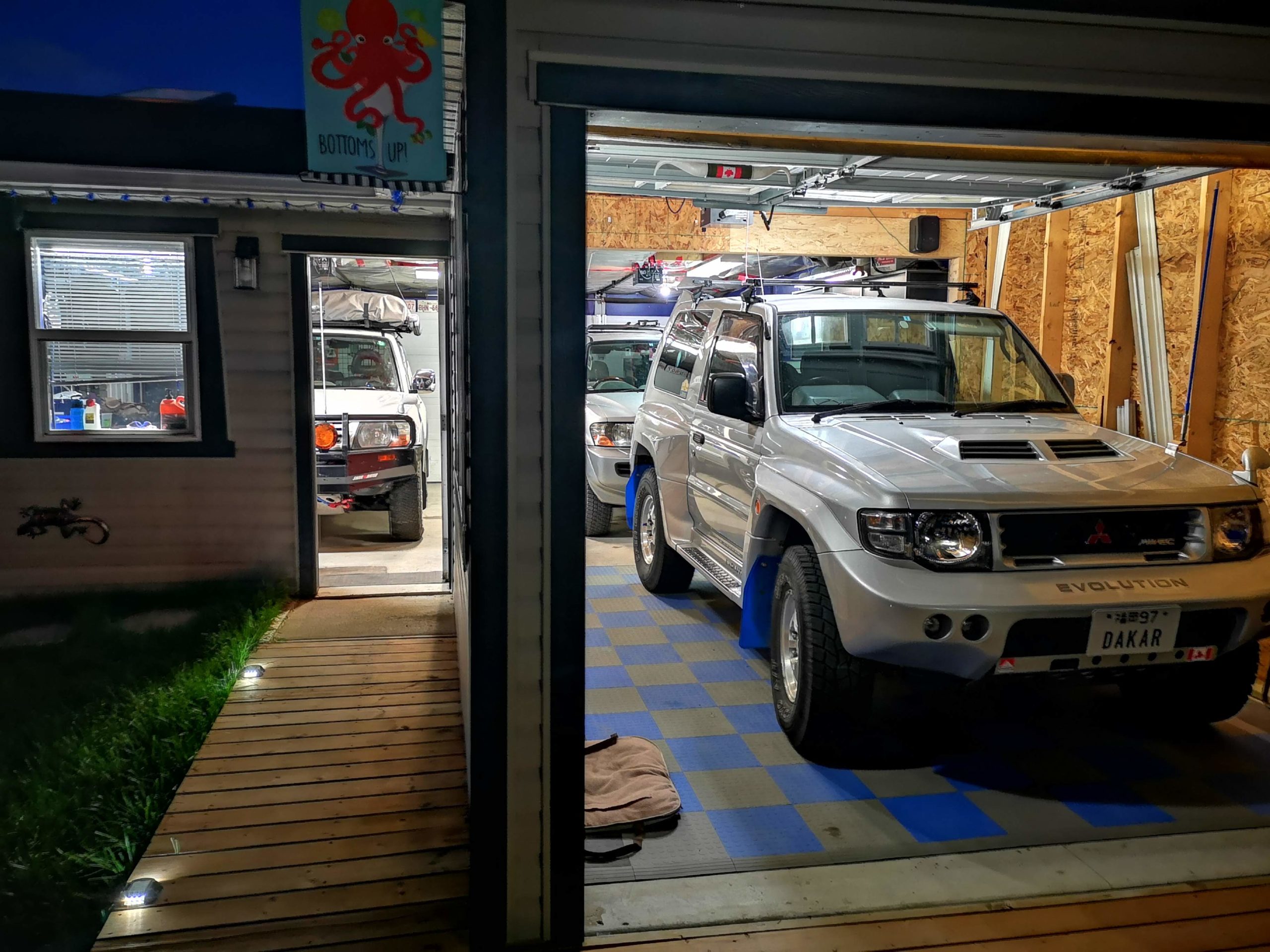 If you want something done right, do it yourself.

Owning a JDM vehicle is a poignant example of this, and so a few weeks ago when I was investigating my front end tire wear on Project Shorty, I worried I might be in for a struggle of epic proportions. 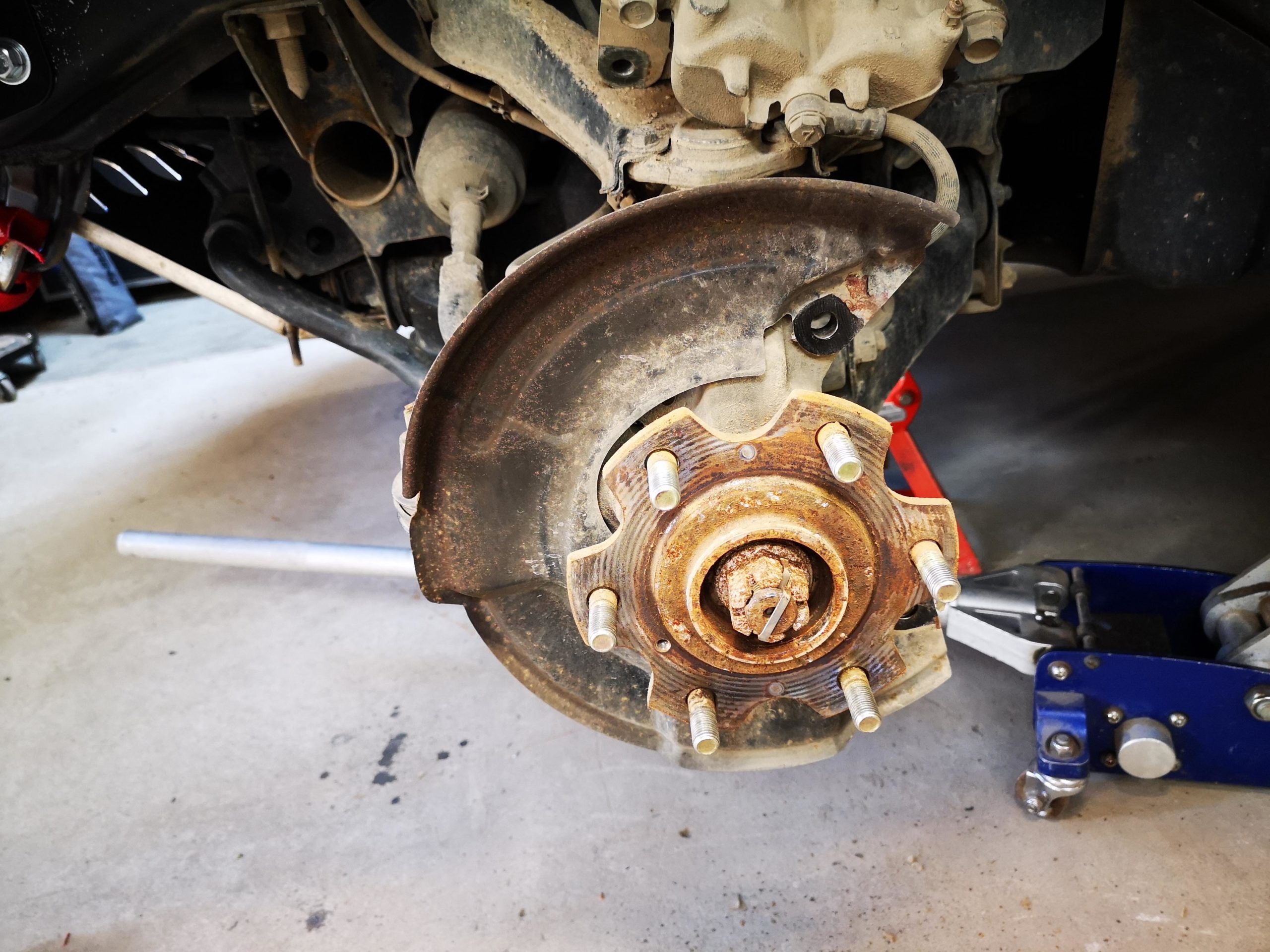 Upper and lower balljoints? No biggie: Hammer and a pickle fork. Good to go? Not quite. I also needed to replace a wheel-bearing. My research indicated heavy doses of oxy-acetylene to get the part glowing red hot. I then read about 20 ton hydraulic presses, ovens, magic penetrating oil…

I didn’t want to make the same mistake as last time ( Needle Small – Pole Big ) so I did some deep breathing exercises and put a parts list together. Rock Auto had the parts on my doorstep within a couple of days (Yes, you can get your JDM vehicle parts at rock auto, if you play the import game like a pro! More on that in a future article…). The factory service manual showed the exploded view and the correct order to remove and reinstall. 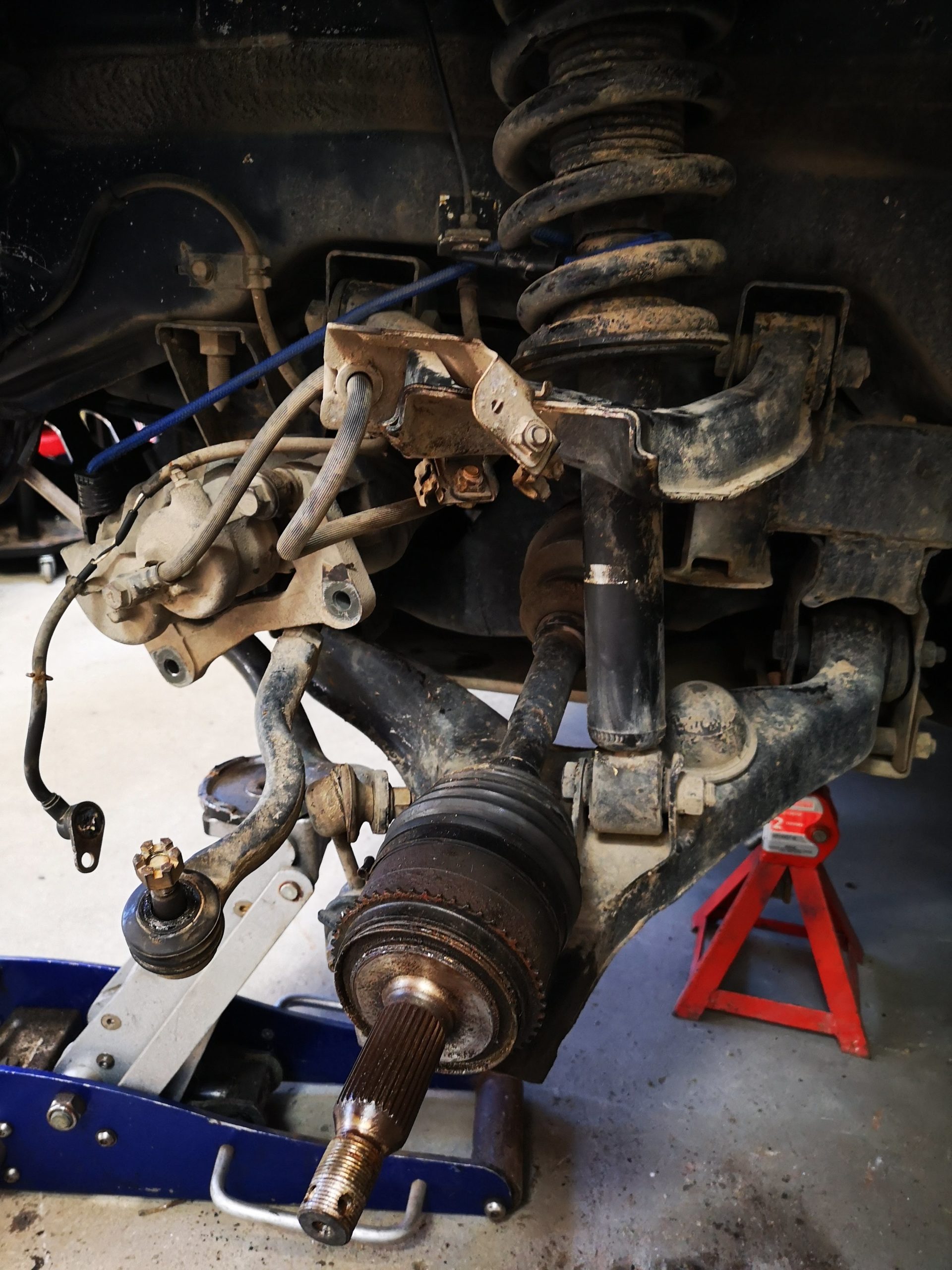 NOWHERE in the FSM was there any mention of how to get the hub/wheel-bearing assembly OUT of the steering knuckle. My social media support group had many suggestions, and yes, lots involved heat and hydraulic presses.

SO, in no particular order, I tried:
-soaking with PB Blaster
-slide hammer
-putting the wheel back on and using it as a lever

When none of these attempts even made a gap, I removed the knuckle from the truck entirely (along with the ABS speed sensor, but in pieces!) and put it on the bench. Then I redoubled my efforts, including, but not limited to:
-air chisel
-cold chisel
-brass drift
-more PB Blaster

I even swore oaths of the most base colloquial origins upon its ancestors, but to no avail. I needed to rethink my approach. Finally, I decided that this “War on Hubs” needed to take a page from the War on Drugs. Overwhelming force was what I needed. Unfortunately, I didn’t have easy (i.e. free) access to a hydraulic press. But I did have another secret weapon. 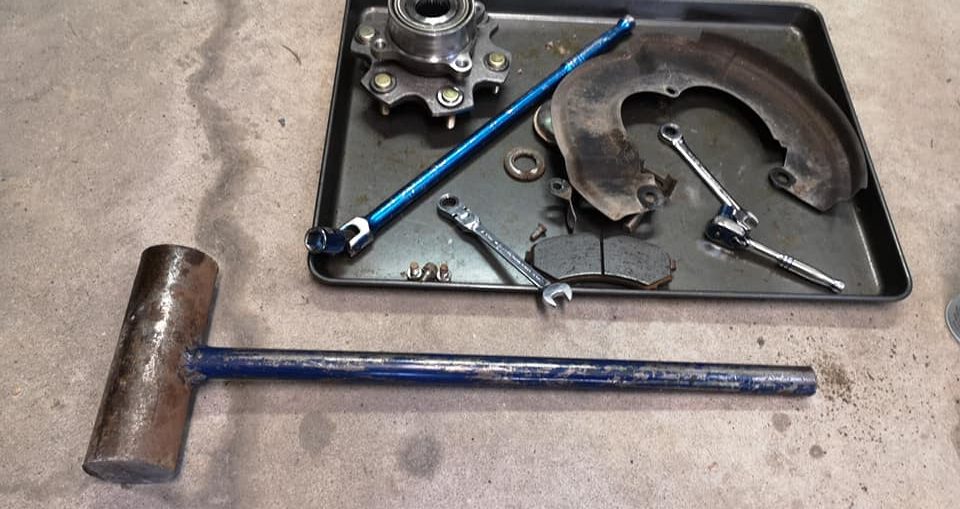 My brother once worked at a metal shop, and during some downtime one summer day, he welded me up a sledge hammer. Not just any sledge, but one from solid steel round stock. Handle, head, all steel. It probably weighs 12 pounds or so, but when you need to call in the big guns, you call in Bertha.

I found some old bolts of the appropriate size, and threaded them in halfway. Then I gathered up some 2×6’s and screwed them together to make a jig of sorts. With the knuckle and hub/bearing assembly inverted in my new scaffolding, I began targeting those sacrificial bolts with my big gun. Slowly but surely, over several hours, the gap began to widen. When I took a break, I could see a 3mm gap around the whole assembly, where the hub was irrevocably sliding down the chamber. After lunch I went back with gusto, and suddenly I could see movement with every slam from Big Bertha. The feeling when the whole assembly dropped out was… well… relief, tinged with a headache, since I had neglected ear protection.


A half an hour with some sand paper and scotchbrite had the inside of the knuckle looking almost shiny, and the new assembly slid in without so much as a whimper. Balljoints bolted back on, I realigned the whole contraption, secured the “castles” (because castellated nuts sounds like some sort of hipster bar snack), and threaded the shiny new cotter pins through their holes. 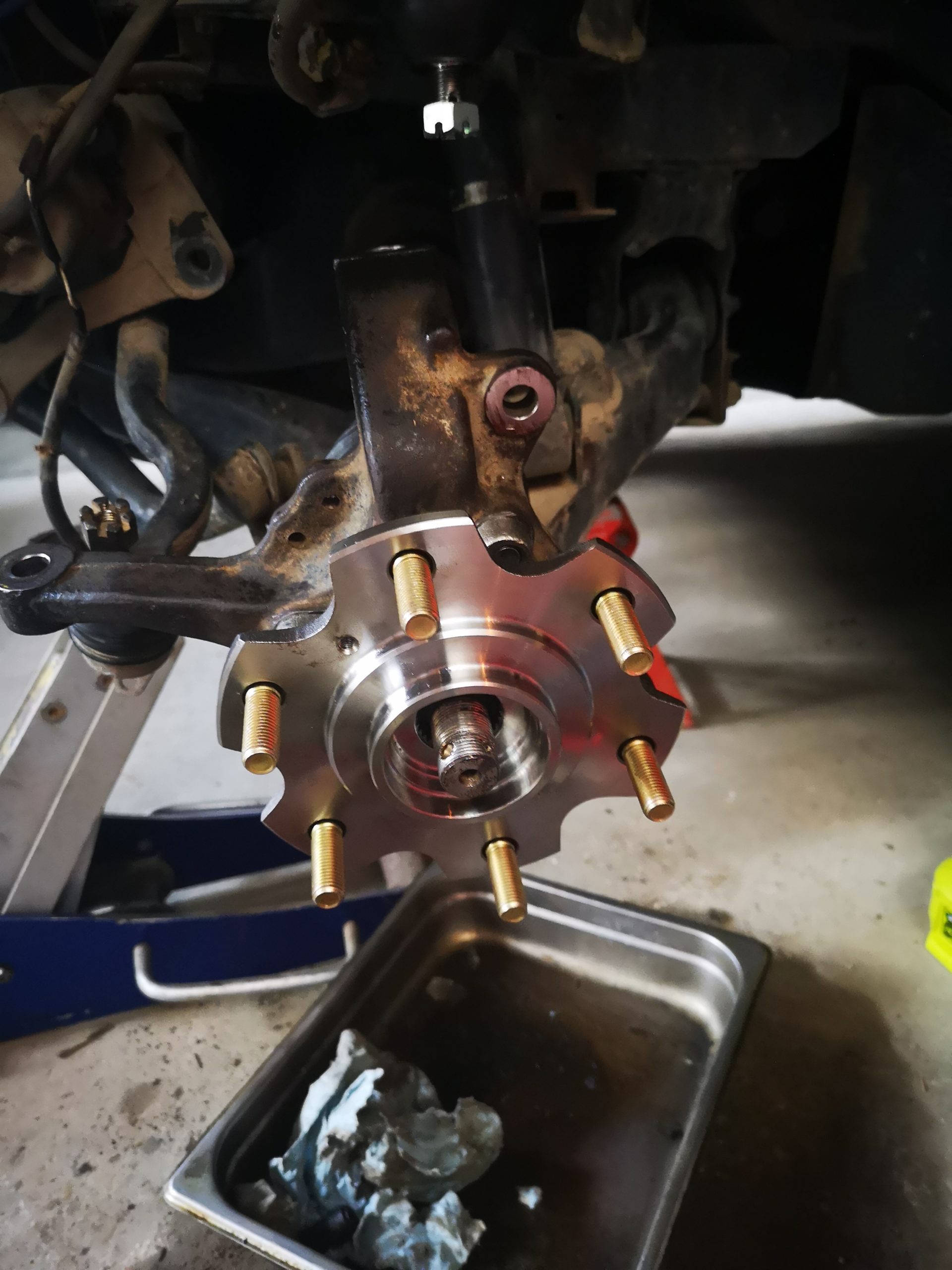 But while I wait for my latest Rock Auto delivery (Remember that speed sensor? I accepted it as a casualty in the “War on Hubs”) I can’t help but feel some sympathy for the average mechanic. If he attempted to tell me it took him three hours just to separate the hub from the spindle, how would I have reacted? Suddenly, what appears to be a simple job is approaching $1000 or more!

If you truly want to drive a JDM, and you are interested in keeping it running yourself, then by all means go for it! But while you’re gathering tools, grab some patience and some ingenuity too, along with a healthy dose of empathy for your neighbourhood mechanic, who fights for vehicular freedom every day. 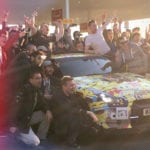 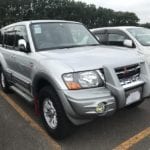