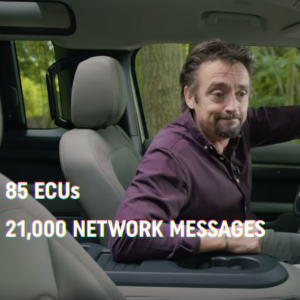 A Jar of Angry Bees

The new Land Rover Defender presents serious food for thought. And more than enough opportunity for legacy owners to come out of the hive and buzz about the way things used to be.

To be fair, ya gotta appreciate everything the Defender has stood for in its, what, 40-plus years of existence? Rugged simplicity. Like many of the most loved 4WD vehicles throughout history, the Defender has traditionally had more in common with a tractor than a truck—but that’s why we love it, right?

In a recent video, Richard Hammond gives us a quick overview of the new—all-new—Land Rover Defender. It’s got 85 ECUs. Land Rover refers to this still slab-sided off-road appliance as an “all terrain supercomputer”. They’re not wrong. And the stuff that technology delivers is downright magic.

So you know it’s good—but haters still gonna hate. In any case, we’re looking forward to seeing Defenders doing what most Land Rovers seem to do these days—drop fortunate sons and daughters off at prep school. 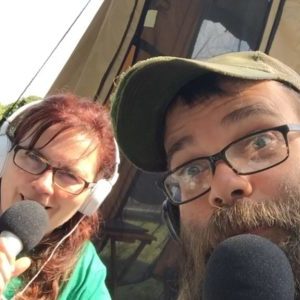 Been There. Tim & Kelsey. Doing That.

Amidst the sheer, consumer insanity that was Overland Expo West 2019, I found myself having a quiet conversation with a bearded fellow in an old hat with a feather stuck in it. His name was Robert Scrivener—the third. If he’d not handed me a business card, I might have guessed he’d simply sauntered out of the woods to help them Land Rover fellas git unstuck on the driving course.

Suffice to say, I’ve listened to a few episodes of Robert and Gayla’s Been There. Doing That. podcast since then. I’ll be damned if it’s not one of the sweetest, buttery smooth productions I’ve heard. Hard to believe the audio quality they’re getting in the back of a Jeep on the side of a mountain somewhere.

The grass is always greener.

Robert and Gayla are the genuine article. A couple down-to-earth Jeepers who downsized in pursuit of a more intentional—meaningful—life. You should check this one out. 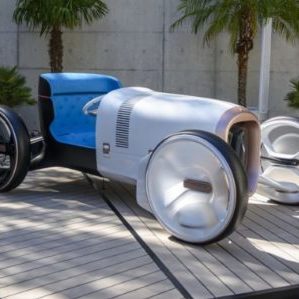 Dubbed the “Vision Mercedes Simplex”, this is a design exercise in merging the past, present, and future of automotive design. Talk about taking retro design language to the next level, right?

There doesn’t appear to be much about how it’s powered, but I was telling Jeff I wish the 100th Anniversary Mitsubishi Model A was more along these lines; maybe put a 1-liter 3A90 under the bonnet, a downsized PHEV battery pack in the floor, and give the Renault Twizy a run for its money.

I would totally drive one of these. It’s like cyclekart meets Tron, ya know?

Got a tip or story to share? Get in touch! 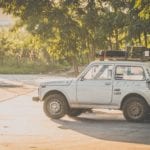 We take it for granted. 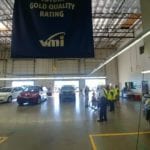