Our brains are hardwired to resist new information which might require us to change our opinions. It’s a simple fact of biology. Confirmation bias blinds us to potential opportunities to get what we really want. When we are aware of this—and catch it in progress—we gain an advantage.

This article was written by someone who gave up after his first failed attempt at learning to drive as a teenager—and doesn’t think cars have much of a future. As you read it, notice when your brain tells you the author is dumb or unqualified to talk about cars—then take it to the next level by asking yourself what gearheads like us could be doing to change this kind of opinion.

The lazy commuters far outnumber us. They want clean, quiet, self-driving appliances—not highly communicative, visceral motoring experiences. If we want to avoid the Red Barchetta future, we need to recognize people like this aren’t the only ones sticking their heads in the sand.

See also: You Are Not So Smart

We’ve all been there. An amazing, classic machine comes up for sale or auction—and it’s only got a few miles on it. Meaning one or more people bought the dream car and then never drove it. Even Jay Leno—who has more cars than he could daily drive in a decade—hates this.

We seem to recall an episode of Jay Leno’s Garage where he mentioned being offered a first-year Dodge Viper with less than 1,000 miles on it. He wasn’t interested, partly because he already had a Viper (or two), but also because he buys cars he likes to look at and drive—not as investments.

So we think it’s refreshing when interesting, classics like this Aston Martin DB2/4 come up with not only gorgeous, lived-in patinas, but also stories of owners who thoroughly enjoyed driving them—and invest in the harder, more important work of keeping them alive where they belong—on the road.

The Writing’s On The Wall

For all the enthusiasts out there suggesting they know more about the auto industry and what customers want than the OEMs, we see surprisingly few of them putting their money where their mouths are and starting their own car companies. Jay Rogers is among the rare exceptions—he founded Local Motors in 2007.

You probably know Local Motors for their Rally Fighter, a crowd-designed, beast of a pre-runner, with a design inspired by a P51 Mustang. They’ve been innovating and growing for 12 years, now focusing on Olli, their autonomous, 3D-printed, electric bus.

In this article on Manufacturing Tomorrow, Jay lays out the facts. 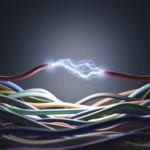 That thing you've always wanted to do 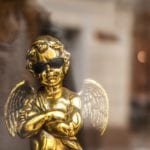