A case of them.

What Would Lee Iacocca Do?

Lee Iacocca, was a major player in the American auto industry for pretty much his entire professional career. He greenlit the first Mustang, the Chrysler Minivan, the Viper, and was CEO of Chrysler in 1985 when Diamond Star Motors was incorporated—but you already knew that.

His automotive career began at Ford, where he started as an engineer. Nearly 70 years later, he’s a legend of the industry. Any gearhead looking to leave his or her mark on the world of motoring might want to learn more about how Lee Iacocca played the game and the moves he made.

Dad of the Year 3D Prints Aventador with Son

So many interesting angles on this one. Deeply rooted in the built-not-bought mindset, we’re thinking any dad who would build a one-off, Aventador for (and with) his son, is someone we respect more than the dad who might just buy one. We’re all about the hustle.

But there comes a point in every longtime gearhead’s life when the parts needed to fix the machine are no longer available. When that time comes, built-not-bought takes on a whole new meaning. We love this story because it shows us what’s possible—for those still willing to do work, son. #tgpcoty

I have a confession to make. Much as I’m an unabashed Clarkson, Hammond, May fanboy, I’ve only seen the first couple episodes of the first season of The Grand Tour. Not sure why, maybe it felt a bit contrived? Dunno.

In any case, Top Gear is back, with 67% new hosts, as Joey and the other guy step down. There’s talk of chemistry and building on the strengths of the platform. Those are good things, for sure, but it remains to be seen whether or not the franchise will—or even could—ever fill the shoes left behind by the Grand Tourers.

We can find new car news and shenanigans around every corner online these days. The camaraderie between gearheads like us, not so much. If you film it, they will come. Are you filming it? 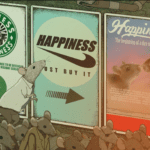 RANTY: Again with the forums! 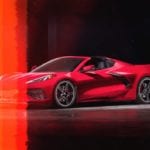