In order to finish first…

… you first have to start.

Legends of Speed is a special exhibition at the Phoenix Art Museum—but it’s so much more than that.

Beyond the price of admission and velvet ropes is a specially curated collection of race cars. Each has a story and sits motionless and silent, bathed in light. It’s a legit treat for the gearhead who appreciates the truly special. Legends of Speed fires on all cylinders.

The stories behind these cars rise to the status of legend.

There’s the 1934 Alfa Romeo TIPO B P3 Tazio Nuvolare drove to victory in front of 300,000 stunned Germans at the 1935 German Grand Prix. Yeah. The one where he pulled a record out from behind the seat when they didn’t have the Italian national anthem ready to play (because they expected a German to win).

You’ve heard the story about the Ford GT40, right? The one where Ford was in negotiations to buy Ferrari, Enzo walked away, and it pissed Ford off so much they came back and won Le Mans twice in a row with the same GT40. This is THAT GT40—chassis 1075. The one Pedro Rodriguez and Lucien Bianchi drove to a 5-lap victory at Le Mans in 1968—and that Jacky Ickx and Jackie Oliver then won Le Mans with the following year in 1969.

I feel like the exhibition leaves most of the stories for the gorgeous, hardcover book available in the gift shop (which is filled with clever automotive goodies for kids and kids-at-heart, by the way). Simply walking through the exhibit, you’re likely to miss the finer points behind the legends, but that’s okay, too. Each car has a simple display placard with a few basic specs and a brief synopsis of the car’s story.

If you’re not already familiar, you might miss out on a lot without having that book to reference. Even so, standing less than two feet from these machines is something special. You know you’re in the presence of automotive greatness. These cars did things. They’re the ones you read about in the history books.

You can see the safety wire holding Helle Nice’s 1927 Bugatti Type 27 Grand Prix Racer’s bodywork together. You can spot the lumpy, would-get-laughed-off-Instagram-today welds on the 1960 Maserati Tipo 61 “Birdcage”, and the also lumpy coachwork on the 1953 Jaguar C-Type. You can smell the history—despite insurance requiring all fluids be removed from the vehicles before they were parked in the museum.

There’s even an unrestored, 1911 Franklin “rally car” in the museum lobby. With its wooden frame, barrel hood, and mismatched exhaust pipes, it’s closer to a covered wagon than anything on the road today—but it won the 500-mile Desert Race between Phoenix and Los Angeles in 1912.

A challenge: rise to the status of legend.

Each of the race cars on display in the Phoenix Art Museum’s Legends of Speed exhibit are easily worth 7-figures, assuming pricing is even possible. I honestly don’t know and don’t care about the values—but I wouldn’t be surprised to learn there’s over a quarter-billion dollars worth of automotive history on display.

Yes, most of these cars are owned by people with more money than they know what to do with—fortunately, most of these cars appear to have Goodwood and Monterey Historics decals on them, suggesting they do get out and do what they were meant to do once in a while. I’m told they are all running drivers all the same.

And while there are stories of diamond mine heirs buying car companies and going racing professionally—honestly, would you expect anything less?—I couldn’t help but notice how primitive most of them are. Lumpy sheet metal. Bubbly welds. Thick, chunky bits holding everything together. There’s a good chance any $50,000 machine off the local dealer lot would outperform most, if not all of these machines in just about every conceivable way.

Standing there, leaning over the rail to see further into the Maserati Birdcage, I realized something. The reason these cars are so special isn’t because they’re fast or expensive. It’s because they represent gearheads like us pushing the envelope.

These cars didn’t come from wind tunnels and CAD design. They weren’t robotically welded. Hell, most of them had carbs and mechanical ignition systems. Primitive! But the people who built and raced them did the best they could with what they had. They didn’t let a lack of perfection hold them back. They chased perfection. They chased performance. They chased victory.

Perfection is the enemy of done.

Don’t let artificial pressure from social media or pop culture keep you from trying to build something amazing. Take action on your big idea. Even if nobody else cares, you’ll still have something you can be proud of—even if it’s only a rough prototype.

We all have to start somewhere. Especially if we want to stand on the podium.

Legends of Speed runs through May 2020 at the Phoenix Art Museum. If you’re in the area, check it out. 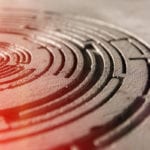 The Mondays 013: We are the future 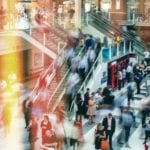