Diego Baltazar and Dillon Mortensen were stranded in the middle of nowhere. They were on a secret, side mission for the guy who gave them a dodgy, 30-plus-year old, Soviet-built Lada Niva.

They hadn’t seen another soul for at least 500km—unless you count the dead and bloated camel a couple clicks back up the road. It was so barren there weren’t even any rocks to kick or throw, and the six-man rescue team assembled by the friendly people at Garmin (who responded to their SOS) was a good six hours away.

Diego and Dillon recently completed the 2019 Mongol Rally by The Adventurists. If this event isn’t on your radar, there’s a good chance it will be on your bucket list by the time you’ve finished this episode.

Diego’s Facebook account is pretty much an open book, so you can connect with him there, or find him on Instagram, @eggos_travels. Pssst. He might be looking for a couple dudes to go do it again next year. 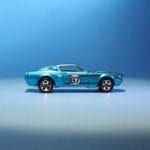 A Hot Lead at Hot Wheels 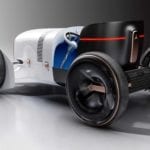