Chazz Layne would be an enigma if he weren’t so cut and dry. You could say he’s a household name in the overlanding industry—not in the increasingly familiar, Patreon pimping, lifestyle brand way, either. Chazz dual wields pen and sword, frequently surfacing in the quiet spaces where the players talk about who they can count on to deliver the exceptional.

There’s serious power in specialization. You’ve only painted yourself into a corner when you’ve surrounded yourself with stuff you don’t want to touch, right? Chazz doesn’t have the hottest YouTube channel, or the latest gear, or even a flashy truck. Instead, he’s got skills that pay the bills—and he’s very selective about who benefits from them.

Chazz sold his DSLR in favor of a smaller, mirrorless digital camera—when he’s not shooting film. And he’s got a habit of pissing off the squares with his Adventure Boudoir shoots. Better yet, the closer you look at his work, the more details you notice. They’re largely intentional.

You could say he planned it that way—but maybe that’s just what he wants you to think.

Chazz is out there, but also in here:
Layne Studio
ChazzLayne.com
@chazzlayne 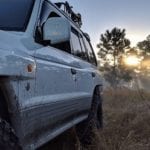 TGP41 | The quiet ones you should be watching

Knowing when to defer 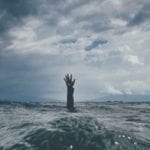