I wasn’t looking for a software startup when I started making my list of people to interview for the super issue. Partly because I’m trying to avoid people thinking TGP is another “start an online business” blog, but also because I just don’t know any gearheads starting SaaS companies.

Years ago, I met this dude because he was selling affordable sponsorship blocks on his Ford Focus rally car. He was raising money for a summer camp for kids born with HIV/AIDS. And he took that show all the way to a World Rally Championship (WRC) podium.

He would go on to do some clever things with video and VR. That path led him to a bunch of excellent experiences with people he never thought he’d meet, let alone become friends with—but it also lead him to an important discovery.

There are a LOT of kids dealing with serious illness who aren’t getting the mental health support they need to come through their struggles fully healed. And kids don’t have the mental tools required to deal with being stuck in a hospital or in bed while their friends and family go on living life “as usual”.

Ryan put just about everything back in the box and has been focusing all his efforts on developing a virtual reality buddy sick kids can talk to that helps them work through their situations constructively.

It’s pretty incredible. And, if you’re not familiar with that SaaS startup life, you’re about to be introduced to a whole new world of build thread. 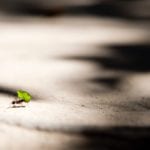 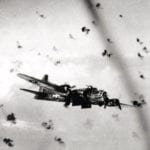