TGP34 | Late to the party. Front row for the show.

Once upon a time, way, way back in the day, Scott Glassbrook showed up late to the Buschur Racing Shootout in Norwalk, Ohio. He and his buddy Rick had to park all the way in the very back of the lot, out behind the car show. They ended up having front row seats to the show.

Dave Buschur had recently completed his RWD race Talon and had driven all the way out to the back of the lot chasing an issue before turning around and doing a massive, rear-wheel drive burnout—right in front of Scott and Rick.

Scott thought, “That’s what I wanna do.”

Scott’s got a Pro Stock certified, 8-second, RWD DSM. It’s his pride and joy, his passion and escape, a staple of the Buschur Racing Shootout each year, and a rolling advertisement for his side-hustle, FTY Racing.

If he’d known then what he knows now, he’d have spent the big bucks early and been a whole lot more serious about things—and maybe further along—but that would probably mean talking about afterburners, as fast as his car is these days. 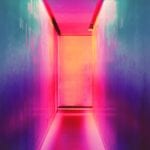 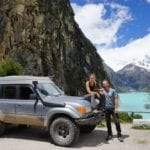