As 2019 comes to a close, we’ve been asking gearheads like us how their 2019s went and what they’re looking forward to in 2020. Where all the other automotive outlets start announcing their cars of the year (#COTY), we’re more interested in the stories and accomplishments our friends and members care about most.

We call it Care of the Year.

Jeff’s had some close calls this year and is looking to the new year with a bit of clarity.

What’s the most important gearhead story of 2019?

My most important gearhead story is actually a story about safety. I’ve been working on cars in my driveway or in parking lots on jack stands for 20 years. I’ve always been sure to use proper safety measures.

A few months ago I had something very quick and easy to do under the car – something I’ve done countless times before without incident. In fact it was so mundane that I can’t even remember what it was. I jacked the car up to take care of it quickly, thinking I didn’t need to bother with a jack stand since it was so quick. But, at the last minute my brain kicked on and I got up and put a stand under the pinch seem as usual.

Cut to 5 minutes later and I’m under the car as it began to fall. The jack twisted sideways and the stand tipped over. It was a nightmare situation that has killed in the past. I was saved from being crushed by the jack stand getting wedged between the pinch seam and the frame rail. My wife ran out and steadied the car as I slid out from under it. The moral of the story is to use two jack stands and a sturdy jack. Always. Don’t get sloppy. I’m just glad I’m still around to share that.

My biggest accomplishment of 2019 was certainly finally getting my Lexus running and track ready – AND actually driving it at the track. Shifting the gears without issue on a brand new transmission attached to a previously automatic Chevy truck V8 on a hacked together tune using my own custom wiring harness in a 25-year-old, previously automatic Japanese chassis gave me one of those “So I can do this” feelings.

Best feeling in the world being able to teach yourself new skills and have them pay off the first time you put them to use. Granted the engine spun all the bearings 10 minutes later, BUT the engine internals are literally the ONLY thing I didn’t touch when building this car, and everything else worked flawlessly. I marked that down as a win.

What’s something important you learned this year?

Something important I learned is that I’m getting older. It takes longer to get under the car, my back hurts longer after a day of wrenching, and it takes longer to heal between weekends of car work. I learned I need to take better care of myself. 38 isn’t old by any means, and there are people with many more years than that putting their bodies through much worse. I re-injured my back at the track trying to diagnose the engine problems, and ended up not being able to do much of anything physical for about 8 weeks after. It sucked, but was a great reminder that I need to keep my health as the main priority moving forward.

What’s your most important goal for 2020?

My most important goal for 2020 is getting seat time. I was told by several professional stuntmen at the track that I have a knack for car control, and I have had semi-pro drifters mention the same. I have the basic fundamentals to be good at this, so now I just need to practice. It would be a huge reach goal to be able to enter some sort of drifting competition by the end of the year, but to pull that off I have a lot of work to do on my car and on myself as a driver.

What’s it gonna take to achieve it?

What it’s going to take to achieve that goal is a bunch of money and time. I don’t have any sponsors, so like any enthusiast it’s just paying for one part when it fits into my budget. The older I get, the harder it is to convince myself to spend a bunch of cash on car parts. I’m just trying to stay the course and finish this thing that I’ve started. Part of me thinks I should have just bought a running, manual, RWD car and driven it to the track to avoid all these reliability issues with an engine swapped car. I’m in too deep now though.

How can we help?

I don’t think anybody can help. I just need a pile of cash to fall from the heavens. Or I guess a pile of car parts. 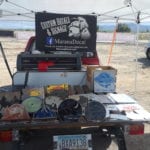 TGP53 | Getting Your Feet Wet With Electricity 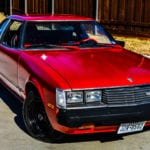