RANTY: Again with the forums!

I keep coming back to this.

And it’s really starting to piss me off.

In the last week, I’ve seen several industry publications talking about creating in-person customer communities. It seems all the brands that weren’t interested in people beyond their wallets when they could have been active partners in forums for peanuts are finally getting sick of spending money to not give a shit about people beyond their wallets on “social” media—enough that they’re looking into creating in-person communities.

I put social in quotes back there because, if we’re honest, there isn’t much “social” in social media these days. There’s no rhyme or reason to it. You’ve got 800 “friends” but you seldom see any of them because your feed is packed with incendiary, wedge issue politics and ads.

We used to have online communities. Real communities organized online. Around specific topics. Where you could dive deep and actually learn and share and be real with other people, many of whom became friends, if not family.

Not that we all got along all the time, but at least we had common ground beneath us. The things we had in common were the foundations that helped us build things with our differences.

What have we got in common today on Facebook? Oh yeah, we’re all standing in line, bored out of our skulls and looking for that next, fractional, dopamine micro-dose.

It’s like being at the DMV—only not as productive.

And I’ll admit it, shit feeds come from shit curation. You get out what you put in. Fair enough, but I’ll offer these platforms that sold us on the promise of becoming friends with new and interesting people from around the world delivered little more than ashes—lazy, lowest common denominator advertising and dangerous echo chambers that alienate us. Our natural instinct to connect with others weaponized against us in the name of consolidating money and power. M&A. IPO. 10-Q. 10-15.

Back in the forum days, you could pop into the engine and performance sub and join deep, multi-page conversations about combustion chamber design theory or rod ratios or wideband tuning. Then you could hop over to the photography forum and see what people were saying about lenses, bodies, and technique. Maybe you’d check out a couple build threads on the saltwater aquarium forum or read up on how the latest Intel chipset compared to its predecessor. And there was always an off-topic sub full of random, interesting stuff.

But that wasn’t even the best part!

The best part was the people. You actually got to know people. We had common ground. We had things in common.

Compare that to social media today, which everyone knows is a great place to unfriend and publicly remove people from your life—blood relatives included—while conveniently staking your entire identity on commercial labels.

There used to be an entire universe online. Those thoughtful, passionate discussions around things that mattered to our communities have been replaced. Now we just skim sensationalist headlines and attack each other over thinly veiled propaganda before moving on to the next manufactured outrage. We don’t go deep unless we’re painstakingly nitpicking lazy logical fallacies, proving we’re the only ones who actually know what we’re talking about.

Newsflash: When political parties can click a couple buttons and serve up 100 million unique ads to 100 million different people, we’re in trouble. And when giant corporations who use all our banking and financial data to assign us scores that impact our ability to get a job or housing without our consent or control, then fail to secure that data, literally putting millions of lives in jeopardy—and suffer zero consequences—we’re in deep shit.

And it’s all vanity.

It’s all a pointless race to the bottom.

Media is built around serving up ads because advertisers are the only ones willing to pay for the right to be there. And they’re doing this because, at every level of the organization, people are spinning the data to show that whatever they’re doing is working. More eyeballs. More clicks. More leads. More sales.

Nevermind that less than 1% of those kinds of leads tend to convert to actual sales—just keep paying me, because I need the health insurance.

40 years ago, scientists did a study famously known as the “Rat Park”. Check it out. They set it up so that rats could choose to drink plain water or water laced with morphine. Rats in small, isolation cages basically drank all the morphine they could get, but rats living in a giant, open community—a Rat Park they built with lots of room to run and play with other rats—largely had no interest in drugs.

People who are out there living healthy, happy, productive lives aren’t looking at social media all the time because they’re actually out there in the real world being social with other human beings. Meanwhile, everyone else is staring at their tiny screens, endlessly clicking like and share buttons or hating strangers.

Correlation is not causation, but that’s a hell of a parallel, ya know?

And that’s why we need forums more than ever.

We need things built around OUR needs. We need real, actual communities, where we can learn and share and DO THINGS with each other.

One of the earliest common reasons I saw people giving for why they were spending more time on Facebook was because that was where they could hang out with friends across all their interests in one place. And that was a great idea until Facebook decided it was more profitable to echo chamber us into neat little boxes they could put in front of any shitheel with a stereotype and a few bucks to spend.

“These are all the parents born in Cleveland, Ohio, in April of 1977, who have lived in Germany, and like memes.”

(And get those cringeworthy, primitive AI-generated t-shirt designs like, “TAURUS – BORN IN THE ROCK AND ROLL HALL OF FAME – WITH GERMAN ROOTS – They call me “Dad”. est. 1977″.)

Of course, this also illustrates one of forums’ weaknesses, too. They’re often too specific. We might identify as gearheads, but we’re not exclusively into cars. Just like the example above, we’re into all sorts of things. Cars, photography, gaming, fishing, travel, etc. With each dying forum, Facebook became a more convenient place to be.

Until it was the only place to be.

It’s almost like Walmart coming to town and starving all the local joints of customers. If you’re into cars, cameras, and fish tanks, you need all of those forums running strong or the whole thing falls apart. The camera people move to Facebook because it’s easier to share pictures. Then the fish tank community dries up. Isn’t long before the car guys forget the forum too.

Once the first community goes dark and you start looking for a replacement, it’s just convenient to search Facebook while you’re there. (Especially when every other forum you find looks like a ghost town.) You run into a couple familiar faces, and next thing you know, those last surviving forums start feeling like extra stops on the way home from the grocery store and it’s just more convenient to make one stop. What used to be the norm is now an inconvenient hassle.

So the question becomes how do we build a forum that includes everything, without knowing what everything is up front?

How do we build a lifeboat for our real, actual friends to save them from Facebook—that isn’t either too specific to appear viable or so generic it has no appeal?

How do we build spaces where the people come first, where it’s easy to find things in common and get to know each other by learning and sharing what we actually DO with each other?

Where brands that make a difference can get all the publicity they want by simply being decent human beings who show up and treat others the way they want to be treated?

I feel like I’ve got this figured out. It’s forums. It’s always been forums.

I could be completely full of shit—but I don’t think so.

And it won’t be long now.

It’s there a Discourse expert in the house?

PS: The featured image up top is a screenshot from an animated short by Steve Cutts. It’s worth a watch. 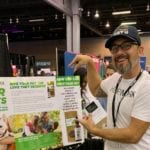 TGP43 | When it all comes together 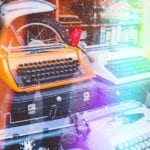