TGP Volume 1 will be a cross between a car magazine, a how-to book, and a college textbook.

The problem with car magazines—with most magazines these days—is they’re dependent upon ad revenue. The product being sold isn’t the content. It’s the audience.

Magazines were the internet before we all had broadband in our pockets. They had to have a little bit of everything to cover all the bases. From pedantic letters to the editor, to the superfluous regalia of the latest model, to the practical comparo, the closing thoughts at the end, and the six-page WeatherTech spread, they had to be all things to everyone—and that’s getting harder by the day.

Unlike most magazines, TGP Volume 1 is going to be just the three things for three very specific people.

Like a car magazine, the bulk of the super issue will be in-depth features. I’m going to be talking to gearheads like us who wanted something more meaningful—and got after it in earnest.

Some of them went after it intentionally. Some stumbled into it. Some are solopreneurs wearing all the hats. Some have teams behind them. Some do it for a living. Some are side hustlers, building the dream after hours.

I want to ask them all the same core questions so we can compare and contrast their experiences with our own and get an idea which approach might be best for us. (We’ll talk about that tomorrow.)

Beyond the features, though, we’re also going to get into some of the more personal and professional topics related to their stories. And on top of THAT, we’re developing DIY resources to help readers work through things for themselves.

Think of it this way: If you’re one of those three people listed above, TGP Volume 1 is going to show you how gearheads like you did—and are doing—what you want to do. It’s going to explain the non-automotive stuff they mention so you can understand it yourself. AND it’s going to hook you up with the cheat sheets and exercises you need to study up and get your own show on the road.

That’s the plan, anyway. Like I said, a cross between a car magazine, a how-to book, and a college textbook. Only, unlike those, you’ll probably read this one cover to cover. 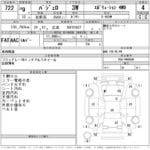 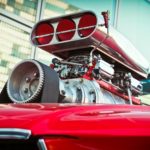