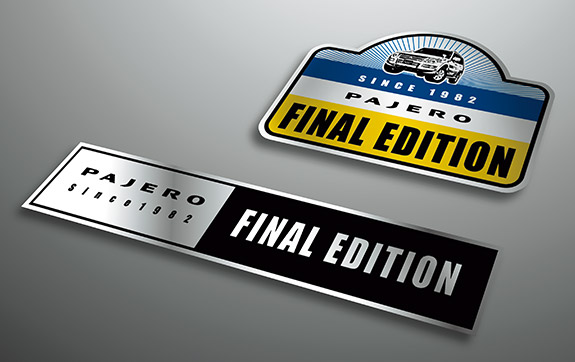 When the FE Pajero was announced a few weeks back, many emotions went through me. The predominant one was disappointment: I felt like my childhood hockey hero had announced his retirement on the same day my favorite TV show had been cancelled. But the most surprising feeling I had? Relief. While part of me wanted to see the nameplate revived on a hybrid drivetrain, most of me is happy it will retire in the guise it has known since 1999.

The fact that the humble Pajero ran from 1982 to 2019 with only three real updates in 37 years is a testament to the engineering prowess that went into the rig from start to finish. The fact that it won 12 Dakar rallies to boot?

20 years is an ETERNITY in automotive circles to maintain essentially the same model, with incremental changes, yet the 1999 third generation Pajero is practically the same model that will retire this year. In practically the same time frame, the Ford Escape went through four generations, with its current model unrecognizable from its debut in 2001. For a marque like Mitsubishi, who has been written off in North America almost every year since 2005 by some fanboi whose beaten down Talon/Laser/Eclipse blew up after they did 4wd donuts and hit a curb (I know one of those guys – he drives VW’s now), this feat is remarkable. 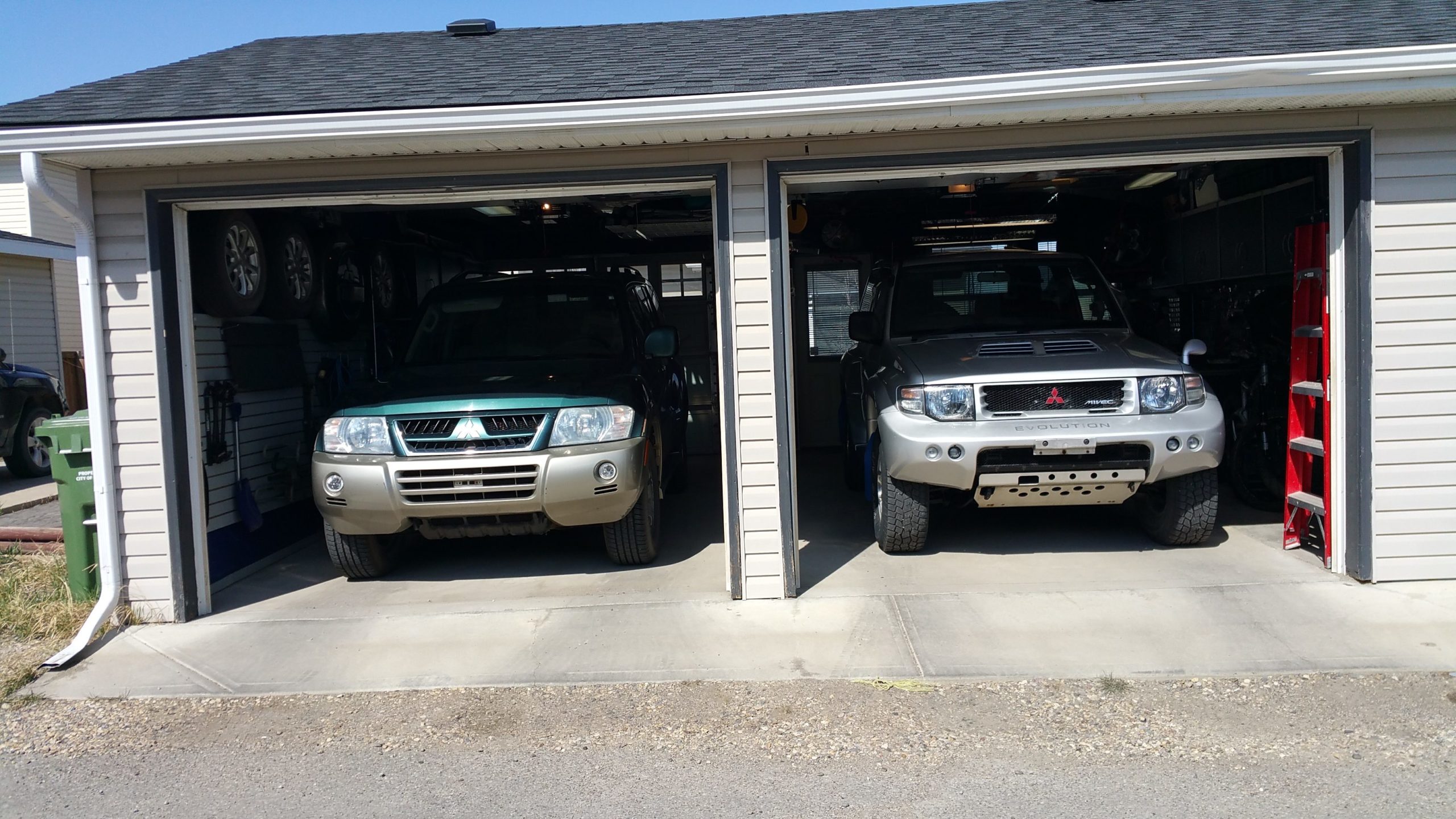 I’ve been known in the recent past to chide “so-called-fans” for their #notmymitsubishi hashtags after the Eclipse Cross and later E-Evolution crossovers. In fact, we have taken to calling them Legacy Owners here at TGP. Mitsu needs and has continued to stay profitable, and is adapting the line up to meet current demands. So I won’t go on record as saying I was worried about the nameplate getting abused. The Pajero name after all, has been applied to almost everything Mitsu could stick it to in the last few decades – Pajero IO’s and Mini’s, diminuitive Pajero Juniors and (gasp) Flying Pugs – Pajero Sports, Pajero Pinins, and I’m sure there are more I’ve missed. And in some markets it isn’t even a Pajero at all. Monteros and Shoguns complete the triple diamond. But still… a name is a name. No, it was more about what the rig itself would turn into. The Pathfinder comes to mind as a capable and durable offroader that devolved, over three short generations, into an overbloated minivan. I just didn’t want to see a Pajero made to fit profit margins, with bean counters overruling the engineers.


I’ve owned Pajeros in various guises for the last 24 years, in all three generations. I’ve had three different v6 variants, three different diesel versions, and even the Mikuni-carbed version strapped to a 4 banger. This amounts to 4 long-wheelbases, 5 shorties, and I even managed to find (and keep) the most holy Evolution variant. Currently the Pajevo shares garage space with a shorty gen3 diesel, and a 4door gen3 diesel. 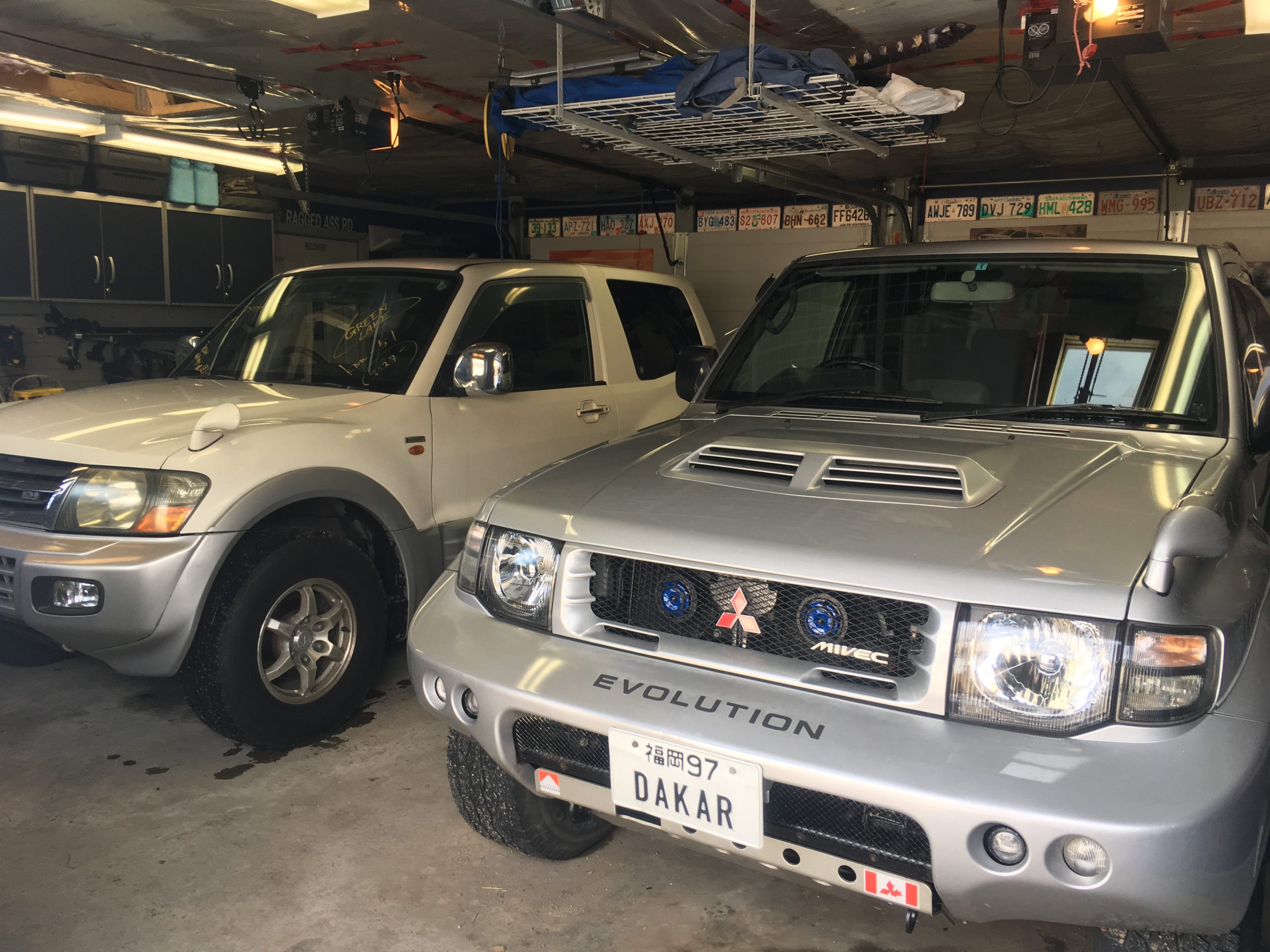 As the Pajero winds down it’s Japanese run, I ask myself: what is it about these rigs that has captured mine and many other’s affections for the last 37 years?

I could wax poetic about capability, durability, and all sorts of other “bilities”, but I don’t think that’s the whole story. I got my very first gen1 in 1995. Shortly after that I started a site (The Montero Raider Website on Geocities: LOL!). Fairly quickly I made contact with other enthusiasts. By 1999 I was on my second unit, and helped spearhead 4x4Wire’s Mitsubishi Section. Every new rig meant new folks to share with, to compare with and to bond with. 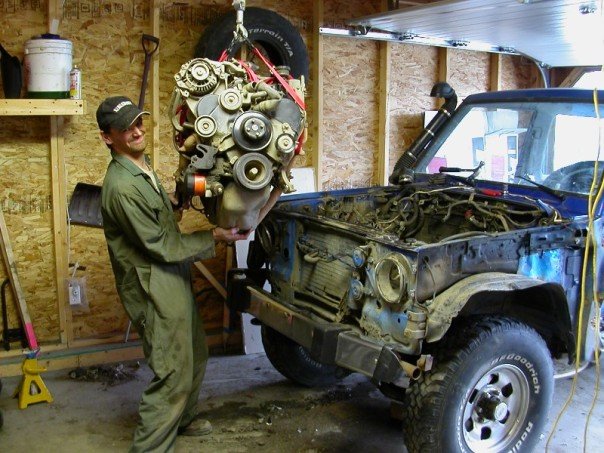 So ultimately, what is the Pajero’s party piece? I think it all comes down to PEOPLE: Its ability to bring people together: to fight for the underdog, to fly under the radar. Many of the best people I know today and for the last 24 years are a direct result of the Mitsubishi Pajero. The best of those folks know a good thing when they see it, but they don’t brag about it. They’re the folks that show up on a trail run among a group of Jeeps, Toyotas, etc, and quietly go about the business of getting down the trail. At some point during the day there’s a crowd around the rig, and folks are trying to figure out just what in the world it is. These are the kind of quality folks that I’ve gotten to know over the years, via Mitsubishi’s original SUV.

So as the Final Editions get released in Japan, I can only hope that the last lucky buyers appreciate the heritage, but most importantly forge new friendships themselves, as they enjoy the brilliantly underrated vehicle that will live forever in our hearts as the Mitsubishi Pajero. 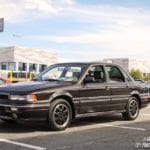 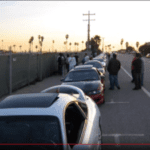