Someone commented on one of these the other day. And it made my day.

In an age where most comment sections, those that still exist anyway, are filled with division and trolling, having someone step up, add value, and say a few kind words was just the best.

Thanks again, dude. You know who you are. And I will remember this.

I’ve been wanting to go in this direction for at least four years now. I know it’s been four years, because out of all the hundreds of comments left on Gearbox Magazine over the last nine years, one in particular stands out.

It came in the form of a reply to an emailed post about making complex decisions back in February of 2015. Mike M. said, “[I]s this a gearbox magazine or a self-help magazine?”

He literally said it with a smile, and I know I probably took it the wrong way, but still—it stuck with me.

At the time, I’d spent over five years focused on the cars.

I’d always been interested in how gearheads viewed their communities and improved, personally, but I suppose a 4,000-word email about intellectual horsepower, backfire effect, and decision quality (part of series on Lominger’s 67 competencies) was probably a bridge too far.

Mike’s comment signified the beginning of the end for GBXM. My interests were evolving. I no longer cared about mod lists. I wanted to tell different stories—stories about how next level gearheads did something with their knowledge, experience, and connections.

And, having used my own automotive shenanigans to advance my professional career, I wanted to help others see the light and do likewise. It wasn’t until the summer of 2018 I finally figured it all out.

It’s only gotten better since.

Thomas Baekdal, the brilliant media futurist Michael B. introduced me to years ago, said, “Respect your audience.” I agree—but I want to go even further.

I want to empower my audience. To modify their machines and lives. To change the world.

So that’s what we’re gonna do. 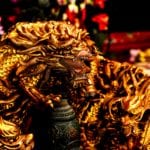 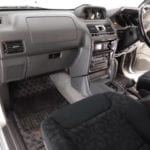