Let them laugh at you

The saying goes, “First they ignore you, then they mock you, then they fight you, then you win.” I was thinking about how to deal with the eventual haters the other day and, as I often do, found myself coming back to this statement. Apparently it’s commonly misattributed to Ghandi, who kinda said it, if not in so many words.

Impostor Syndrome is real. There are no new ideas, only new ways of mashing them together and executing them. Doesn’t matter if you want to build a race car, a car show, or a business—it’s all been done before. All of it.

Fortunately, we live in a time when you can hang a shingle for next to nothing. And you can see real returns on your effort with a smaller audience than ever before. In fact, I’d be willing to bet that, if you haven’t been thinking about finding a smaller, quieter corner of the web to spend your time with real people, you know people who have.

It’s all been done before.

It’s Coke vs. Pepsi. Ford vs. Chevy. Juggalos vs. Slayer fans, ya know?

That’s the freaking ridiculous opportunity afforded us all by the internet right now. You can’t just straight-up copy what others have done. Of course not. That’s weak, shady, shit that will get you a conversation with legal counsel, no doubt—but you can do something derivative.

It’s all derivative, after all.

You could get a bunch of projectors together and have everyone bring their 80s cars out to an empty corner of the local mall to play old school Sega Out Run side by side sitting in their cars. Or you could organize the $500 stadium truck race series in Old Man Peabody’s back 40.

You could even start a new car company like Elon Musk or John Rogers.

There will always be haters. But the haters with no skin in the game, flinging poo from the cheap seats, aren’t worth your time. Ignore them. Block them. Have legal counsel send a friendly cease and desist.

Whatever you do, don’t let a fear of haters keep you from trying to build something that matters. You’ll likely find getting anyone at all to notice what you’re building is a monumental task. It will be a while before you’ve built anything big enough to attract their attention—and even then, it’s kinda like Ghandi kinda said—first they ignore you, then they mock you, then they fight you, then you win.

So let them laugh at you. It only means you’re one step closer to winning. 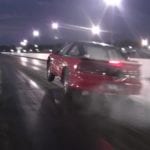 Old for the New Millenium 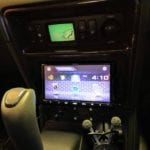