The secret of success.

You’ve told everyone you’re going to do something. “That’s it. I’ve had it. Next time I’m at-bat, I’m pointing to center field and swinging for the fences.” You know that means there’s a chance you’ll strike out, but you’ve thought long and hard about it. You believe in yourself. And you’re feeling more Babe Ruth than Casey Jones.

You’re on-deck, going through the plan in your head; getting yourself pumped. Your heart’s racing. This is it. This is your moment. It’s all been leading up to this. And that’s when they retire the pitcher and put in the new guy—the one everybody’s been comparing to Nolan Ryan.

(I don’t know what it is with me and these baseball metaphors lately.)

Imagine you’re Glenn Wallace at the Buschur Racing Shootout. You built the engine in an Evo this close to breaking into the 7s. It got so close—then even closer—the first day.

They’re running the car on the bloody edge. You’ve had to rebuild the top end after every run, but it’s worth it. First stock-body Evo IX into the 7s gets into the history books.

Tomorrow’s the last day of the race. The last chance. The tuner just texted you they’re swapping out the 50-horsepower nitrous jets for the 200-horsepower ones.

You know that means there’s a chance they’ll blow the engine to smithereens, but you’ve thought long and hard about it. You believe in yourself. And you’re feeling more Don Garlits than Richard Hammond.

This was supposed to be a little note about how I realized I’ve just publicly committed to turning over 24 hours of recorded audio conversations into print features for the super issue—and have no idea how I’m going to make that happen.

If you’ve never had to transcribe audio, it’s slow going. The industry standard is 4:1. That’s four hours to transcribe every one hour of audio. 24 x 4 = 96 hours. OMG.

Perhaps fortunately, I don’t want the issue features to just be transcriptions of recorded conversations, so I don’t need to transcribe entire conversations. I think the two formats should complement, not mirror, each other. But it’s still a head’s up that I’ve just publicly committed to a hell of a lot of work.

The secret of success

It might be said Nike’s trademarked the secret of success—Just do it. But I’d offer a humble corollary—And deal with the consequences.

You could hit a home run. You could strike out. You could watch the Evo blow the fuel pump and run the back half of the track on pure, straight nitrous oxide, coasting to a 10-second ET.

You’ll either win or learn—but only if you go for it. Thanks for the reminder, Glenn. 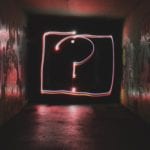 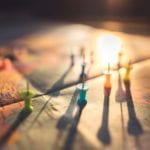