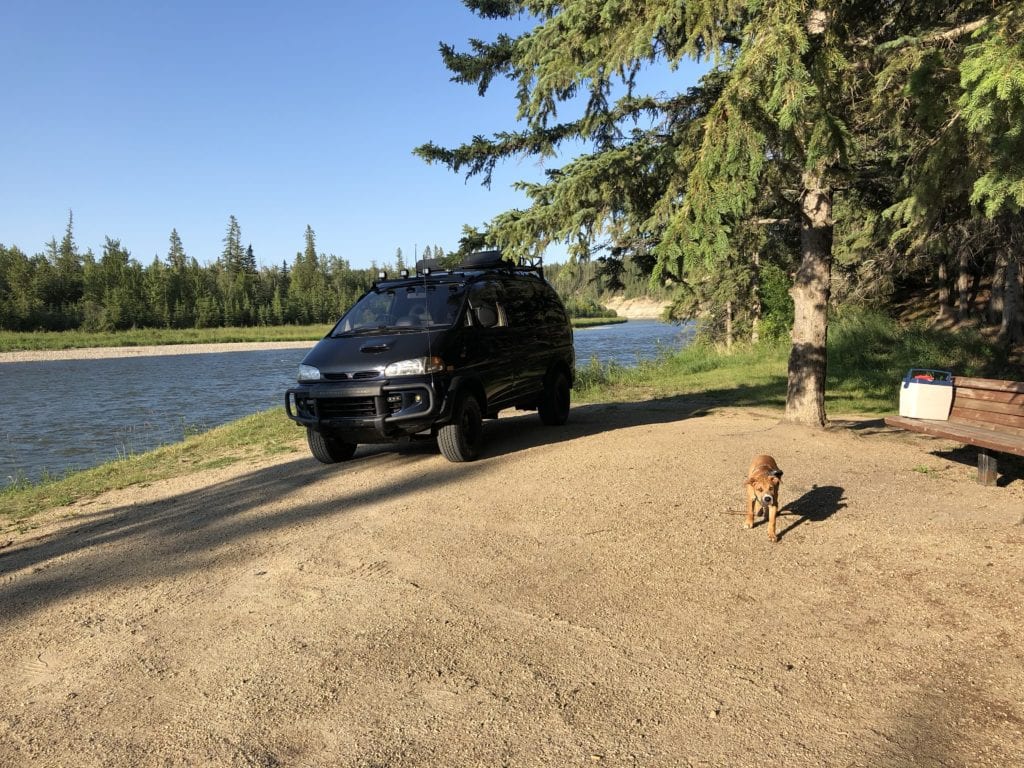 Given my Mitsubishi history, and current stable, JDM Journeys usually has a decidedly Pajero/Montero slant to it. I’m pretty sure however, that most people who happen upon this column are mostly thinking the same thing: Pajero: blah-blah-blah. WHERE ARE THE DELICA’s?

The Delicas eligible for import into the United States now include the L300 Delica (the distinctive cab over style), and the L400, which is a little bigger and has been a little more rounded. Both were available with a V6, or a diesel 4 cylinder engine. The L300 sported a 4D56 2.5L turbo diesel, the L400 was hopped up with the 4M40 2.8L TD-intercooler.

Now don’t get the wrong impression. I love Delicas. Their high COG and quirky looks, combined with gobs of room and a robust four wheel drivetrain make them one of the most distinct rigs you’ll ever see, whether in L300 or L400 guise. They are cool! One of my best friends has one. My brother had one. And I know many other cool people with cool Delicas. They are awesome. I’m just more of an SUV guy. So I thought it high time to enlist one of the cool folks to elucidate the Deli as a worthy JDM platform.

My buddy Ward Hayward is most decidedly a VAN MAN. So here is the story of his Japanese Domestic Market 1995 Mitsubishi Delica L400 Space Gear.

JDMJ: We really appreciate you sharing your experiences, Ward. So first off, why the Delica?

I purchased my Delica after seeing a few on trips to BC to mountain bike, decided it was the perfect bike hauler, $10,000 worth of bikes on the bumper and in the weather just bothered me. Plus the Delica just looks cool!

JDMJ: How did you find it? It’s not like they were ever sold in North America.

I contacted William at JDM Connection. My daughter Chelsea bought a RHD Austin Mini from him a year or so before and was happy with the experience. I spent a lot of time on two auction sites looking at what was available, the different styles, and series. I decided I wanted a Series 1, SWB, crystal light roof, 7 seater, bull bar, 2.8 litre Turbo Diesel, not white. I spent a lot of time looking (I probably should have been working) learning to read the auction sheets, what all the symbols meant, and what all the little things were to look out for. Found a few that I was interested in. William had his mechanic in Japan look at them and send photos. The first couple were “stay away from it, rusted badly”. I figure I must have viewed about a thousand auction sheets.

Then I found Gandalf (Yes it has a name. The fart can of an exhaust blows smoke rings, seemed fitting.) It all took off from there, 10 weeks later I had a RHD sitting in my Garage and a permanent smile on my face.

[The irony of this name is not lost on our readers, who have been enjoying John Rimmer’s amazing series “Middle Earth By Montero.” Although I keep wanting to call Ward’s rig VANdalf… But I digress.]

JDMJ: Who looks after Gandalf’s maintenance? Do you do it yourself, or…?

I spend my time doing modifications – all the really fun stuff. And I found a great shop in Red Deer called Mikasa Automotive so they do most of my regular and emergent work. I can do most of it, but I just don’t want to. I’ve done it for a lot of years and figure I didn’t spend $40-50,000 on a new vehicle so I can pay someone else to do most of the maintenance on it.

JDMJ: Have you had any issues with it since you’ve owned it?

I’ve had a few issues bad circulating heater install, done at a shop that I shouldn’t have let work on it. Hind sight is 20/20. And just normal things that need replacing alternator and thermostat. Mikasa also did some frame repair to get rid of some rust. Glow plugs were done during the Out of Province Inspection.

I have it serviced at 8000 kilometre intervals at Mikasa: fuel, oil and air filter.
I only run Shell premium diesel in it.. seems to run better and no smoke, other than a little puff on start up. 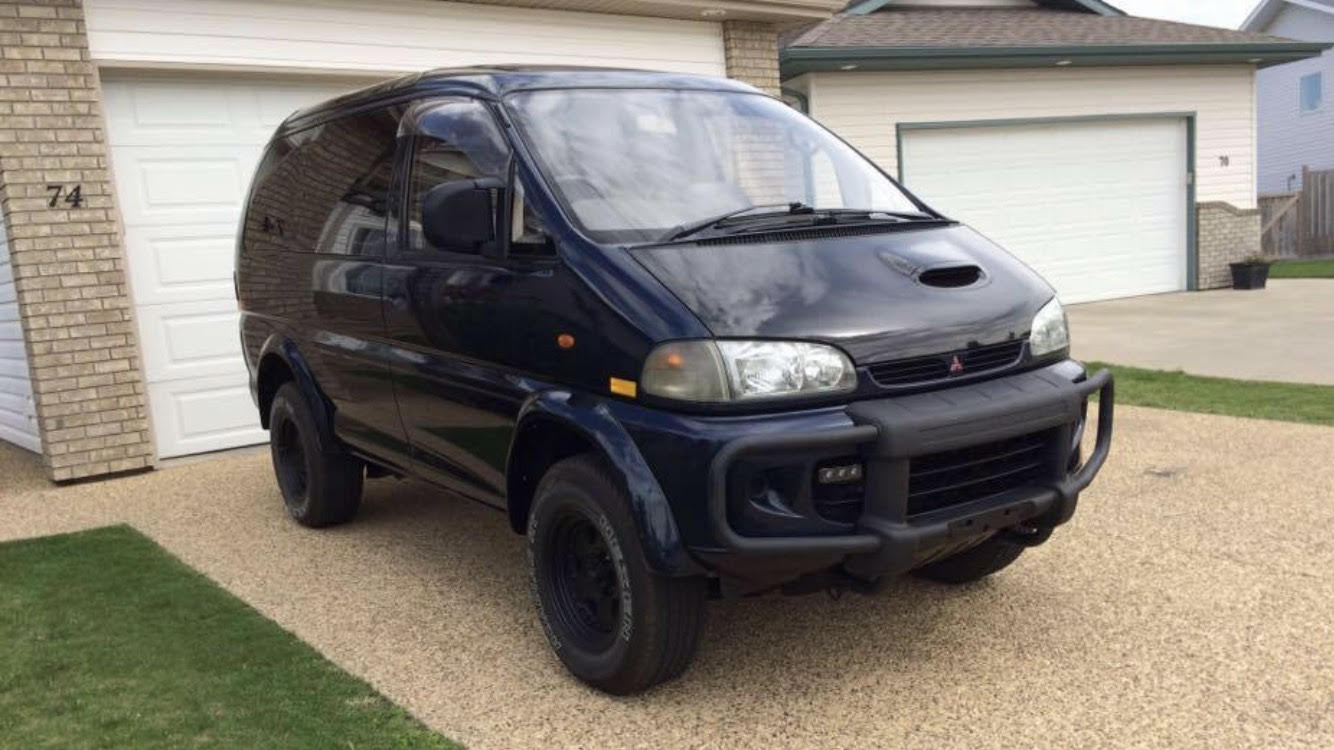 JDMJ: What’s your favorite part of owning and driving the Deli.. er.. Gandalf?

I still find it fun to have people do double takes when they see me on the road, and the number of times I’ve been stopped by curious people who want know what it is and how hard is it to drive from the “wrong side.” I like to correct them that it’s driven from the “right side.” I emptied out a bike shop in Kalispell.. all the staff had to see our bike hauler.
I don’t use it as my daily driver so it’s a treat everytime I drive it.

I’ve owned and driven a lot of vehicles in the 40 years I’ve been driving, this is the most fun of them all. After almost 4 years of owning Gandalf I still smile every time I see it. It’s the best feeling getting back to the van after a long bike ride on a great trail and seeing my van waiting patiently for its next adventure.

What’s Next For Gandalf?

Next time, Ward will dive into some of the things he’s done to personalize his PD8W Delica. These are the “fun things” he mentioned earlier. We can hardly wait! In the meantime, you can find Ward Hayward on Instagram @daddioh or on Facebook. 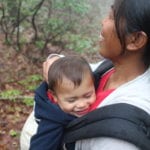 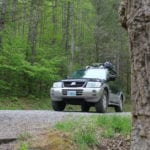