I love my Mitsubishi.

My phone buzzed me this morning with a calendar reminder telling me today is four years since Josh picked up my 1998 Montero from LA. (How those tires holding up, brother?)

Let’s do some quick, back of the napkin math.

I bought Daisy, my first Mitsubishi, a 1997 Eagle Talon (aka: Mitsubishi Eclipse) in September 1996. Since then, I’ve bought four more Mitsubishis. Seven, if you count the two dead DSMs and a Montero I bought for parts and scrapped.

September 2019 will be 23 years of Mitsubishi ownership.

There’ve been ups and downs. These affordable, fun-to-drive machines have connected me to people around the world who have made my life immeasurably better. And they’ve also been the source of countless headaches. But as toybreaker always says—

Wouldn’t have it any other way.

The last four years and 60,000 miles have been par for the course. While a new Mitsubishi will easily do 200,000 miles—in spite of its owners—nothing escapes entropy and the endless march of sand. It ain’t over until the fat lady skewers the shell and lifts it unceremoniously off the flatbed trailer.

I still consider myself a DSMer (and a 2GNTer, at that). Going fast with class still means something to this Talon Digest subscriber—even if, technically, the only true DSM I’ve ever owned was a 90 GS-T I parted out, and I’ve spent the last six years driving Monteros.

So here’s to Fezzik, my 1998 Mitsubishi Montero. You have taught me much, my friend. You are every bit the faithful companion your predecessor was, and you have lived up to all the reasons why I so frantically pursued you upon finding you on Craigslist four years ago.

Here’s to us, both awkward, past our prime, and engaged in tasks beyond our capacities, tilting at windmills in the name of honor and chivalry and making the world a better place for our friends and families.

And here’s to all the people at Mitsubishi Motors we will never know who have made such tremendous impact on our pasts—and are diligently working on impacting our futures. Thank you. 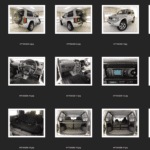 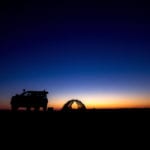