Have you spent most of your automotive career systematically improving ONE car? Have you ignored the haters in the cheap seats and leaned on close friends and family members who believe in you? Have you taken a sawzall to the floor pan of your daily driver based on a back-of-a-napkin sketch?

He makes things I feel I can’t even describe here because doing so would be giving away some very competitive folks’ competitive advantages. So let’s just say he also makes $600 billet 1G DSM door hinges, too, among other things.

Who pays $600 for billet 1G DSM door hinges? I don’t know, but I know it’s people who’ve reached the point where shedding a few more pounds on the race car is worth that kind of coin. Or at least, people who value quality.

Here’s the real beauty of Scott’s story. It’s not like he set out to sell fancy hinges. He just found himself working on his race car one day and noticed how heavy the OE hinges were. Having spent the better part of 20 years systematically improving his race car—and having the skills and tooling required to fabricate new, lightweight hinges—he decided to make a set for his own car.

Everybody who sees them wants them.

But few people who want them will buy them.

So there’s two very interesting things going on here. First, we’ve got a guy so intimately familiar with an automotive platform he practically sees it like Neo in The Matrix. And, second, he typically makes things for himself that others then see in action and ask him to make for their cars.

Think about that for a minute.

You need something special for your vehicle. You make it. It works. People want to buy it.

There’s much, much more to it than that, but Scott’s in the Super Issue because he’s both dedicated himself to the improvement of his chosen platform—the first generation DSM—and he’s managed to turn more than a couple of his race car needs into sources of income through his business, ftyracing.

How did he do it?

I don’t want to oversell it. And I’ll admit, while the $600 DSM door hinges are real as it gets, I’m mainly talking them up here because it’s such a ridiculous proposition as to be memorable. Long story short:

Scott’s been playing with his DSM for a long time, and he’s reached the point where not only can he make and sell his own custom parts, he’s gained enough real world, application specific experience to turn what most of us know as an obvious cost center—a race car—into a potential source of actual income—a business.

If you’ve stayed true to your roots for a long time, if you’ve seen it all, and now find yourself thinking it would be nice to maybe get a return on your long term investment, this is definitely a conversation you want to hear.

Scott was on Episode 3 of The Gearhead Project Podcast. He was also featured in Gearbox Magazine as part of our red, white, and blue series for US Independence Day 2010. 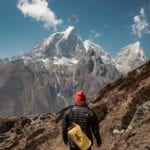 Let them laugh at you 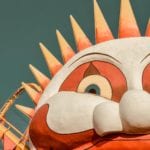