Blast from the past—for the future!

Have you ever wondered what goes into all those tech startups BEFORE you hear about them being worth billions on the news? Where do they get their big ideas? How do they take their first steps? What do those steps even look like?

Have you ever wondered if it’s even possible to start a tech company focused on delivering legitimately positive benefit to society—instead just another martech gimmick? How does one even get into the startup scene these days?

Ryan and I first met way, way back in 2011, at one of the intersections between Gearbox Magazine and stage rally. He had a Ford Focus rally car, entry to WRC Rally Guanajuato Mexico, and was selling little 1-inch by 1-inch sponsorship spots to benefit a charity summer camp for kids born and living with HIV/AIDS.

Not long after, he found himself starting a video production company—Ubivue. If you remember seeing live, 360-degree video coverage from Global RallyX events, then you likely remember Ubivue. It was the classic, right-place, right-time situation and Ryan was poised to capitalize.

Today, Rally Team for Dreams is defunct. Camp Sunrise has closed—due to a drastic reduction in the number of children being born with HIV/AIDS. Ubivue, last I heard, was all boxed up on a shelf, ready for immediate deployment when called upon.

As gearheads with time and resources and physical ability to play with cars—and the relative luxury of pursuing our work-life parallel dreams—we’ve got it pretty good, all things considered.

When they first admit you, a child psychologist might sit with you for a chat to see how you’re handling things, but you’re an otherwise normal kid and you seem fine. But how are you doing after several weeks of being stuck in a hospital bed, being poked and prodded and pumped full of all kinds of chemicals—while everyone else, it seems, goes on with their regular lives?

Bonifier (“Bon-iffy-AY”, not “bon-i-fire”, by the way), the best way I can explain it right now, is a combination of augmented reality, chatbots (conversation agents), and computer based therapy. It’s a tablet-based, virtual buddy sick kids stuck in hospitals interact with that collects data about how they’re doing and makes sure they get the help they need.

Ryan’s raised money for sick kids. He’s started a motorsport media-tech company. Right now, he’s going all-in trying to build something that I can only describe as win-win-win for anyone and everyone involved. From the bedridden children battling serious illness to the profit margins of the biggest names in healthcare—Bonifier stands to make a legitimate difference.

If you’ve ever felt like there should be an app for that, or a better way of solving a problem most people didn’t even know was a problem in the first place, or just want what you do for a living to feel like it friggin’ matters—you’re gonna want to check out this conversation.

You can find Ryan at Bonifier.life (have a chat with Pip) and on LinkedIn. My previously published conversations with Ryan are still up over on Gearbox Magazine—Press On Regardless, Right? (2011), Rally Team for Dreams: Still Dreaming (2012). 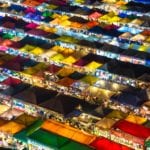 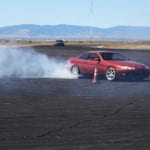