Doing it right the first time.

Have you ever looked back on your career and wished you’d taken a different path? Like, maybe if you’d gotten a welder instead of a Series 7 license, you’d be a whole lot happier, if not better paid?

Have you ever found yourself wanting to make that big career change—but afraid you couldn’t make the sacrifices required to radically up and change your life for the better?

This cat is LEGIT. I look up to everyone in the super issue for one reason or another, but Michael is someone I’ve considered something of a mentor for nearly 20 years. And it all comes down to something he said on DSMtuners way, way back in the day.

Why is there always time and money to do it over, but not to do it right the first time?

This is a guy who embodies the put-everything-back-together-better-than-it-came-apart mindset. I mean, if he’s doing a brake job, he’s taking a bucket of soapy water and a scrub brush to everything from the wheel to the splash shield to the crankshaft pulley visible when the wheel is turned all the way to lock.

It sounds OCD—and it IS OCD—but the results speak for themselves. These little details, multiplied dozens of times over the life of a vehicle, make a big difference. It’s what makes one car stand out from the crowd—and Michael’s cars just about always stand out.

Even if you can’t immediately notice the details, you feel it.

Once upon a time, Michael decided he no longer wanted to live the Fatty McButterpants: Cubicle Pilot life within a financial institution. He wanted to build race cars for a living. And not just street cars with no interior or AC “because ‘race car’”, either. PROPER race cars.

Long story short, Michael, his wife, and son sold everything—even his cars!—and moved in with Grandma to pay off their debts and build the nest egg that would allow him the freedom to take a lower paying, entry-level job in a race fabrication shop.

The owner of that shop would get sick of spoiled rich kids criticizing shit they knew nothing about and close the whole thing down, but Michael was able to pivot into another entrepreneurial play—he started his own pool company.

If you knew then what you know now, what would you do differently?

Michael’s learned a LOT. And he does things a bit differently.

That’s what we’re gonna find out.

It takes real courage to cut bait and start over again once you’ve made it on your own. Pride, vanity, and peer pressure make the thought of moving back in with the ‘rents damn scary—but it’s stories like Michael’s that show us where there’s a will, there’s a way.

If you find yourself thinking about a do-over, if you feel like you need to make drastic changes in your life—but you’re not sure what it takes, let alone if you’ve got what it takes—this is the episode for you, friend.

Michael was on Episode 7, among other things. 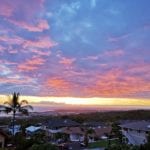 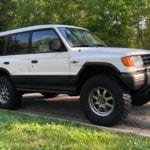