Have you ever had to make your own part due to lack of aftermarket support? Or got together with a buddy and made the double-super-secret go-fast parts that reflect your do-it-right-the-first-time approach to vehicle prep and make your vehicles the ones everybody talks about at the meet?

A long time ago, in a midwestern town far, far away, Josh found himself facing a common dilemma—how to continue playing with cars through winter without exposing his most precious of investments to the Salt Monster.

Mitsubishi Lancer Evolutions and Galant VR4s were purpose-built for kicking ass in these conditions, but if you’ve ever been through Michigan, it isn’t long after you notice the bizarre (if not expected) prevalence of American vehicles that you notice about half the vehicles on the road have massive rust blisters all over them.

What a cruel fate to be a gearhead stuck in the Rust Belt—but I digress. Josh needed a winter beater that could handle big snow. Being a Mitsubishi guy, he took a casual look at Monteros.

A few years later, Josh is living in Arizona with a collection of mostly pre-Evolution Mitsubishis—and a whole lotta Monteros. He and his buddy Adam are tired of there being little to no domestic aftermarket support for the Montero. Stuff’s either no longer available, or obviously white label, Chinese crap.

They decide to start offering to make the good stuff they’ve been putting on their own trucks available to Montero Pajeros (heh) worldwide. Adventure Driven Design was born.

It’s a long way to the top if you wanna rock ‘n’ roll. You don’t just bend up some skid plates, put them on a website, and suddenly you’re big shot manufacturing magnates. It’s a lot harder than it looks.

And yet, it’s not rocket science, either.

Josh takes a unique approach to things. He calls it “Cottage Industry”. I call it “eCommerce as a Service”. (I think that’s a thing. Maybe.) Check it out.

Josh (and Adam) design the parts they want for their vehicles and get more produced than they need for themselves. The surplus is sold on Adventure Driven Design; building the better mousetrap as it were. They build things with repeatability in mind so they can get more made down the road when they have enough demand from customers.

The cottage industry, or eCaaS, play is my favorite part though. Not only are they making legit Montero parts, they’re also open to selling other parts Montero owners might want to make and offer to the community. And they want those creators to keep the bulk of the profits when their products sell.

As a result, Adventure Driven Design has become something of a household name in the North American Montero community. Josh still isn’t making a living from ADD yet, but as much as he cares about his customers and the Mitsubishi community at large, I’m confident he’ll get there in due time.

Josh went from an idea with a friend to a website with an online store accepting credit card payments from all over the world, coordinating Big Boy engineering R&D efforts and small batch production runs with local vendors, and establishing relationships with global brands in order to get the best possible, platform-specific products on Mitsubishi Monteros and Mighty Maxes.

If you favor an older, relatively obscure platform long ago abandoned by the aftermarket, and find yourself making parts your friends and community tend to want for their vehicles, too, you might want to keep an eye out for this conversation. Maybe it’s time you opened your own store.

Joshua was the very first guest on The Gearhead Project Podcast—Episode 1—and featured in my 2018 Gratitude Project. 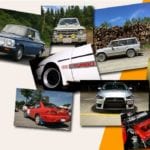 TGP32 | Todd Sharp: Before we were partners 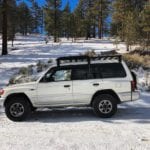