Have you ever wanted to pack up and move far, far away in pursuit of happiness? Maybe crash on family or friend’s couch while you get situated, hustle your ass off, and build something amazing?

Have you ever seen gearhead buddies start posting YouTube videos about their project, and next thing you know they have their own show and are doing it full-time? Have you ever wondered how they do it?

You’re gonna want to get to know Jeff Lichtfuss.

Jeff’s one of my Super OG 2GNT buddies from WAY back in the day. Like, we’re pushing 20 years, here. Let’s see if I can sum this one up a bit and make it a little easier to follow.

Once upon a time, Jeff packed up and moved all the way across the United States to crash on family’s couch while he got started in the visual effects industry in SoCal. You can imagine his surprise when he arrived and found the couch he’d booked had been rented out from under him. Fortunately, his FORUM buddies came to his rescue, hooking him up with affordable rent while he got settled in on the west coast.

Jeff went on to start his own production company, working on music videos for Linkin Park, Kanye, and others. He cut his teeth hustling, weathering the highs and lows of Hollywood, learning all the valuable life lessons along the way. And then he kinda walked away from all of that—at least, the shitty parts, anyway.

Two years ago, Jeff decided it was time to get back to his automotive roots. Sure, he could have dove in and restored his dusty, trusty DSM—but that was the old and busted. He craved the new hotness. He wanted to finally try his hand at drifting.

He went out and bought a non-running Lexus SC. And he took a camera with him.

As I write this, Jeff’s got 55 episodes of “Fully Spooled” up on his YouTube channel. They document the journey from the day he picked up his Lexus, to the day the LS V8 fired up, to the day it moved under its own power again.

Bonus: Fellow 2GNT OG brother, Matt Primm makes a couple appearances with his LS-powered FD RX-7. These guys. I tell ya what.

You don’t have to move across the country to chase your dreams. And you don’t have to spend big money on professional grade hardware. But you DO have to show up. You have to keep showing up—even after everyone else taps out and goes home.

If you’ve ever wanted to start your own YouTube channel, documenting your project build and automotive shenanigans—and just see where it leads—you don’t want to miss this one.

Jeff was also a guest on Episode 10 of The Gearhead Project Podcast. 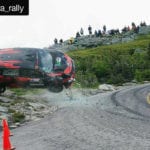 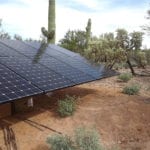