How’s this for irony?

Your automotive life is the result of the wave of grassroots platform development that turned a bunch of spunky compact cars into beasts over the course of 20 years.

You can name other owners who turned their personal projects into household names in the community during that time.

Standing on the shoulders of giants, you know how to turn 200hp 4-bangers into 800hp giant slayers.

It all started with a bunch of gearheads talking about what they’d figured out, trying to make relatively unknown and—at the time—unloved platforms faster and faster.

And here you are today, all that knowledge, all that experience. Pointing at the Eclipse Cross, Outlander, and Mirage—none of which have much, if anything, in terms of aftermarket support—and laughing.

That’s what the V8 guys were like back in the Talon Digest days.

You could be the guy who refuses to consider anything good about the new models. You could stick your head in the sand, and eventually get priced out of the game as decent DSMs, upgrades, and replacement parts literally become a built vs. bought proposition.

If you’re proactive, you could actually finish your DSM before the parts supply dries up. Yours could be one of the pristine examples that’s fast as nuts AND looks brand new inside and out. You know, the kind of car everyone—everyone—at the Saturday night car show pauses to admire.

And if you’re really sharp, you’ve just come back from googling around to see if there really isn’t any aftermarket support for the new Mitsubishis—because you’re thinking, “If there really isn’t, how hard would it be to get some intakes and exhausts made for these cars?”

You already know how these stories go.

For the record, I think the entire North American Mitsubishi lineup could be improved with a small, low pressure turbocharger (or more boost). An extra 50hp would completely change the value propositions of the new models. As would at least having the option to order said machine with AWD AND a manual gearbox.

200hp Outlander Sport GST/GSX? I might not have bought a Juke.

Regardless, these are new vehicles being bought by fellow Mitsubishi owners. A lot of those new owners have looked for mods and upgrades—and they haven’t found any.

Will we ever see a legitimately fast Eclipse Cross with “Gone DSM Hunting. Be back in 10 Seconds” sticker in the back window? Maybe not. But it’s certainly possible.

Somebody out there who knows how to properly modify vehicles—somebody who actually knows, who isn’t just another know-nothing, shelf-parts sycophant—sees an opportunity to be the guy (or gal) who helps the new Mitsubishi owners turn their relatively unknown and—at the time—unloved platforms faster and faster.

That’s who I’m rooting for these days. 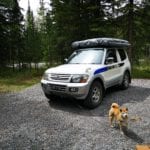 TGP39 | Looking Back to the Future 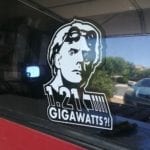