This is not a car show, but an honest-to-goodness curated museum exhibit. It’s further proof 80s and 90s cars are significant to our culture at large.

Looking at a brass era automobile in a museum is really hard to connect with; even a car from the 20s or 30s is difficult to get excited about sometimes. Exhibits like this bring in younger folk to the hobby and can even give better context to the older cars on hand. Looking at the evolution of 80-100 years of automotive technology in one room is impressive.

You are guaranteed to see a DeLorean at a Radwood event, probably more than one of them, and one or all of them will overheat, stall and not restart until they cool off. These are just Rad Facts.

What you won’t see anywhere else however, is the very first production DeLorean. The Crawford has the one and only with VIN 0000500. This DeLorean was a gift from John DeLorean to his brother Charles DeLorean, who owned a Cadillac (and for a short time DeLorean) dealership in Lakewood, Ohio. Aside from the “A” movie car from Back to the Future held at the Petersen Automotive Museum, this is first car off the assembly line at the Crawford. It’s the second-most significant DeLorean in existence.

While the DeLorean is the most iconic 80s car to the general public, the rest of the temporary exhibit features some deep cuts and B-sides. Cars like the radical-looking 1982 PPG Pace Car used at the inaugural Cleveland Grand Prix and the winning IndyCar driven by Bobby Rahal. Those cars have been in the museum’s collection since the end of that race.

The rest of the collection features locally curated 80s and 90s cars that will be periodically changed during the duration of the exhibit. The vehicles are also accompanied by period correct clothing on mannequins from the museum’s costume collection and period props. These extra items really help you get in the mood and give a greater context to the whole exhibit.

An interesting juxtaposition of cars is a 1992 Viper R/T and 1992 Stealth R/T. Two cars from same manufacturer that couldn’t be more different.

One was a ground up muscle sports car that made of hell of a splash in the early 90s. The Viper was a bare bones performance-focused car with a massive V10. Early models lacked A/C and had canvas tops and vinyl windows. It was very much a throwback to the Cobra. Early cars even lacked air bags.

The Stealth on the other hand, was a badge engineered version of Mitsubishi’s halo sports car, the 3000GT VR4. It’s performance came from the use of technology; a DOHC 24V V6 with twin turbos motivating a rally proven AWD system, wrapped in active aero, with an adjustable exhaust. The Stealth was only about a half-second slower to 60mph and through the ¼-mile than the Viper and without a doubt more livable day to day.

Beyond that, the museum also boasts an impressive collection of cars that starts in the brass era and gets newer; they even have a decommissioned EV-1. And if you just go for the stainless steel machines, the stainless steel-bodied Fords of Allegheny Ludlum will take you back to the future in other ways. These were used as traveling examples of the durability of stainless and cutting edge manufacturing of the day.

If you find yourself in the Cleveland area between now and March 24, 2019, it’s well worth a trip to the Crawford Auto-Aviation Museum. It’s not only Rock and Roll in Cleveland.

PS: They also have an impressive collection of other significant cars and airplanes on display. A neat treasure of an auto museum you might miss in the shadows of the rock and roll Hall of Fame. 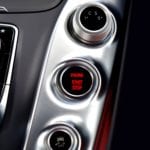 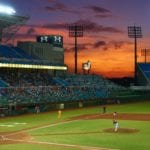