Cherry pick what works for you.

This morning (I’ve fallen behind and lost my two-day buffer on these things), I read an email from one of the A-listers I’ve been following on and off for most of the last decade—Chris Brogan. He suggested further abridging the classic elevator pitch into what he called a flag and a song.

The flag is what you do. The song is what makes you special. One of his examples was, “I sell destination travel marketing” (flag). “People want to get off the beaten path but feel confident and safe. I make that happen.” (song).

Now, I can dig this advice. I personally spent weeks going back and forth with Scott Gould about how to distill TGP into something similar. “The Gearhead Project is a [ ??? ] that helps [ gearheads like us ] do [ stuff ] that helps them [ get a result ].”

If it was easy, I’d have it defined by now, ya know?

Which goes to show I’m not about pretending to be some kind of expert with all of this. I’ve cherry picked more than a few ideas over the years. Combined with the experiences I’ve had at work and playing with cars, I’ve figured out that I can help some people out there.

So I think Brogan’s advice was spot-on. Hell, I’ll even take a crack at a flag and song for TGP right here:

TGP is a gearhead services organization. Gearheads want to do their own thing, and feel confident and effective doing it. We help each other succeed.

I’ll go on the record as saying I don’t 100% agree with either Brogan or Gould—though I have the utmost respect for anyone sincerely trying to make a living of helping others. I think it’s important to define what you do so others can more easily understand—if you can’t easily explain what the hell you’re doing, how is anyone else supposed to get excited about it?

I can’t really define TGP in terms of flag and song. I can’t put a label on it and tell you what it does—because as of right now, we’re still getting this thing into first gear. Maybe if we defined it better we could be growing faster. That’s fair—but the whole point of TGP is helping gearheads like us figure out what we wanna do and how to spend more time doing it—we don’t fit in the usual boxes. Scale doesn’t matter as much as fit right now.

The point of this little ditty is you have to cherry pick the ideas that work for you—who you are as a person and your situation. Make them your own.

We gotta be able to tell others what we do and how we do it, sure, but more importantly, we gotta know why we do it and actually funking do it. If you build it, they will come, right?

They say there’s no new ideas, only new ways of combining them to be more effective.

When was the last time you took stock of the ideas that speak to you? 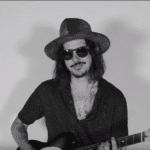 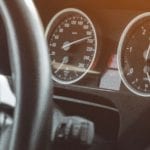