Back to the Future II – Bring it home

I’ve bought a few vehicles from the Japanese Domestic Market.

Okay fine. More than a few? But not quite a baker’s dozen. In any case, I learned early on to expect the unexpected, prepare for every eventuality, and assume everything is suspect until you can verify it with your own eyes. 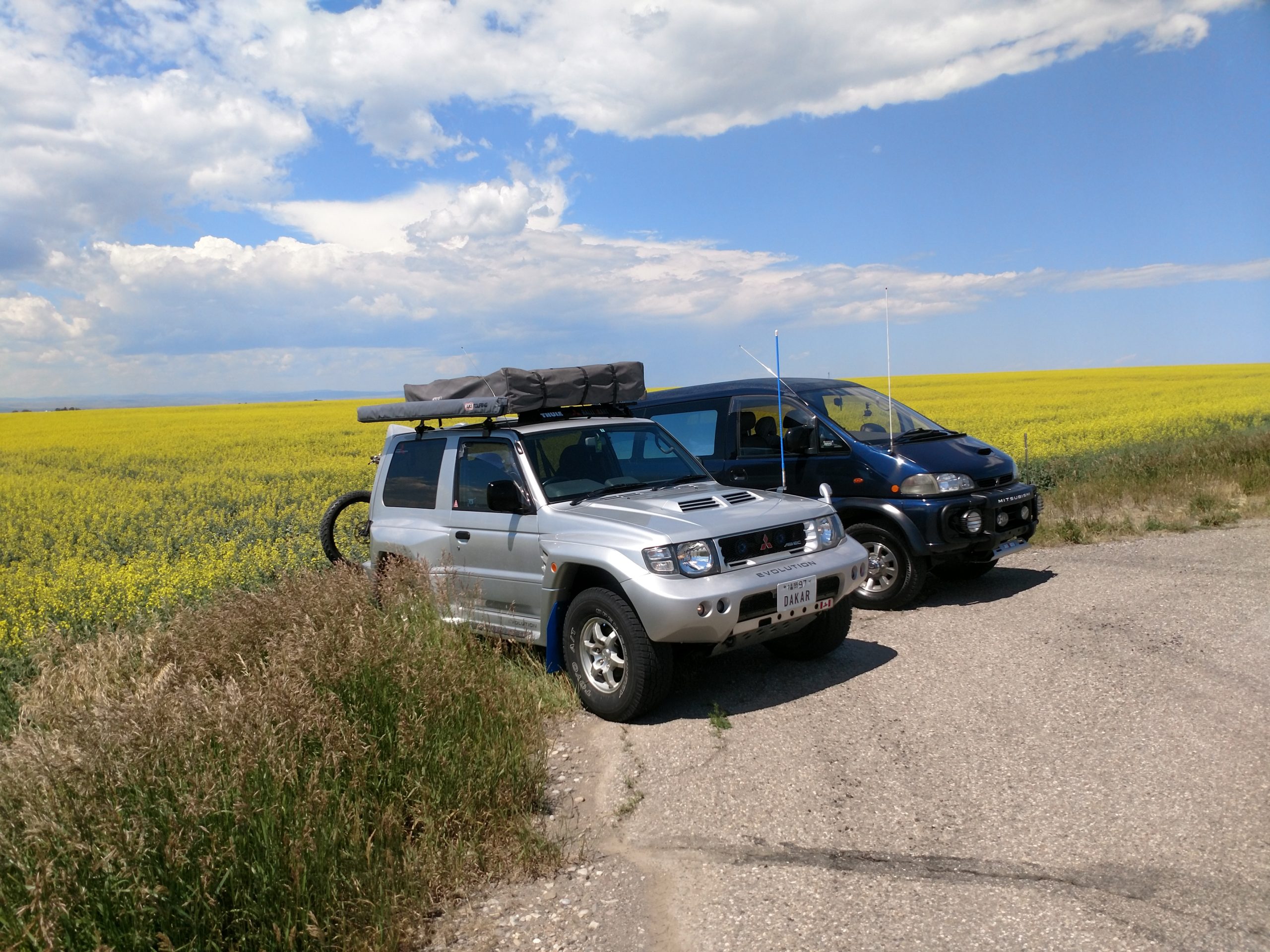 This approach to buying something sight unseen has served me well, and protected me from potential mishaps over the years. From having a spare battery on hand when picking up a rig, to swapping a fuel filter on the fly because it froze on the way to get fuel, I’ve been able to deal with adversity because I’ve been prepared. Another thing I’ve tried to do was minimize the distance I had to drive until I could get it home in my garage and give it a proper going over. This meant having the vehicle shipped from the coast, to about 3 hours north, where my importer had a shop. 3 hours on a highway was definitely less risky than 11 hours through two mountain ranges.

So on the morning in question, as I’m hopping on the plane to fly to interior British Columbia, with no tools, and the shirt on my back, I do have occasion to question if I’m progressing, or actually going backward. The irony that I’m flying west into Pacific time and thus ACTUALLY going back in time isn’t lost on me.

Why am I taking a risk on this truck?

I hate to admit it, but I’m going with a gut feeling. This truck had one owner it’s whole life in Japan. There are records to prove this. It hasn’t hit 60k miles yet, and I’ve seen a video of it from top to bottom that gives me reason to be optimistic. But more than that, the current “owner” (who only put about 2000 kms on it when he imported it) is a car guy. And a fan. He doesn’t come right out and tell me this, but I get impressions. The guy only used genuine parts. He wasn’t sure right away that he was going to sell it to me (or anyone) until I showed him pictures of my Pajero Evo. He didn’t want to deal with email/text back and forth, but wanted to talk on the phone. Moreover, he complained about a rub mark on the rocker panel, with genuine disappointment (I’d challenge you to find it). He took more than thirty pictures of it AFTER we had reached an agreeable price, to make sure I knew what I was getting. Then he washed and waxed it. The list goes on.

It felt like I was buying a vehicle from myself.

Every used vehicle is a risk, but in this case the risk seemed as mitigated as it was possible to be.

We got to the airport, and he picked us up in a large, modern SUV. Turned out he worked in the automotive industry, and had left the Land Cruiser in a showroom so I could look it over inside, with lots of light. I won’t reveal any more about the seller, but suffice to say he was a gentleman and genuine nice guy, who presented the truck honestly, if not a little conservatively in terms of its condition. It was MINT. This term is overused when presenting cars these days, but if there was such a vehicle, this was it. No rust anywhere. NONE. No dents, few tiny chips, and brand new wheels and tires, plus a set of winters on Toyota wheels, which I asked to remain mounted (this was fortunate, as we’ll find out later).


It felt like I was buying a new, 20 year old rig. I test drove it, we signed the paperwork, and AJ and I promptly proceeded east, a little giddy with our prize. We had the four wheels/tires in the back, along with an OEM water pump and timing belt, since it was due soon, and the seller had already procured the requisite bits.

As soon as we hit the outskirts of the Okanagan area, it began to rain, before quickly turning to snow. By the time we reached Roger’s Pass, the snow had blanketed the road, and the rest of the way through Kootenay and Banff National Parks was a full on winter blizzard, complete with unplowed roads, and a semi over the bank on its side, lights still flashing.


No I didn’t have a shovel, or traction boards. But the winter tires I had asked him to leave in place did their job, along with the permanent 4 wheel drive system of the Land Cruiser, and we made it home by 9:00 PM without incident. So I guess I was somewhat prepared?

The next day I was able to take stock. 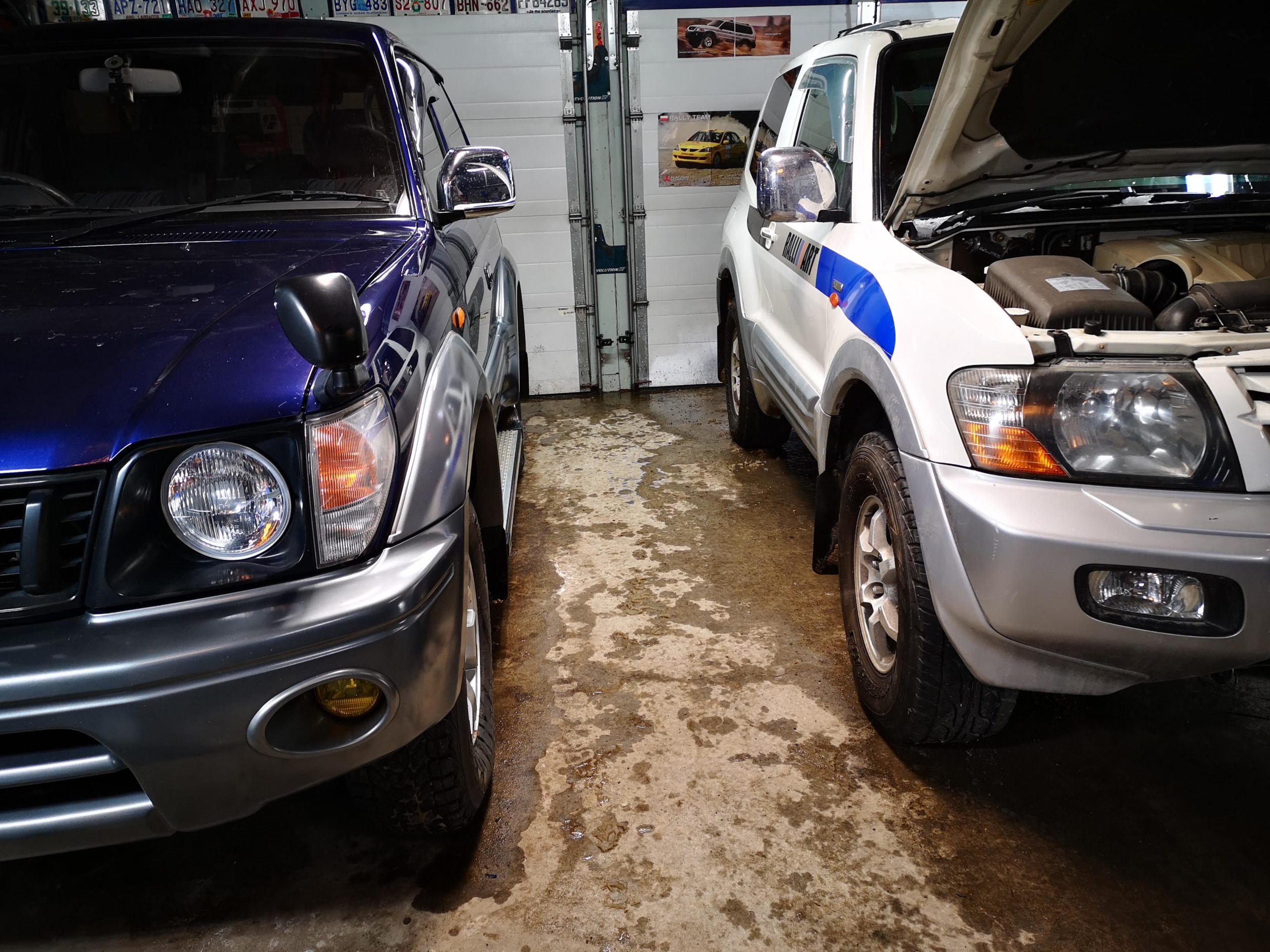 I was happy to see that I had in fact gone back to the future.

My very first JDM rig was a 1991 navy on silver SWB manual trans diesel Pajero, with round lights. This description should sound familiar, since it is exactly the appearance of this latest quarry. But along with capturing the spirit of that Pajero, it has more power, while being smoother and quieter, as well as 20L more fuel on board. Additionally, the boot space is bigger, and the overall rig is a little longer. All the things I loved about that first Pajero are there, only 8 years newer and a few tweaks here and there to make it fit my needs a little bit more perfectly.

I went back to the things I loved about that first rig, in order to go forward with this new one. And so far? I’m really glad I did.

Back to the Future is the perfect way to describe this new truck. I think I’m going to love it as much as Marty loved his pickup, and I won’t even have to put up with Biff! 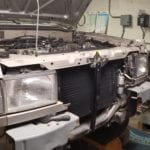 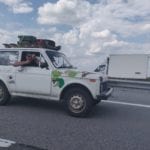