Once upon a time, I met this bloke down under with a Galant VR4 rally car named Peter Dunn. He’s proven to be something of a mad scientist. When he’s not sneaking a variety of car parts on the train to work in the morning, he’s out in the shed working on one of his (many) absolutely mental rally cars.

This interview is for Gearhead Project Ryan C.

Back in October, I asked our subscribers what they’d like to see from The Gearhead Project. Ryan C. asked for something turbocharged and all-wheel drive. Ryan, I’m sorry this took nearly three months to complete. This one’s for you.

It’s the BRZ we’ve all been waiting for.

BD: Peter, where are you located, what do you do for a living, and what’s your daily driver?

PD: I am located in the best city in the world—Sydney—near the base of the Blue Mountains in Penrith. I am an IT project manager and I also have the business, Alliance Motorsport, that is commencing manufacturing rally-specific components like strut tops and suspension arms. (This will make sense later.)

My daily driver is a 2006 WRX. I also have a Holden Adventra towcar/service vehicle, and a Ducati ST4s.

BD: How many rally cars do you currently have, running or not, in your possession?

I’ve also got a 1987 Series 4 RX7 that’s being slowly rebuilt as I find cheap parts. (The only car that does not run.. at the moment!)

BD: While we might have originally met because Mitsubishi Galant VR4, you’ve spent considerable time playing the baddie in a Subaru. And now you’ve gone completely mad, building something completely off the chain.

Tell us a little bit about the BRZ. (High level intro here. We’ll get into tech/specs in a bit.)

PD: The BR_X fundamentally is a STi drivetrain squeezed into a BRZ chassis. On face value, it may seem to be a simple swap—but there are a few very good reasons Subaru and Toyota have not produced one! TMR has built one, but that’s “technically” not Toyota.

The main driver for using the BRZ was to simplify the powertrain swap of a STi into a lighter shell… Well, that was the theory.

The one advantage I have is access to some very serious fabrication specialists who have been happy to show me what to do over the years. The existing STi is very reliable and has a fair bit of grunt, but the weight of a GD-on Subaru Chassis is its main drawback.

To get a GD Subaru “down to weight” requires some borderline excessive lightening and sheetmetal removal from the reinforcement under the surface sheetmental—something I was not keen to do for walking-out-of-a-crash reasons!

So part of the BRZ choice is safety. I do not need to cut excessive sheetmetal from the car!

The project overall is to produce the individual components and assemblies others with reasonable fabrication abilities can use to fit a WRX/STI drivetrain to another vehicle. Using an Evo-style drivetrain may have its advantages, but a WRX/STi drivetrain is cheap, robust, and easily obtainable/upgradable.

There are a few people who “build” shells allowing the WRX drivetrain to be installed in other chassis types, but they don’t supply the critical parts like strut towers.

This may sound all high budget, but the car shell has been built in a paddock. The motor/gearbox in an average garage. And the subframes welded up in a carport.

If you want to try, it doesn’t matter where you build it !

BD: Very interesting. So you’re basically following in the OEMs’ footsteps a la the early 90s, when Subaru and Mitsubishi took the AWD drivetrains out of the larger, heavier, getting-long-in-the-tooth Legacy and Galant platforms and put them into the smaller, lighter, more nimble Impreza and Lancer platforms. They gave those cars to Richard Burns, Colin McRae, and Tommi Mäkinen. And what followed was perhaps the most exciting decade of WRC competition since Group B.

I love it when this kind of history repeats itself.

How does this sort of thing fit with the rulebooks? Custom jobs like this are probably easy to get logbooked for the regional, clubman-level events anywhere in the world—but you like to run the odd WRC event from time to time, and I find it hard to believe you’d put this much effort into building a tough, competitive machine that you wouldn’t be allowed to run against the big boys.

PD: The general philosophy of the G4 class is that a homologated Group N/A drivetrain is fitted to a different bodyshell, fundamentally giving a Production rallycar. The allowances give the ability to build a “Group A” style car and also leverage off the less expensive 2L powerplant options. It’s also apparent the G4 class is a stepping stone to the AP4 class, which is a regional version of the R5 regulations.

BD: Very cool, mate. I’m also curious, doesn’t having one-off, custom subframes and such put you at an increased risk of DNF? I mean, if you built the parts, you’re in a good position to fix the parts at service—which you’d probably have to do, since it’s not like you can buy them anywhere—but how confident are we in sub-frame welds done in a dirt service park in 30 minutes or less? Can you talk to the opportunity costs and compromises you have to deal with in doing something like this? (Not saying they’re bad, but to help people understand the design and performance considerations and constraints the influenced how you went about designing this stuff.)

PD: As my car is the first G4 car to break cover, I guess i’ll be the first one to find out! There are several under construction, but under the skin the drivetrain is fundamentally a 2L STi, so it’s not a total unknown.

To this vein, replacement CrMo and reinforced subframes are allowed, so strength shouldn’t be an issue. To allow the building of a tubular subframe, you really need to make a jig to assist with building of the subframe, as I will need spares. I already carry several spare subframes to rallyies with the STi. Sp producing subframes for customers isn’t too far a stretch!

BD: And while we’re at it, you mentioned wanting to make this replicable by others with basic fabrication skills. What do you mean by that? Fabrication as in, “replace the front and rear subframes and driveline assemblies”, or “weld up these pre-cut, pre-bent pieces per the drawing and THEN replace the front and rear subframes, etc.”? Are you developing kits for individuals, or more for shops that might want to do several such conversions?

BD: Knowing how this project could go in a couple different directions, how much of your situation feels focused on building yourself a better rally car vs. building a rally/motorsport business?

PD: The focus is more chicken and egg… The basis of building the car is creating a car that’s capable of continuing my strange obsession with entering international rally events. To do this, I need to make jigs and create parts in CAD, plus manufacture parts. If I have the jigs and designs, it’s a bit silly not to spend the extra few minutes and productionize the design!

BD: This sounds like one hell of an adventure, Peter. Where can gearheads interested in keeping up with your shenanigans these days?

It’s so easy to see others’ success these days. Social media thrives on making us feel like we need ever more stuff in our lives. Peter, here, could probably sell off a couple rally cars—they’re running, after all—and pocket a tidy sum he could use to build a nicer workshop or fancier tools to speed his BR_X development along.

Instead, he’s a hustler. He’s the scrappy bloke next door who doesn’t have time for bullshit because he’s literally out back playing with fire and steel and making things happen. Just goes to show, you don’t have to cash out to invest in your future.

You just have to show up and make it happen. A little bit at a time.

Press on regardless, Peter. We’ll see you on the stages.

Here’s a link to my original interview with Peter back in 2013: https://www.gearboxmagazine.com/1-09-peter-dunn-wrc-australia-flat-stick/

Are YOU building something? I’d love to hear about it. Leave a link in the comments and say hi! 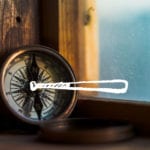 What To Expect When You're Expecting. 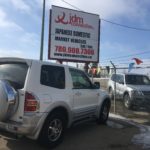