A Case of The Mondays

I am in way over my head with this.

Yeah, I’ve got all these big ideas and an excellent partner and an excellent team and a list of awesome people who care about where this is all headed subscribed to the newsletter and even all kinds of experience working with this sort of stuff from my automotive and professional lives—but I’ve never done anything like this before.

I mean—we’re building this dream on a forum.

A FORUM. In 2019! After a solid decade of Facebook and Google doing to small websites what Walmart did to small town America—buried Main Street in disposable, made-in-China crap wrapped in the flag—we’re going to build our future on something we’ve seen time and again we all want—but don’t really when the chips are down.

We’ve all seen a new forum or two launched in the last five years. Maybe we even signed up, too—and it isn’t long before those forums flame out. Six months later, we go back and find the admins got tired of fighting off wave after wave of bot spam and just shut the whole thing down.

I recently had the honor of sitting down with Andrew Pascarella and Brad DeSantis to record an episode of the Auto Off Topic podcast in my own garage. I thought we were going to talk about the diversity of the events they’ve been attending. You know, RADwood versus Misslewood versus Cars and Coffee. That sort of thing.

Nope! They wanted to talk about TGP. Brad, pulling an ice cold, New England brew from a soft-sided cooler, handed it to me and said, “We love The Gearhead Project—but we don’t know what it is. Is it a forum? A magazine? A podcast? We need you to explain yourself.”

I’ve spent the last decade standing at the intersection of automotive, marketing tech, and startup culture. I’m pulled in all those directions. I’m trying to reverse engineer the stuff that makes all those serial entrepreneurs billionaires overnight so we can share it with each other and maybe live better lives—but how do you go about doing something like that?

I disagree. Forums, as we used to organize them, are on life support. Much as we might love our particular makes, models, or pursuits, our interests are more diverse than that. I love my Mitsubishi Montero and still have a passing interest in rally racing, but not enough to make seeking out forums for either of those things feel like anything more than an extra stop on the way home from Target.

Look, 10 years ago, I got tired of waiting on other people to start a Mitsubishi/DSM magazine online so I bought a domain, installed a free WordPress theme, and started emailing people a list of questions about their Mitsubishis and DSMs. I was flying by the seat of my pants.

I am still flying by the seat of my pants—but now I have experience.

I’ve learned from my mistakes. I’ve tried a bunch of stuff that went nowhere—and even some that went backward—but I believe in this mission enough to keep going. And you know what? Things are finally starting to click.

Anyway, over the years, I’ve talked to a lot gearheads like us who’ve suggested they feel like all the good ideas are taken, like there’s no point in trying to get to the next level because the next level is super competitive and they think they need some kind of fresh, one-in-a-million idea.

Everything’s a remix. Everything. What really matters, what makes all the difference in the world is how you make people feel. I want you to feel good about being a gearhead. I want you to feel like it’s more than a hobby, more than something you have to keep quietly off to the side because business and pleasure aren’t supposed to mix.

In 2011, there were about 150 marketing technology (martech) companies on the market. As of 2019, there’s over 7,000. It’s ridiculous. If you want to improve conversion rates on abandoned cart emails sent to slammed Forester owners who are influencers in the menthol vaping community the day after new Top Gear episodes by 0.3%, there’s probably a martech startup out there selling that shit for $10,000 a month.

It’s something of a joke in the marketing industry.

It seems to me most of what passes for entrepreneurship these days is less about building companies that last and more about building deep niche feature sets Google, Facebook, or Amazon will buy out for 9-figures or more. I see “serial entrepreneur” and I think “sellout”.

I am in way over my head with this—but I’m not giving up.

If you’re sick of Facebook’s shit, if you want more automotive goodness in your life, if you wish we could bring back the forum because it made so much sense and actually connected us to each other as human beings—something social media has promised, but largely failed to deliver—if you just want to know WTF TGP is all about and going to become (in the next 90 days or so, I might add), download and listen to this: 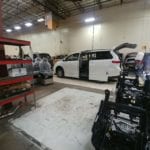 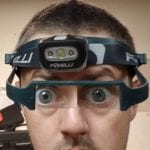