What is the Mitsubishi e-Evolution?

We love just about all vehicles at The Gearhead Project, by just about all manufacturers. This gearhead loves Cannondale Habits, Triumph T120s, Piper J-3s, Ta Shing Baba 40s—among others. But when it comes to cars, though I love just about everything from Aston Martin to Zagato, the love of my automotive life for the last 22 years has been Mitsubishi.

I owe much to the three diamonds. The 1997 Eagle Talon I bought in 1996 (after walking on the lot to buy a 97 Jeep TJ, by the way) introduced me to friends who became family, mentors, business partners. The skills I developed with their help learning to maintain, modify, and repair that Talon—and the Mitsubishi community online—over 14 years directly translated into career advancements that changed my entire life.

Aside from the two GVR4s, I haven’t owned any factory turbocharged Mitsubishis. I cut my teeth on a base model, 2GNT DSM. Because of that, I never equated my vehicle’s worth to aftermarket support. We were the underdogs, the black sheep—the 96% of all second gen DSM sales that kept the GS-T, GSX, and TSis on the lot through the end of the 20th century.

A brief history of Mitsubishi & “Evolution”

Not to say I didn’t or don’t emphatically love the factory turbocharged models and all that “Evolution” means when Mitsubishi adds it to the trunk. On the contrary. I know “Mitsubishi” plus “Evolution” means get the funk outta the way, because these cats have decided they’re going to compete here—and they don’t hedge those bets.

In the early nineties, Mitsubishi decided to chase World Rally Championship (WRC) glory. They missed the Group B boat with their Starion Evolution. They quickly pivoted to the Galant platform, with the VR4 homologation special, also available in an Evolution trim in select markets.

Not long after, as WRC competition demanded smaller, more nimble platforms, Mitsubishi shoved the GVR4 (also available in an Evolution variant) powertrain into a little Lancer sedan, and we all know where that went. I think their WRC winning streak only recently fell to that French devil Sebastien Loeb.

Meanwhile, they remain the most successful manufacturer in Dakar Rally history through the consistently brilliant performances of the Pajero, which most North Americans know as the Montero. That’s right, there was a Pajero Evolution as well. (And, as Phil can attest, it’s a beast!)

What is the Mitsubishi e-Evolution Concept?

And so we come to the meat and potatoes of this article. If you missed the live, North American reveal of this concept vehicle, here it is:

It’s a statement. It’s a renewed Mitsubishi Motors speaking up and telling the world, “You know what it means when we ‘Evolution’ on something. Today, we’re officially putting it on electric vehicles.”

This Mitsubishi fanboy is excited.

A handful of us got a chance to spend some time with President and CEO of Mitsubishi Motors North America (MMNA), Fred Diaz, at Mitsubishi Owner Day (MOD) in July of this year.

In the video above, he’s a CEO in a tailored suit and tie, speaking to the world at a major auto show. At MOD, he was a gearhead like us, a truck guy in shorts and a t-shirt, walking around, talking trucks with the Montero owners.

Having done a little research in advance of the North American reveal, I could tell he was speaking from the press release around the e-Evolution concept. And that’s to be expected. The Chief Executive Officer should be reiterating the brand’s official message.

What did Fred have to say? Let’s unpack it a bit.

2018 marks six consecutive years of double-digit sales growth for the brand. This is because their product team anticipated the popularity of crossover utility vehicles (CUVs) years ago and shifted their product development efforts to have the right vehicles in the right place at the right time.

Fred talked about their growing dealer network, complete with sharp, edgy branding using the red, black, and white color palette, being rolled out to 30 new dealerships in the US by the end of 2019 and all globally beyond.

A decade of electrification experience.

Fred pointed out electrification has been a part of Mitsubishi Motors’ (MMC) portfolio for a decade and will continue to be a focus into the future.

The Mitsubishi e-Evolution represents the future of Mitsubishi Motors.

Mitsubishi is dedicated to leading and staying at the forefront of vehicle technology. From their Super All Wheel Control (S-AWC) four-wheel drive technology, to general vehicle electrification, connected car advancements, and Mitsubishi’s shared social values with dealers and [ real, actual ] customers, the e-Evolution is a technical prototype built to illustrate the strategic design direction of a renewed and recharged brand.

The evolution of MMC’s DNA in an EV CUV form.

The e-Evolution is THE visual symbol of MMC’s future. It combines the advantages of an SUV [ read: not rock-crawling tractor ] with the powertrain of an advanced EV and intelligent cloud computing capabilities. It is the evolution of Mitsubishi Motors’ performance DNA adapted for today’s consumer in an electrified crossover utility form.

Fred mentioned neatly integrated systems comprised of artificial intelligence, connectivity, onboard computing, and cloud computing being paired with advanced powertrain features such as high torque electric motors mated to S-AWC—You know, like that 550-horsepower, three-motor EV that took 1st and 2nd at Pike’s Peak back in 2014, pictured above. The e-Evolution, distills the very best of what MMC is known for and is a prelude to the brand’s future design direction.

Mitsubishi is committed to electric utility for all.

In 2017, MMC rolled out a 3-year, global business plan called “Drive for Growth”.

“Mitsubishi is committed to electric utility for all. That means we will be a global manufacturer of versatile vehicles that tread lightly on the planet. The e-Evolution concepts put that concept on wheels.

Mitsubishi is a partner in the world’s largest automotive manufacturing alliance and we will continue to use these synergies to make better cars for our customers and contribute to Mitsubishi’s sustainable growth. But that being said, be assured that Mitsubishi will continue to keep a unique brand identity. As already demonstrated by the new Eclipse Cross and Outlander PHEV, and our growing US dealer network, we will succeed.

At Mitsubishi, we believe the plugin hybrid is about to go mainstream as a true, non-compromise vehicle. Mitsubishi helped pioneer the crossover electric vehicle with the goal to maintain a leadership space in the EV spegments all across America. And to that end, Mitsubishi’s model lineup will be expanding to provide quality, cost effective, versatile options with an industry leading warranty.

Mitsubishi’s future is bright, ladies and gentlemen, and the possibilities, quite frankly, are endless. I know these are ambitious plans, but Mitsubishi is committed to drive your ambitions.”

WHAT DOES ALL THAT MEAN?

Mitsubishi has a habit of being too clever for their own good, of being a little too far ahead of the curve. Remember, when fuel prices skyrocketed and everyone else was licensing Toyota’s hybrid technology, Mitsubishi was piloting the fully electric i-MIEV. Womp womp.

Their time is coming, though.

Everyone knows what “Evolution” means when Mitsubishi uses it.

Mitsubishi is going big on EVs. And there will be Evolution models.

And you know what that means. 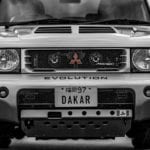 The Evolution of Mitsubishi? 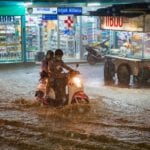 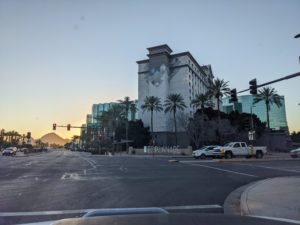