I’ve had two conversations in 24 hours that made the line between what TGP is and what it does completely vanish. One of which being the response I got to an email I sent to my team this morning asking what I can make sure TGP does for THEM.

The big idea is helping each other troubleshoot and modify our lives like we would our project vehicles. I know it’s a bit ethereal, but it’s a damn solid metaphor. Give me an example of something you do to a car and I bet I can use it to describe some part of my life.

Anyway, it’s not the sort of thing people are used to yet. We’re all still accustomed to mass market, disposable stuff. So I figure I make a point of trying to help one person at a time and tell the stories here to hopefully inspire others to catch on and play along.

Except it’s starting to feel like everyone I talk to is talking about things with me like we’re not just talking about this stuff—we’re actually doing it. It’s like Neo finally sees the Matrix or something.

Two conversations in 24 hours, where I’ve asked others how I can help—and not only do they ask me to legit help them with something—they appear to be working on the same shit I am from an entirely different angle and skillset.

I don’t know what’s just happened, but I literally dropped everything to write this one up and publish it on the spot. 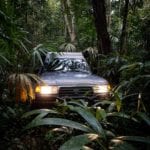 This. This right here.

I've got a bad feeling about this... 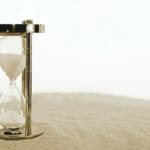