I didn’t even know who you were until you called my cell phone one Thanksgiving afternoon, offering to meet me in Flagstaff with a front bumper and cover for 195/2000 after the car had been totaled by those inattentive, red-light-running shitheels.

In the years that followed, you shared a metric funk-ton of knowledge with me. And I’ve always considered that one hell of a compliment. I mean most of my regrets related to getting out of the Galant VR4 game stem from knowing I never got a chance to see some of your advice through to where the rubber meets the road.

You serve as a reminder that, when you’re going through Hell—keep going—but always, ALWAYS, treat others with respect and dignity. There’s still such a thing as honor in the world. I appreciate knowing there are still those out there who value it.

Thank you for being a mentor, a technical consultant, a true believer in the 6th generation Mitsubishi Galant VR4, and a cantankerous sumbitch who tells it like it is.

I wouldn’t have it any other way. 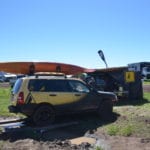 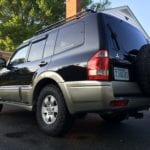